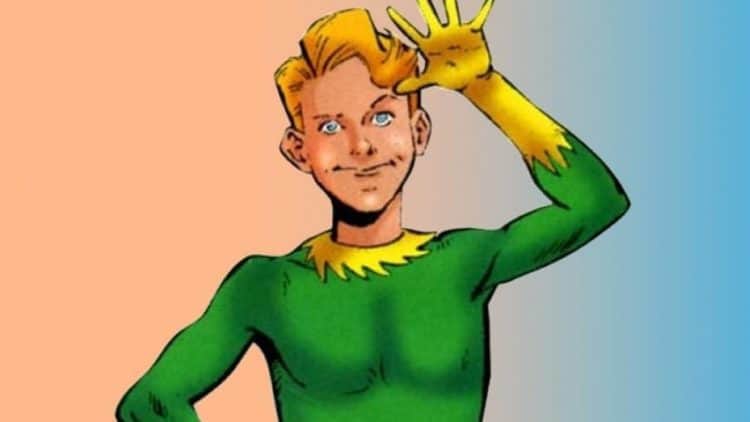 It would definitely be a bit frustrating to have the power of an Eternal but be stuck in the body of an 11-year old as Sprite has been. This character is one of the immortal figures that will be featured in the upcoming Eternals and will be gender-swapped, as the normally male character will be portrayed by Lisa McHugh. There are three individuals in the movie that are being gender-swapped, and Makkari and Ajak are the other two, as they will be played by Lauren Ridloff and Salma Hayek respectively. Why the gender swap is happening is hard to say, but Marvel has become another company that has decided to employ swaps when needed as other movies have done this as well. Sprite, while normally a male and the only Eternal that Sersi wouldn’t mess with, will now be an immortal stuck in a young girl’s body and it does feel as though this could be made into a few jokes and a bit of running commentary that might be designed to make people laugh. Whether or not that will really happen in this ‘woke’ time isn’t certain, but what is certain is that Sprite could possibly gain the attention of a lot of people simply because it’s not often that we see a child-like hero standing amidst the rest of them without said individual being calmly but firmly ushered to the side so that they don’t meet with a most gruesome end.

As an Eternal, Sprite can handle himself pretty well since he’s strong, quick, powerful, and has control over illusions that are able to confuse the senses into thinking that they’re the real thing. It does go without saying that he’d probably beat out someone like Mysterio, who has to rely on technology for his illusions, especially since this is an innate talent that Sprite possesses. His illusions have actually been good enough to fool his fellow Eternals, so it’s easy to think that he’s a very powerful individual. It will be kind of interesting to see how this character is presented in the upcoming movie though, and whether Lisa McHugh will be to display Sprite as anything but playful and childlike since the character is older than many characters in the MCU. Obviously this doesn’t mean that Sprite can’t be a bit mischievous, but until we get to see the movie it’s going to be a big question of how the character is going to show up and what she’ll be like. It does feel as though some folks will wonder why the gender swap was necessary, but at the same time, it feels as though a lot of people don’t know that much about the Eternals so it could a non-issue going into the movie. That would probably be for the best.

In the meantime, wondering if Sprite could get a solo movie is also something that might need to get left by the wayside, at least for now, since much like any other character it’s entirely possible but it’s also hard to say yes or no without knowing just how the character is going to come off on the big screen just yet. Plus, the fact is that the MCU is already moving ahead with a few established projects that will likely take it a while to realize, and by the time Sprite is able to be considered for a solo movie a number of years will have passed and a new actor might need to be considered. There are of course storylines that could explain a character aging, even one that’s been cursed to remain in the body of a younger person, but it feels as though Marvel would want to consider making this movie into a streaming feature at best if it happens at all. There are so many Marvel characters out there that making a solo movie or show out of all of them would require decades, possibly a century or more to explore fully, especially since if one were to list them all they’d need quite a while to do it. That’s seriously how many Marvel characters there are, as there are enough teams to populate a country and plenty of individuals that people might feel could field their own movies or series. As one of the Eternals, it’s possible that Sprite could be worth a spinoff of sorts if the character resonates well enough with fans, but that’s a big ‘if’ since The Eternals isn’t all that well known and even in the comics they’re not exactly the most prominent group no matter how far their history goes back.

So saying that Sprite deserves a solo movie isn’t an ironclad statement, but saying that the character could possibly make a spinoff work is something that might be interesting to look into later on down the road.