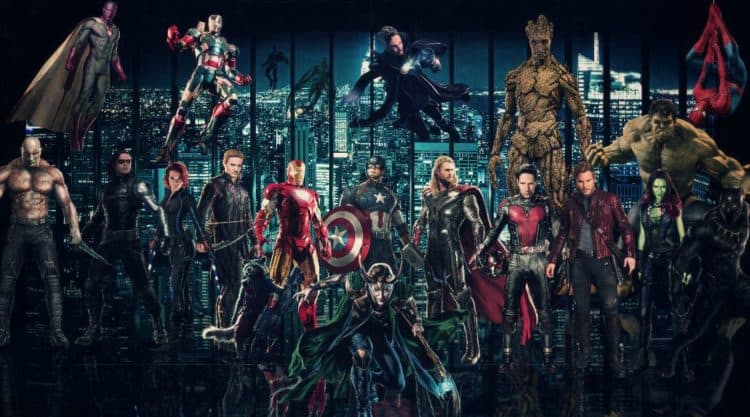 There might be a few Marvel fans that would want to puff up their chests at the mention of Neil DeGrasse Tyson being more of a Marvel fan than a DC fan, but they might not be talking too much after his explanations of a few characters. As Kevin Burwick of MovieWeb goes on to say the renowned astrophysicist does kind of take the wind of out the sails just a little bit by going into explanation concerning how the Hulk would be far less dense if he retained the same amount of mass after transforming from Bruce Banner to his big green goliath form. This would mean that anyone hitting the Hulk full on would inflict a massive amount of damage, and the big guy’s punches would be pretty ineffective. Plus, Thor not needing huge muscles kind of goes against all the stories and myths that have built him up since before he was taken on by Marvel, so there’s another strike. Plus, without an explanation of why Black Widow would be able to dropkick everyone in sight it’s kind of hard to take his words seriously at that point. The DC vs. Marvel debate has been going on for longer than some of us have been alive to be fair, but it doesn’t have an end in sight since both companies have seen great success and are bound to have fans fighting among each other for years to come. One thing that DC can say however is that they don’t have heroes named SafeSpace and Snowflake.

As a Marvel fan it’s easy to sit here and extol the virtues and upsides of the Marvel universe in a big way while trying to mitigate the ways in which the DC heroes and villains might be about to counter anything and everything Marvel could throw at them. But then there’s one very unifying thought that pulls it all together and, for those us that have matured, makes this debate matter just a little less. The heroes have no reason to fight each other and no reason to show who has the better power or bigger ego, while the villains, well, there’s always going to be someone willing to try and top the person next to them. In truth, the most powerful individuals in either universe are….the writers. Aw, did you think I was going to name a surprise hero or villain? Nope, it’s the writers that have the power and can make a hero or a villain possess the type of power or ability or weapon that can negate pretty much anything. Think of it, vibranium, adamantium, nth metal, kryptonite, and many, many more that can do some serious damage to heroes and villains that otherwise don’t have a lot of vulnerabilities to them. Jevon Phillips of the Los Angeles Times has an interesting take on superheroes and how they’ve affected their own fantasy world.

If there’s any one reason to state that Marvel is a little better than DC, it’s because their characters have far more limits to them that need to be worked around, checks and balances that keep them all from being super-intelligent, super-strong, super-durable, and super-anything else that can be thought up. In other words, Marvel’s heroes and villains are far more human even if they’re not human, meaning they have obvious flaws, be they physical, mental, or spiritual. DC has created a host of such perfect characters that when they do fall, they need to fall so hard and in such a tragic way that a comeback might not even be possible. The Marvel heroes tend to go up and down like regular humans at times, experiencing a full range of emotions and experiences in life that a lot of people can relate to thanks to the way they’ve been written. Just for an example, the X-Men, all mutants in fact, have shown a huge impact in Marvel comics due to the fact that they’ve been hunted, killed, tortured, experimented on, and basically treated like giant lab rats for no better purpose than to show how best to kill them all off. In Marvel comics there is a broad swath of gray area that is far narrower in DC, where heroes can be villainous and villains might actually stop and think about what they’re doing to people. In other words, it’s easier for people to relate to Marvel characters in more ways than they would DC characters, who even if they do have tragic stories, are far more perfect than a lot of their Marvel counterparts.

Of course there’s plenty to argue about when it comes to that as well, but from the standpoint of realizing that the real authority begins and ends with the person writing the story, it’s easier to think that none of it matters until the story is finally told. And really, some of us might not like how things turn out, but in the long run the writing can always develop a new weakness or weapon to be utilized.