Home
Entertainment
Why Omni-Man Deserves a Spin Off Show 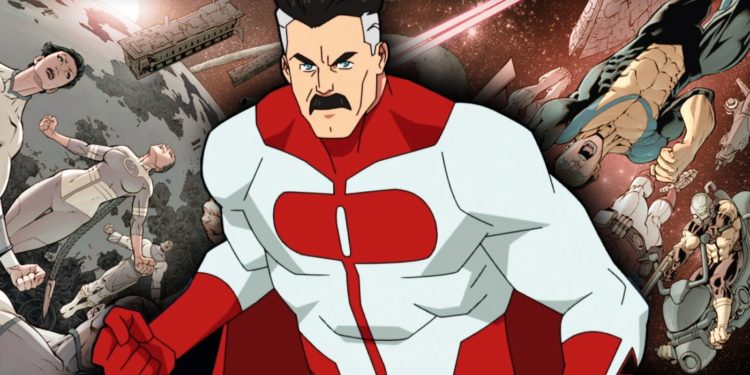 Origin stories appear to be a big thing right now, and while they’ve been a big thing for a while there are those times when people want to see the story move forward rather than go back and continue to hammer away at the reasons behind why a hero or villain turned out the way they did. As of now though a lot of people appear to be ready to reverse course and find out just what makes some of their favorite heroes and villains tick. Omni-Man is the type of character that obviously doesn’t mind getting his hands dirty as plenty of clips online exist to prove this and it’s been seen that he’ll get insanely violent when he needs to. But the fact that he was part of an invasion plan of the Viltrumite Empire is pretty interesting since it means he had a serious change of heart and became a savior instead of a villain. With all that in mind though it’s kind of obvious after reading just a part of his story that he was still something of a troubled character since he nearly beat his own son to death before leaving the planet. Omni-Man is kind of what Superman would have been like had he been sent from Krypton to conquer earth rather than sent as a child to find a safe place of refuge. Just imagine what Superman could have done had he been a fully-grown adult intent on invading and conquering earth. Omni-Man isn’t much different since he’s insanely tough, can survive in space, and is tougher than hell to take down. But unlike Superman, he knew full well what he was supposed to do and changed his mind to lead a simpler life as an author of all things. What’s really interesting though is that he documented his own adventures as science fiction stories, which is something that could be worked into a solo series rather easily.

Creating a solo series of this character would be pretty simple since there’s already enough material to work with and the format would be pretty simple. Of course, that’s from a different perspective than might be used since it’s likely that whoever took on the project would have their own vision and way of doing things, meaning that Omni-Man’s series would probably look a little different than a lot of people might think it would. But at the very least we’d get something that could possibly lead into an Invincible live-action story if things were successful enough and the show was able to make such a transition. It would be intriguing without a doubt and it might be just different enough as a superhero story to work. One thing that needs to be taken into account when talking about any new superhero series is that there have been so many of them have been attempted over the years, and so many that have failed or faltered after a while, that the general idea needs to be that if the idea is sound enough it might work, but if it’s too similar to another story it might not work. With this particular story it does feel that there are enough different twists and turns that it could navigate the minefield that is the landscape of heroes and villains that have come before, since, despite any similarities to many other heroes, Omni-Man has already proven to be a popular figure among many fans. One also has to remember that many fans are willing to follow several heroes at the same time regardless of their origins or perhaps even because of them. Plenty of fans like a bit of variety in their fantasy and don’t mind that a few of the backstories might be kind of similar.

Arguing for a solo series for so many different characters makes it apparent that a lot of people are willing to add their own ideas to the parade of heroes and villains that has been growing steadily longer throughout the years. It’s also noticeable since the technology that’s necessary to create such shows has been seen to advance in ways that make a live-action show far more possible than ever before, as several of the shows and movies that have been seen in the past decade have been nothing less than impressive given that their stories can be told in a manner that is truly inspiring and is able to be shown in full detail, or as close to it. Omni-Man might have been possible to bring to the small screen when he was created, but it’s fair to say that until he really gained a following that it wouldn’t have been that successful. As it stands, he’s been getting quite popular as of late, and it would appear that it might be time to see if he could carry his own story.