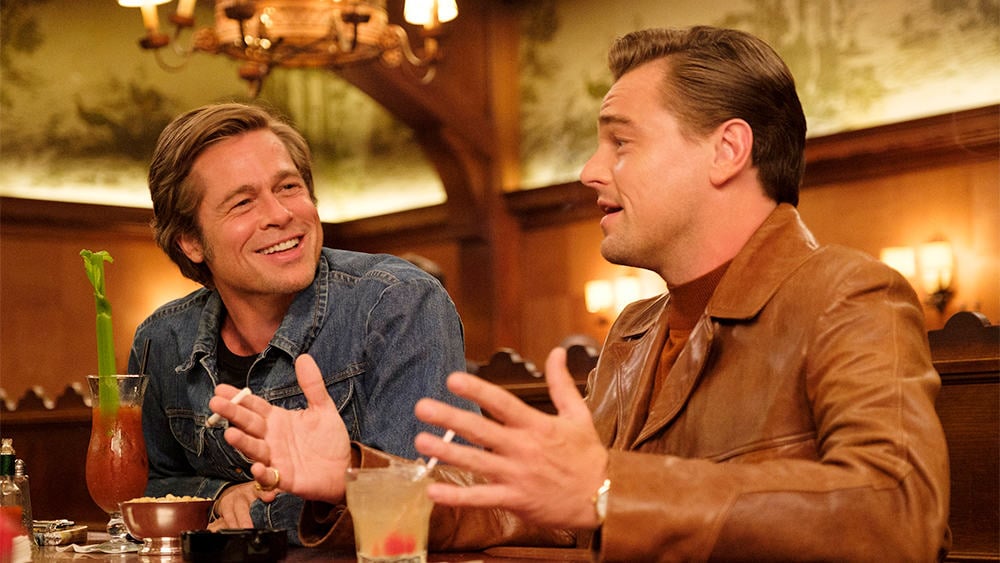 It almost feels as though no one in Hollywood is willing to admit that a great number of the elites, and the fans, have been kissing up to Quentin Tarantino for years since he came out with a couple of big hits when he started out. But at this point, people are seriously considering the idea of Once Upon a Time in Hollywood being his last movie as something worth contemplating and discussing. It’s true that his movies have made a great deal of money and have influenced a good deal of pop culture, but all in all, if this last movie is how he goes out if he’s too worried about his precious reputation to create another movie that people would flock to simply because of his name and not speak one ill word about simply because it’s HIS movie, then boohoo. Seriously, Tarantino is worried about his reputation at this point?

He’s been all but canonized in Hollywood and is seen as one of the most successful directors of all time. He’s been hailed as a genius, which is a bit extraneous really since he’s a guy that knows how to put a movie together like a puzzle using the right pieces that fit and making certain that different puzzles can use interchangeable pieces. Looking at his numerous Easter eggs if you need any further definition on that front. Tarantino has less to worry about than many people since his name has already been chiseled in stone as one of the best thanks to his box office numbers and the fans that for one reason or another think he’s on par with some of the greatest directors that have ever created a movie. So hearing that he’s worried directing another movie would result in a flop that would ‘stain’ his career, then perhaps there’s only one thing left to say. See ya.

It sounds uncaring and unnecessarily dismissive, as well as ridiculous, doesn’t it? Tarantino diehards might actually claim that I don’t understand Tarantino’s movies, that they’re not for those like myself that would say such a thing. The truth is this: if he’s so worried about what one movie would do to his reputation then he’s not as secure in his career as people might think. Others have pointed out that final appearances by actors, final movies by directors, have notoriously flopped in a big way, and that this somehow lessens their impact in Hollywood. It’s true, some actors and directors have come back for one more movie, one more run, and have ended up with results that are less than optimal. But does that erase how great they’ve been throughout the rest of their career? Does that really say that they were failures for so many years because they failed in one endeavor?

If it does, then people are far more judgmental than they believe, since one flop doesn’t negate one’s entire career, since many actors, if not all of them, wouldn’t even have a worthwhile career at this point if that was true. In fact, Hollywood would the home of the highest-paid failures in the world if just one performance or one movie could put that big of a stain on anyone’s name. People put so much emphasis on going out on a high note in their career that they worry themselves to the point of failure at times, or allow fear to dictate when they’re done. The idea of not wanting to flop at the finish, rather than go out strong with your head held high, is a nice fantasy, but no matter how long that image might last the reality is that when the moment is over a person has to realize that they’re done.

There’s plenty that Tarantino wants to do when he’s done directing, but the fact is that he wants to go out on a high note, and if Once Upon a Time in Hollywood is his high note, then it’s very likely that his legacy won’t be what he really wanted it to be. Instead, there might be an asterisk in some people’s minds to note that he quit rather than take another chance to go out on that high note that he wanted. It will mean he took the safe route, and while there’s no shame in that really, it’s not exactly what he’s been known for throughout the years since he’s swung for the fences a few times and managed to get people on board with his ideas in a way that’s made him a very rich and influential person. From a personal standpoint, I do get his movies, I do like several of them, and he has been a good director. But this idea of wanting to do something so grand or just go home, of being afraid of what a flop will do for his career, it’s already old news. If he wants to leave without trying for a grand slam then that’s the game.