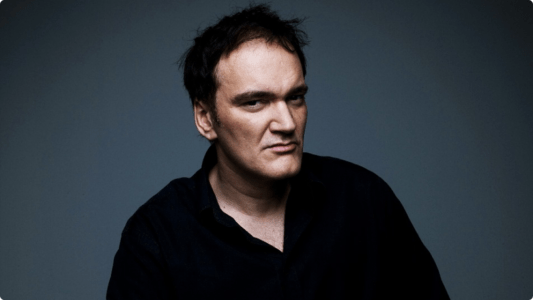 The latest rumor going around has been that Quentin Tarantino is going to be done, fin, however you want to say it, after his 10th film, and a lot of people are already starting to wonder if this is real or just something he’s said to stir up a bunch of gossip. He seems to be serious enough, but as Britt Hayes of AV Club seems fit to point out it would almost seem that he’s splitting hairs since he technically already has directed 10 movies, and here he is. In fact he’s sat in the director’s seat for well over 10 movies at this point and since we’re splitting hairs let’s just state that Kill Bill seems to be one long movie in the eyes of many, Sin City, Death Proof, and Grindhouse seemed to have been joint efforts that gave him a director’s credit but weren’t his alone, and as such he’s currently on his 9th movie, meaning that he still, in some convoluted way, has one more to go until he’s ready to kick his feet up and retire. Now if you followed that twisted train of logic then you might be just as confused as anyone, but if you’re still wondering why he would go so far out of his wheelhouse to do a Star Trek movie as his final movie you might be just as confused as the rest of us.

Looking at his list of movies it’s not so much being said that he can’t direct a Star Trek movie, but it’s very easy to say that he shouldn’t because quite honestly he’s all about blood, profanity, the most un-PC content you could imagine, and a lot of insanity that people have come to love him for. Star Trek offers very little if any possibility for any of that, and it almost seem as though Tarantino might be leaving on a note that could sour a lot of people’s taste in his movies if he decided to do this. To think that he’s already given it consideration is hard to understand, but to think that he would actually go through with it is worse. It’s true that he’s the director and possibly knows more about how to switch gears than many would give him credit for, but jumping from the movies he’s already given us to a deep space, science fiction movie seems like asking someone that’s been directing a comfy romantic flick to take on a hardcore blood and guts movie without any filter on the language or content. It’s possible, but not entirely advisable.

Plus there’s the bigger issue of the Django/Zorro crossover that people heard about a couple of months back that could only be possible under Tarantino if it was to receive any sort of justice. How the movie would play out is still anyone’s guess but Tarantino would be needed to really make it pop. This is where the idea that some have come up with, that Tarantino might retire after his 10th movie only to come back years later with another idea, might come into play. He wouldn’t be the first person in show business to retire and then come back when a new idea pops into his head after all, and it would seem fitting in a way since as much as this idea has been kicked around that he’s just going to retire and live the good life after, it’s still hard to believe that he wouldn’t miss it that much.

For a while now Tarantino has been amazing people on screen and behind it with the kind of material he produces. Not everyone has agreed with his choices to be honest but a lot of them have still gone to watch what he has to offer and quite honestly even the most staunch detractors that he’s accumulated over the years have gone to at least a couple of his films if only to reaffirm just how much they don’t like his work. He’s been one of the few directors that really attempts to shock the viewers and is entirely unapologetic about it while in the act. That’s a big part of what’s made him so great though and so controversial throughout the course of his career. But thinking that he would end it all after a Star Trek movie is kind of hard to imagine. One does have to wonder just what might happen if Tarantino was to make a Star Trek movie and how many of the normal quirks that his movies carry would come out in full force. The lack of any PC material doesn’t seem like it would fly for a lot of Trekkie fans since if you can recall, a lot of the Star Trek universe is about unity and the need to accept people of all species. What’s that going to look like if anything that’s considered ‘classic Tarantino’ makes into the movie?