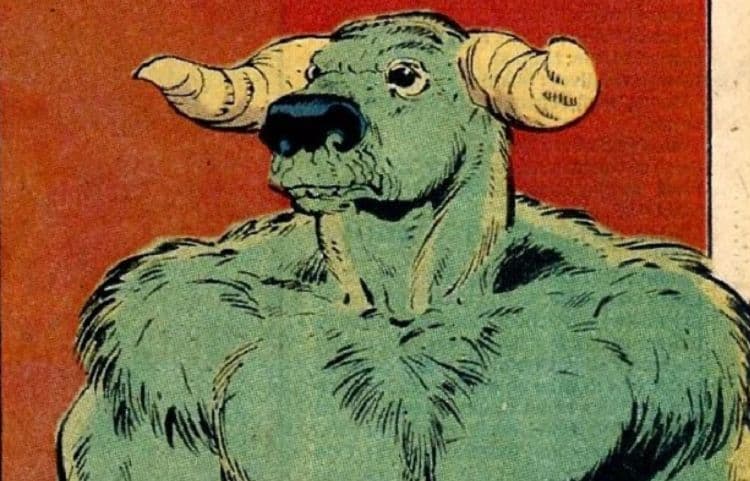 It’s not hard to hear a lot of MCU fans asking who in the hell is Rintrah? Well, that’s a good question and one that is easy to give an answer to. He does look like a minotaur but in truth, he’s an extradimensional being that has allied with Doctor Strange in the past and did at one time become his apprentice. Much like Strange he’s able to use magic, is incredibly strong, and quite durable as well. Apart from that, it’s likely that a lot of people don’t know that much about him unless they’ve read the comics. Even then it’s likely that some people don’t know that much about him since he’s not mentioned nearly as much as a lot of characters and he hasn’t really been given the most concrete character arc that would make him into someone that would garner as much attention. There are a lot of characters in Marvel like this that don’t end up being deemed as that famous since despite being kind of the unsung heroes at times there’s just not enough interest in bringing them forward to be noticed in a big way. But with the fact that there’s a second Doctor Strange movie coming up and phase 4 of the MCU is already leaning into the multiverse in a big way, it might be time to think about looking into bringing characters such as Rintrah out to play since it could be kind of interesting to see what might happen to the storyline.

Giving the character his own solo series would be iffy since there’s not a lot of material about him and again, a lot of people might not really get into it right away, but that could be why it might be interesting to bring him into an MCU series and possibly use him as a supporting character before really digging into his story and finding out if there’s enough there to make something that people would want to watch. It’s a big ‘if’, there’s no doubt of that, but like a lot of characters in the Marvel universe it feels as though Rintrah could use a push and that he might actually be a character that would make the fans sit up and wonder just what’s going on. If nothing else he would be an interesting character to reveal since a humongous minotaur-like being that can work magic and brawl with the best of them might actually be kind of cool to watch. It kind of stands to reason though that a lot of fans would be typing a huge WTF on their posts since fanboys and the more toxic members of the fanbase would start digging through old issues of Doctor Strange to find out just how the MCU is misusing the character or what isn’t right, or something that they can use to gripe about. The mere fact that it feels as though this is what might happen might be enough to keep this character from the screen, but seriously, bringing him out might be a signal to the fans that the MCU is expanding, and that as much as the fans need to be catered to sometimes, they need to be reminded that there is a limit to their influence and how much they can use it.

Bringing Rintrah into the MCU would need to handled with as much care as any new character since there are a lot of faces that haven’t been shown in the franchise yet and a lot of Marvel fans, old school and current, know very well that if every hero and villain were to be placed in the MCU, it would last for decades if not longer just with TV series and movies alone. But taking a few at a time and starting them out as guests in other shows to see how they might be accepted by the fans would be one way to go since it would get a baseline of how well the characters are going to perform. Thinking that Rintrah would be a hit right away feels like a false bit of hope since like it or not, a minotaur entering the MCU does feel like it would be a bit stretch, even bigger than anything that’s already been pushed. But at some point, it does feel as though this character should be given a chance to see if he can make it in the MCU, and become a bigger hit than he was in the comics. If nothing else it’s something different, and that’s not always well-received, but it’s something we tend to think about later on down the line. Giving Rintrah a chance in the MCU would be an intriguing idea at the very least, and it would be fitting to see him in the next Doctor Strange movie.