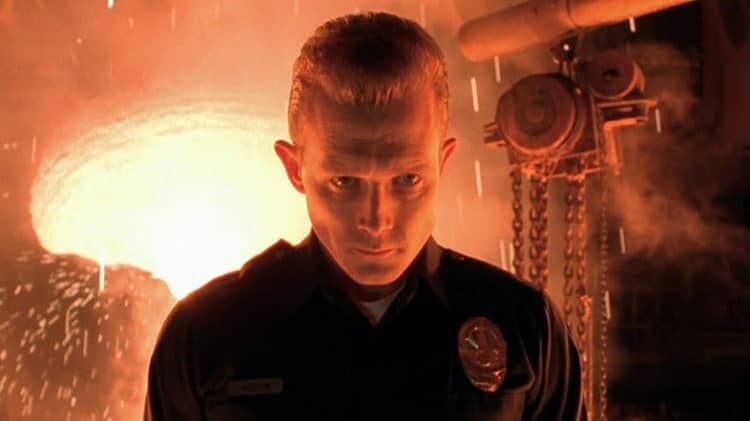 One would think in a post-apocalyptic world filled with zombies that some folks just wouldn’t last as long, and anyone too young or too old might not have a great life expectancy, at least not on their own. But obviously, that’s been debunked since there are plenty of kids and older folks in The Walking Dead, and as someone that still kind of fits somewhere in the middle of those two designations, Robert Patrick should do just fine. Patrick will be joining the cast of TWD as Mays, another survivor that, from the sound of it, doesn’t really believe in the kindness and decency of humanity any longer since in the wake of the apocalypse it’s been pretty obvious that humans are bound to turn on one another in some instances and that a policy of taking what you can and run is how some people have gotten along. Just looking at the examples we were given in the first season is enough to think that Mays is going to be the type that’s existed for this long by cutting and running when things get tough and taking what he can in order to see himself through to the next day.  The show has definitely made a lot of people think twice about the things we take for granted since without a functioning economy and the freedom to go where we will and do what we want, the world has a way of ending for those that can’t evolve and adapt to their surroundings.

One reason that Robert Patrick is a great fit for TWD, there are a few, is that he can play a grizzled character that’s been through the wringer pretty well considering that in several of his roles he does play a guy that looks pretty rough without too much difficulty. In Identity Thief with Jason Bateman and Melissa McCarthy he played a bounty hunter and did a pretty good job at it, which makes it easy for a person to believe that he could play someone that’s been living out of a van or somewhere else for a while and has been on the move for a good deal of time. That’s the general idea with TWD since a lot of the characters look to have been roughing it for many years, which they have since things like electricity, running water, and plumbing all had to be figured out again in the wake of the disaster that hit the world. Plus, while we don’t know that much about the entire world as of yet in TWD, there’s still enough evidence to suggest that people have reverted back to very simple ways. Robert Patrick should be able to fit right in without too much trouble since he’s had enough roles in his past that have called upon him to be ruthless and kind of rough, and he’s proven to be good at it.

There are a lot of fans that are wondering just how TWD is going to end since we’re coming up on the last season and fans have been dropping off in a big way since the seasons have continued to suffer from one problem after another when it comes to the storyline and a lot of people have expressed their discontent with the series. Some would claim it started falling off the rails in earlier seasons but some would claim that it started around seasons 5 and 6. An end is preferable to going on and on at this point, and it’s fair to say that The Walking Dead: The World Beyond is kind of a divisive show as well since some fans tend to like it and others think that it’s kind of a waste of time either because of the characters or because the whole idea is that the world is still there and there’s still an unknown number of walkers in the world that are a continued threat. In any case, the show is nearing its end, the main show at least, and a lot of people couldn’t be happier, but they’re also waiting for the movie to come out and to see what’s going to be done with The World Beyond and Fear The Walking Dead. Patrick is coming into a fading show that is still just good enough to keep a large fanbase but is in the final stretch at this point since a lot of people are likely thinking that it will be best when the main show is over and done with and the other shows can keep moving on, either to catch up or to move past the main show in an attempt to build the world up a little more. It’s hard to say what will happen, but one way or another The Walking Dead will end, and something else will take its place.