Home
Movies
Why RoboCop Returns Is Needed More Than District 10 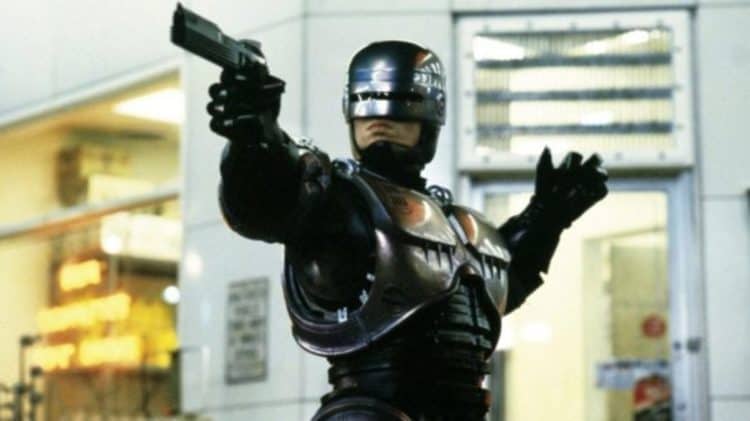 Talk about classic 80’s action movies, and RoboCop will sure come up. What is it about that movie that people liked so much? There have been enough movies about cops, but screenwriter Edward Neumeier messed with the formula by adding a does of science fiction to it. The answer: add some robots, the staple figures of the science fiction genre. The film had some highly advanced robots with automatic guns, something we’ve seen a thousand times. I must say, however, for a science fiction movie that was made in the late 80’s, the crew did an amazing job making the robots look real. Whenever the ED-209 popped up, it was a terrifying presence that could destroy anything. That was cool enough, but the real kicker was the main character.

Detroit police officer Alex Murphy was shot over a dozen times with shotguns and his corpse was used for an experiment. Omni Consumer Products (OCP) used their technology to transform him into a cyborg called RoboCop. Yeah, the cheese is real, but what do you expect from 80’s? But you know what? It worked. Edward Neumeier and director Paul Verhoeven took a classic science fiction concept and merged a fictional robot with a real-life public servant. The result was a cyborg police officer who was programmed to operate how every cop should. The real struggle with RoboCop was him trying to remember his past life as Alex Murphy. It was a story of rediscovering RoboCop’s humanity and learning to embrace his new identity.

The themes of RoboCop are beyond a great action movie. It covers social and political issues, such as corporate corruption and greed, financial collapse, and the flaws of the justice system. This was a movie people in the 80’s could relate to, especially if you were critical of Ronald Regan’s presidency. Hey man, some people will always look for underlying political themes in everything. But let’s just appreciate the fact that an action/science fiction movie holds so many themes and makes them work. People liked it, which is why we got several RoboCop sequels. And… they weren’t that good. There was also a very short-lived television series, two animated shows, and a four-part miniseries. And if you’re a Mortal Kombat fan, you got to play as RoboCop last year. We finally got to play out the Terminator vs. RoboCop battle.

Yes, RoboCop has certainly come a long way. He’s even gotten his own reboot in 2014, starring Joel Kinnaman. It didn’t win audiences over like the original, but there were some interesting changes it made. For example, one of the most notable flaws of RoboCop was that he was meant to be an advanced patrol officer. Basically, he could walk and look intimidating, but he couldn’t run. You would think OCP would program a highly advanced cyborg policeman to run so he could catch criminals, right? Well, the 2014 RoboCop could run, jump high, and was painted dark gray. I thought this worked for a more modern version, because it gave him a more tactical look. He pretty much evolved from a patrol officer to a SWAT operative. It was fun to watch him be more advanced, but the story was still basically the same.

The sequels failed, the reboot was underwhelming, so where does RoboCop go from here? Well, Neill Blomkamp, was originally attached to direct another RoboCop installment. The difference between this new movie and the other sequels is that this one would serve as a direct sequel to the first one. The title: RoboCop Returns. Seems fitting.

Anyone who has kept up with Neill Blomkamp’s career knows that he has a habit of taking up projects that never see the light of day. You want a good example? He was supposed to develop a Halo movie over a decade ago. Obviously, that never happened, along with his planned Alien sequel, and the Chappie sequel. I don’t think anyone is too sad about that one, because Chappie was just awful. However, his best movie is undoubtedly the 2009 science fiction film, District 9. Jeez, talk about political and social themes in a science fiction movie. District 9 covered some dark, real-life issues, including xenophobia and segregation. It feels like forever since that movie came out, and it sure left the door open for a sequel. Neill Blomkamp has been wanting to do one for a while now, but now, it seems like he’s finally pursuing it.

Reports claim that Neill Blomkamp is developing District 10. So what does that mean? Is it actually happening at last? The reality is, Neill Blomkamp is probably working on the script for District 10 and still pondering about ideas for it. I mean, he’s had over ten years to think about it. I do want District 10 to happen, but when I heard this news, I just couldn’t help but think about when he was attached to RoboCop Returns. In my opinion, that’s the movie he should’ve stuck with. Now, we have Abe Forsythe attached to direct the movie, a director I’m not familiar with, but I’m just glad the movie is moving forward.

What makes RoboCop more special than District 9? Well, they’re both science fiction action movies that kick a lot of butt, but if you ask me, RoboCop just has that classic vibe to it. RoboCop Returns intends to bring back Peter Weller and properly continue the story of Alex Murphy. Yes, that means all those lame sequels will be ignored, as they should be. I view it as a continuation of a classic story with an updated version of a classic character. I think now’s the right time for us to see and I’m super excited for it.

Now I will take District 10, but honestly, that’s a movie that should’ve came out years ago. Instead of giving us that movie, we got Chappie. Oh boy, what a waste of potential. Then there was Elysium, which I didn’t dig that much, and now we’re getting a horror movie called Demonic. I hope that’s good, but we’ve been waiting far too long for District 10. No question about it, that movie should’ve been out a long time ago. RoboCop Returns, on the other hand, will fit for today and I’m all for it.