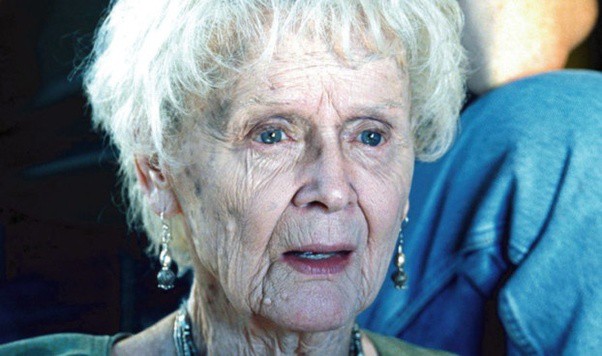 If you’re laughing already then good for you since labeling Rose as evil should give you a good belly laugh. Seriously, she’s one of the last people that anyone would ever call evil. She’s definitely vapid, to begin with, someone that kind of just glides through life and has the temerity to whine about having everything she might ever need when it comes to money and riches, but being unhappy is her saving grace, odd as that sounds since it keeps her aware that she’s slipping into a life she won’t want eventually. But let’s get a little kooky on this one and say that if Jack hadn’t have met her, his life might have gone a little differently at least. The Titanic would have still sunk, that’s kind of an inescapable idea since the revisionist history for a movie such as this wouldn’t have been a great idea, even if it was within James Cameron’s interest to do so. This story didn’t have a happy ending for anyone, and it really didn’t in any case to be serious. Rose had the misfortune of having a mother that thought more of their wealth and circumstances than her daughter’s happiness, and a fiance that looked at her as a possession, and she also was eyed up as a love interest by a young man that would have been better off letting her be. But that’s obviously not how the story goes.

Rose doesn’t really become the villain until she’s old and grey and has come to the Titanic with her granddaughter to tell the story of what happened so long ago. And what does she do? She ends up telling a tale that a lot of the crew might not have cared about had they not been nice enough to listen. Sure, it was an entrancing tale and it probably made a few of them misty, but then she ended up tossing the very jewel they were looking for right back into the ocean for her own reasons. It was definitely meaningful and likely the last act of defiance or of something that she’d been holding in for a long time, but it was also what was giving the crew a purpose for being on the water in the first place, spending their time from their own lives to search after an artifact that they didn’t even know was there or not. For all they knew the jewel could have been carried off by the current or found its way into the belly of a sea creature at some point, and she held onto it all that time, refusing to sell it since she didn’t want anything to do with something that represented Cal’s money. So why keep it then?

Doesn’t it make more sense to rid yourself of every last vestige of an unwanted presence and allow your memories to be the last bastion of those unwanted days? If nothing else she could have granted the jewel to the crew as a way of saying thank for listening to her story and for believing her, instead of returning it to the ocean where it would do no one any good. Some might say that it’s far more romantic to return the jewel to the sea, where it belonged. But in thinking about others it might have done better to deliver such a priceless artifact back to the world it had once come from in order to do some sort of good for those that needed it. Some would call Rose undeniably selfish for this, despite the fact that it would sound like robbing an old woman of her final wish. It’s a moral dilemma to be certain, and it’s a way for someone to call Rose the villain since she did something that’s hard to forgive considering that she denied hope to someone that had spent so much time and effort trying to find the very thing that she’d held onto for so long. Can you imagine the crew simply letting it go after that?

In the real world, it’s likely that the crew would go after the jewel the moment that Rose was off the ship, and while it would appear to be highly disrespectful, one could say the same about Rose’s insistence that the jewel is allowed to remain in the depths, beyond the reach of those that had spent s much to retrieve it. In a materialistic sense, the jewel really didn’t mean much apart from its insane monetary value, as it was an obsession for many and a humongous payday. But obviously it was more than that for Rose, who had held onto it for so long and never even thought to sell it and use the money for a good cause, simply because it had come from a man she despised.