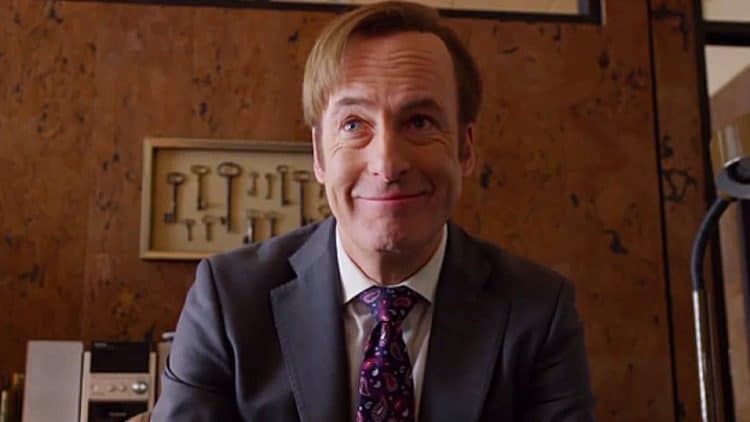 Let’s be honest and say that Saul Goodman, aka Jimmy McGill, was never much of a moral character when it came to Breaking Bad. Better Call Saul definitely painted him in a different light that allowed people to get to know him on a different level, but his initial role was definitely easier to describe as a guy that was in it for himself and wasn’t about to stick his neck out for anyone unless there was a good amount of money involved. Plus, the fact that he worked with some of the scariest and most dangerous people around didn’t help his credibility since Saul was the kind of guy that people went to when they wanted to forget they had a code of ethics. But throughout his time on Breaking Bad, he became a fan favorite that many people couldn’t help but like despite his many shortcomings. The revelation that he was set to die at some point before Vince Gilligan decided to keep him around is kind of interesting but not all that surprising since in a show where the last person standing is easily declared the luckiest, and not necessarily the strongest or most intelligent, Saul was bound to be one of those that would come crawling out of the mess without suffering too much for it. The character of Saul has been likened to a cockroach after a nuclear war, as it’s believed that only the most lowdown, filthiest beings will be left when the dust settles, and in this case, it’s kind of accurate since after all is said and done, Saul was one of the few that managed to walk away from everything.

It’s fair to think that people might be divided when it comes to thinking about whether Saul should have survived or not, but Gilligan figured that killing Saul off might have skewed things a bit when taking on the spinoff Better Call Saul, and as a result, he ended up keeping him. Plus, when everything was over it appeared likely that Saul was nearly forgotten by those that had anything to do with the resulting mess that came from Walt’s meth legacy and the fallout that it caused. In other words, there was no real need to kill the guy since anyone and everyone that could have connected him to the whole mess was either dead or just wanted to be done with it and move on. Thanks to this, Saul managed to get away with his life while many of the other characters in this story were either dropping off or were seeking to find their own way out of the maelstrom that had been created. It’s very fair to say that he was looking out for himself from day one, even if he did become a bit close to various characters. This has been Saul’s M.O. since the fans have known him after all, given that he’s not exactly the most morally adept individual and is bound to do whatever it takes to serve his own best interests. But it could be due to this that Gilligan somehow figured that keeping him around would be a good idea, and would be believable since as a lot of us might have already figured out, fate tends to be kindest, for some reason, to those that look out for themselves first and foremost. It’s a sad bit of commentary on humanity, but the fact is that Saul’s skills at self-preservation are heightened to the point that not unlike a rat that smells smoke, he’s going to run for his filthy little life when the moment presents itself.

That’s the role that Saul was put up to though, and it’s one that Bob Odenkirk played beautifully since people latched onto the character in a manner that was amazing to see since somehow Saul became such an iconic character that he received his own spinoff show, which people continued to love since Odenkirk didn’t slow down with the oily charm, but he certainly did a good job of showing the transition from Jimmy McGill to Saul Goodman, which was kind of interesting to watch since becoming a different person essentially forced the character to abandon whatever principles he had more than once as he embraced other ideas that he might have never considered in the first place but became commonplace to him after a while as he continued to slip further and further into the Saul Goodman role. The transition from McGill to Goodman was interesting to watch since it details the choices that a person will make when attempting to get something for themselves and when they abandon certain morals that they might have upheld once but quickly dropped when they were of no more use to them. Saul definitely earned his death, but obviously Gilligan had other plans.