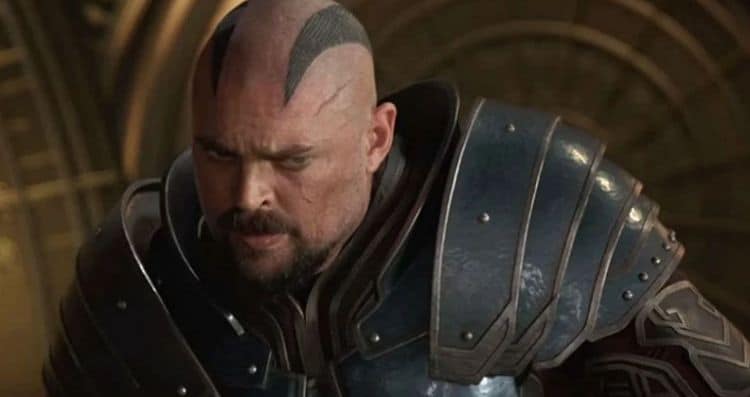 Skurge is definitely a character that was made into a joke once he was seen in the MCU, but in the comics, he was someone that actually had a purpose and was pretty tough. This appears to be kind of a trend in the MCU unfortunately as taking certain characters and de-powering them or turning them into something less than what they originally were is pretty common. One of the best reasons to give Skurge his own series, probably not a movie, would be that out of all the characters that have been reduced in some way, he was really given the shaft, especially since Karl Urban is known for playing a big tough guy in the movies, and somehow he was reduced to playing a character that had been turned into a somewhat spineless ninny that was very unlike his comic book counterpart. There are bound to be people that will say ‘take it easy, he’s just a fictional side character’ and they’re right to be certain, but then again, watch those same folks stand up and protest if their favorite characters get mistreated in any way since it has happened as one should be able to guess. There’s no real outrage as far as Skurge goes, but the observance that he was in fact turned into kind of a simpering character as compared to his comic book counterpart makes it easy to think that the MCU isn’t really that interested in keeping to the source material at times. To be certain, some things are going to have to change now and then to accommodate for the current era and for other circumstances that might be seen to occur here and there. But turning Skurge into a joke character? That’s kind of harsh when one really thinks about it, especially since he could have been far more effective in a few ways.

It’s true that Skurge is pretty much a supporting character that hasn’t been used extensively over the years, at least not as much as those he’s associated with, but he’s been present enough and actually had a decent arc that could have been worked into the story of Thor: Ragnarok in a different way that might have made it possible to look upon him more favorably since turning him into a weak-kneed wimp that would kowtow to anyone in power just didn’t feel right somehow. Skurge’s backstory has changed from the comics to the MCU, but the main thrust of this character is that he wanted to be a warrior, someone that could be proven as worthy to be seen as a great warrior among the Asgardians. In Thor: Ragnarok he does eventually get this opportunity, but it turns out to be the final act of defiance against Hela, to who he bent the knee without any hesitancy. Some might want to say that this shows Skurge’s intelligence in not standing against an obvious and very real threat, but the fact is that he didn’t want to die at that moment and took the easy way out. He was given a title and weaponry and command over Hela’s forces, but at the same time, he had to turn on his own people, which as anyone can guess wouldn’t be easy for a lot of people. Skurge has been seen as an evil character and as someone who will fight for others, meaning he’s a bit complicated and would possibly need at least a season to get grounded and show what he can do. But seeing as how he was around before Ragnarok, technically, there’s a lot of room to open up his life and see what’s there.

It doesn’t really feel as though Skurge could carry a movie on his own. If paired with a few other characters he might be able to do it, but apart from that, he would need a series, perhaps at least one season to show what’s possible with his character and what he’s really worth. Hopefully it would be an action-packed series since it would be great to either get Karl Urban back or pick someone similar that could take on the role and see what could be done with it. In any case, after the mistreatment that Skurge has been given in the MCU, it almost feels like he’s owed something. I know, fictional character, he’s not alive, blah blah blah, but it still feels like it would be a great idea to make amends with this character and create a series that might explain him a little better since otherwise, Skurge becomes the constant joke of the MCU and the punchline is that no one cares. The desire to see characters given their due sometimes is a little too great to let them sit around without being able to take on their show at least.