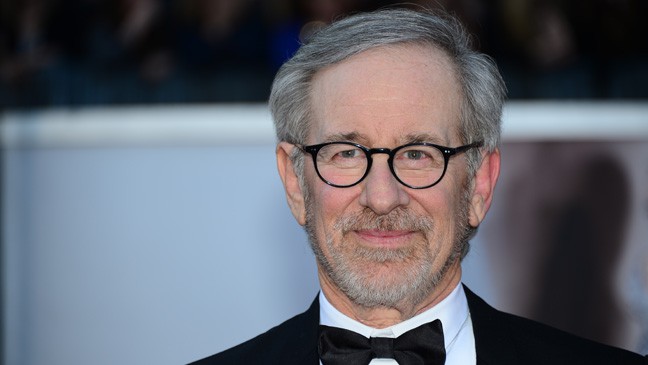 There are reasons why Netflix is coming under fire, AND why the Oscars are becoming more of a satire than an actual serious and well-respected awards ceremony. Unfortunately it’s one of Hollywood’s most elite directors that’s been joining the charge to keep Netflix out of the Oscars, and while Steven Spielberg is in fact a world-renowned director and a visionary unlike any other, his vision seems to be impeded by a very old-school way of thinking. A lot of people might agree that TV movies and direct to DVD movies are worthy of Emmy’s, not Oscar’s, but in terms of Netflix the movies shown on the streaming network are far more similar to those shown on the big screen than any other format. The fact that Spielberg is fighting against their inclusion into the Academy Awards is a by hypocritical since this is the same man that argued against E.T., or any other big screen movie being made into a VHS.  We couldn’t agree more with Kayleigh Donaldson at Screenrant and thus would like to add to anyone who also believes Spielberg is wrong.

The idea that any other format would make it possible to offer less screen time to big picture shows is sound enough since as we can see now movies are in the theater for less than six months quite often before they’re being released onto DVD. This would make the argument for Spielberg’s case since a lot of us still love the experience of going to the movie theater and seeing it up close and personal. But in the age of the streaming networks and the very realistic view that not everyone has the time or the money to go see movies in the theater that often, it becomes far easier to visit a Redbox or purchase the movie so that we can see it again and again. At that point it becomes more the responsibility of the individual to insure that they have a screen and a sound system that are big enough and loud enough to deliver the theater experience. Spielberg’s point that the old school cinema experience is being impugned upon is valid enough, but it’s more so that people can experience the wonderment of the movies in a way that they can afford and possibly see at their leisure. It’s not a stab at negating the entire movie-going experience, as there will always be people that want to see the newest movies in theaters, but it is a call to those that don’t have the time or the hundred dollars or more to take their families to the theater and purchase not only tickets, but refreshments as well.

Has Spielberg been to a movie theater lately? It seems like an insane question to ask of such a legendary character, but then he might not be bothered by the ticket prices or cost of getting a small Coke and a small popcorn for almost $20, for ONE person. Netflix at least is a set price per month and as far as refreshments go a person could cook a meal for their family that costs less and is a lot more filling than the snacks that are sold at concession stands. While some of the modern theaters do serve full meals one needs to be ready to pay the high cost of such, meaning that the average movie experience could cost anywhere from $20 to as much as $40 or more per person, an expense that seems a bit crazy to many people.

But letting costs of attending the movies aside, the quality of Netflix movies is such that in reality they’re every bit as good as the traditional movies and in some cases are better since they explore new depths and practices that the old school movies are at times loathe to even touch. At this point it almost feels as though Spielberg and several others are worried that Netflix and other streaming services are going to steal the thunder they thought was theirs alone and could eventually supplant them as the favored medium. While this might not happen anytime soon, if ever, the very reality of Spielberg and others trying to keep Netflix from the Academy Awards makes it sound as though they’re intimidated somehow, though it might take a team of wild horses to drag such a confession out of any of those that share Spielberg’s opinion.

Think about it, those who have been in movies long enough now see a titan rolling their way, the number of subscribers are growing and the most current target for Netflix to reach is for an Academy, where the elite have ruled for too long. When the status quo is intimidated in any way they tend to come down from off their pedestal to challenge the supposed usurper, not to congratulate them and spur them on to greater heights, but to knock them down and remind them of their ‘place’. If you thought the Oscars were anything but a political power play in Hollywood, Spielberg and many like him just blew that illusion to pieces.