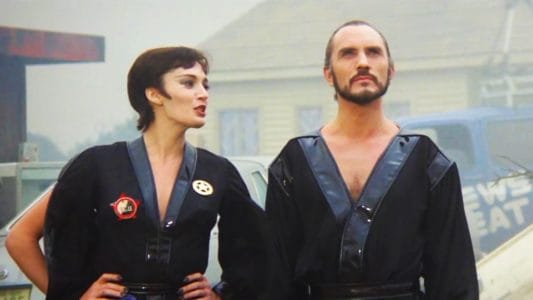 Some movies set the bar pretty high, especially when no other movie is able to come close to what they accomplished. The funny thing about Superman II is that it’s now celebrating its 40th anniversary, and we still have yet to see anything that can top it. In terms of special effects, it’s fair to say that the current movies have gone far beyond anything that’s come before, but the story is where a lot of people are looking, as well as the acting. Terrence Stamp as Zod and Gene Hackman as Lex Luthor can’t really be replaced by Michael Shannon or Jesse Eisenberg, and as for replacing Christopher Reeve, well, that’s debatable since some folks like Henry Cavill. But the point is that remembering that Richard Donner, the original director for Superman II, was fired before the movie could be finished, is what a lot of people are getting at by calling this movie the best Superman ever. Opinions tend to vary when it comes to which Superman movie is the best, but this opinion happens to be very strong since Superman II left a big impact on the world and created a benchmark that a lot of people still look to in the current era when measuring one Superman performance or another.

In fact, Christopher Reeve is kind of the gold standard when it comes to Superman, and while Terrence Stamp wasn’t exactly overbearing in stature, his act was still great since he has other ways of being intimidating, namely his style of acting. Overall the movie was pretty entertaining, but well over a decade ago when the Donner Cut was allowed to be released it became even better for many dedicated fans. The fact is that Donner’s movie was reshot and heavily edited by Richard Lester, who took over directing duties. A lot of people have already drawn a parallel between this incident and what happened with the Justice League when it came to Zack Snyder and Joss Whedon, and it’s easy to see why. What’s still amusing is that people feel the need to extoll the virtues of one director while quickly dumping the other when they didn’t get what they wanted.

That’s pretty normal really, but it’s still funny to watch since people will typically accept what they’re given unless they know there’s something else that they wanted to see and weren’t given access to in the first place. in this case, it’s the Donner Cut, much like the Snyder Cut, and one of the only reasons that people are talking so loudly at this point is that the Donner Cut was finally allowed to be seen in 2006, giving people what they wanted and setting a precedent that has now become a trend thanks to the Snyder Cut. Director’s cuts are usually kind of fun since they show hidden footage that didn’t make it into the final release, but throughout the years the Director’s Cut was more or less a treat for those that wanted to see more of the movie and weren’t entirely satisfied with what they’d been given. Now, nearly every other movie that comes out has people begging for a different cut, for deleted scenes that they weren’t given in the movie, and it’s become a bit of a bother really.

Superman II was a great movie and celebrating it after all these years is still a favored practice of many fans that have been enamored of the man of steel for a long time. But while the version that Lester gave was accepted and even enjoyed by many, the fact is that the fickle nature of fans isn’t bound to go away anytime soon since no matter if peopled settled for Lester’s movie and made it known that they liked it, they were quick off the draw to support the Donner Cut the moment it came out and could have likely forgotten Lester’s movie in a heartbeat. This would no doubt raise a bit of discussion between many people since the sudden switch in loyalty isn’t such a big deal considering that many people likely said they enjoyed Lester’s version simply because it was the only version. But it’s still indicative of how truly feckless people can be.

The movie was one of those that people were bound to remember since it was Superman, with Christopher Reeve at the helm and several noted and famous stars backing him up as allies and villains. Whoever made the movie should have been given the credit, which means that had Donner not been fired he would have been given the credit. But celebrating Donner years later and apparently forgetting about Lester doesn’t really do the movie any justice since stepping over one person to congratulate another kind of soils the moment in a big way.