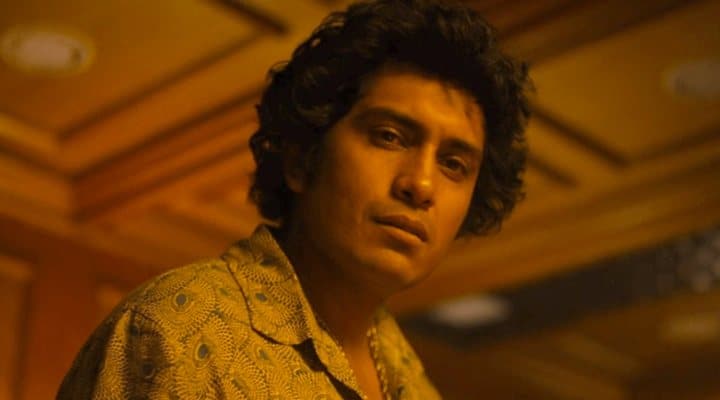 There are quite a few names and faces that people want to see emerge in the MCU, but one of those appears to have been decided since it sounds as though Tenoch Huerta from Narcos is going to be making his way to the next Black Panther movie as Namor the Submariner. If there’s any truth to the rumors we might get to see Namora and Attuma as well, Namor’s cousin and an Atlantean warlord respectively. Nothing is for certain at this point and there’s no big reveal to be had yet apart from the idea that the movie will be arriving in theaters by June of 2022. One of the best decisions that have been made recently is that T’Challa, who was portrayed by the late Chadwick Boseman, won’t be replaced or given a CGI double, which is only right since the man helped create one of the most loved icons of the Marvel universe.

But bringing in Namor opens up a whole bunch of possibilities since it’s not just the nation of Wakanda that Namor has had an issue with in the past, but the entire surface world at one point and time since he’s also clashed with the Avengers, the Fantastic Four, and many others. Namor has been a villain, an antihero, and a hero in his time in the Marvel universe, but he’s almost always been kind of an arrogant individual since not only is he royalty, but he’s a half-breed and has been hailed as one of Marvel’s first mutants. From a historical standpoint in the Marvel timeline that’s not entirely accurate obviously, but in terms of who came first in the comics, Namor has been around for quite a while and has been a problem for a lot of different heroes that have tried to tangle with him. He’s insanely strong, quick, and is quite intelligent as well, but he does give in to his anger quite often and is unpredictable at times.

But seeing Namor enter the MCU would be great since it would continue to bolster the idea that more and more big names were on the way as Shang Chi and those that are headed to the MCU are bound to be great characters, but they’ve been lost to time for quite a while. They have been brought back in the recent past and utilized as Marvel has seen fit, but there are simply some characters that are more popular and well-known, and Namor is one of them. It’s bound to be kind of interesting to see what will happen though since, in the past, Namor and T’Challa have fought against each other, with the king of Wakanda giving every bit as good as he received, but the fact is that Namor’s ability to flood Wakanda if so desires isn’t something to be trifled with and a lot of people are hoping that the mention of ocean plates shifting in Endgame due to an earthquake will have had something to do with Atlantis and Namor, though Okoye said it was nothing. Surely if she was working with the Avengers during Endgame she wouldn’t be holding anything back? It’s a thought though, especially since Wakanda had only come out thanks to the efforts of their king a short while before the snap, or blip, or whatever anyone wants to call it in the MCU. To think that Wakanda would continue to hold back from the rest of the world if they were in trouble and had allies they could rely on would be kind of sketchy, as in maybe they had other secrets they didn’t want to let out of the bag.

Bringing in Namor to the party is going to lay a little more groundwork for teams such as the Fantastic Four since Namor had a thing for Sue Storm in the past and it’s likely that this could be worked in if things are allowed to happen. His animosity towards the surface world has been well-documented throughout Marvel’s history since unlike Aquaman he’s not that forgiving of the surface dwellers and has gone to war against them before being beaten back. Namor’s storied history across the years has been something that a lot of people might have forgotten, but is easy enough to catch up on since it focuses quite a bit on his own parentage, why he hates the surface dwellers, and how his arrogance kind of hampers him from time to time. As characters go, Namor has been popular in the past but he’s also seen a decline in his popularity at times as well. With the current building of the MCU though it’s fair to say that quite a few people want to see him and are ready and willing to see this happen in the upcoming Black Panther sequel. Now it’s just a question of who he’ll fight against.