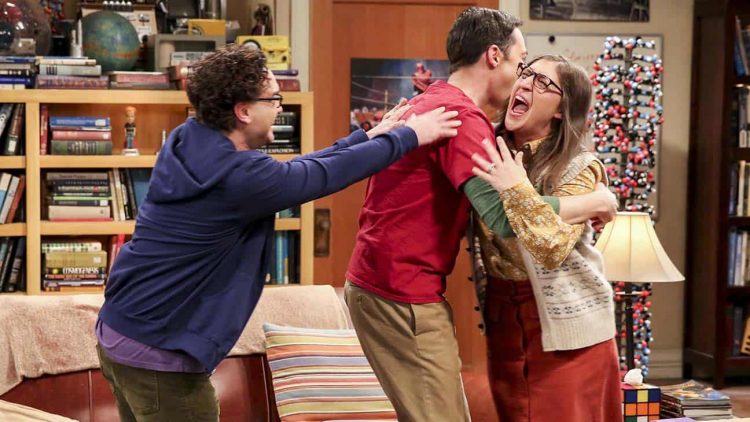 If you take what Brian Lowry from CNN wrote about the finale to the Big Bang series then you’ll see that he’s correct and that they nailed it as completely as they possibly could have. The showrunners kept it as tight on the core cast as possible and showed the evidence and culmination of change that the characters have gone through over the years and the result that finally came from this long-suffering trek throughout their many differing quirks and how many of them made each member of the cast who they came to be. In the beginning it was hard to like most of them to be honest, but by the end it was a great deal easier to understand and even tolerate every last cast member, even Sheldon.

Part of it, as Micheal Ausiello from TV Line would probably agree with, is that there was a moment in the finale when Sheldon and Amy got into it and the material went raw and emotional without even a hint of a joke. Some people might have actually been kind of taken off their game for this since TBBT isn’t exactly a show where deep feelings are always allowed to roam loose, but the writers profess that they felt they’d earned this, and that it was needed. Given that Sheldon had alienated his friends yet again it was a wake-up call for the character that he absolutely needed since he chucked his acceptance speech notes not too long after and went on to thank this friends. That’s the kind of raw emotion you don’t see all that often on this show and it was touching and very needed this time since it was one of the best ways that it could have gone out.

Shows like TBBT have been rising and falling throughout the years as they’ve evolved and gotten better or gotten more ridiculous as the years have passed by. But the one thing that the great ones share is that they’re filled with just enough emotion that the fans can feel it and they’re actually sad to see the show go. But at the same time they’re happy because the writers take the time to close out the show in a way that sees everyone on their desired path and in no danger of straying as the final curtain falls. The happy ending isn’t always realistic, but for a favored show it’s something that a lot of people appreciate since it gives closure to something that’s lasted for so long. It seems fair to say that Shyla Watson from Buzzfeed would likely agree with me in saying that the level of emotion that was brought to the finale of TBBT was enough to send many people into sobbing fits since after 12 years the curtain fell for the final time, and in the best of ways where no one could possibly claim disappointment.

Quite honestly when I first watched this show I about turned it off when I had my first Sheldon experience. The character was the kind of person I tended to avoid in school, the type that was highly intelligent but arrogant beyond all belief and could somehow use his words as clever quips that could cut deeper than a Ginsu. But after a while, if a person kept watching, they could see that as confident as Sheldon was in his own superiority he was still something of a lost soul since he was convinced that in his own way he was superior to many people, when in truth he knew the world that he cared about and this was it. It was enough to keep him insulated from the world around him, and that was how he lived. To many of us that’s a sad kind of life no matter how smart you are or how many degrees you might have at a young age.

His friends tolerated him somehow for so long, and that seemed to make it a little more okay when it came to putting up with the character. Once it was established what Jim Parsons was actually like though it was a great deal easier to deal with the Sheldon character, and it was a lot easier to laugh. Sheldon has for a long time been one of those characters that is an acquired taste or is best taken in small doses, as his overall attitude has almost always been that he’s right no matter what because he’s the smartest person in the room, and if he ever is proven wrong then the world, HIS world, just ended for a brief moment.

But at some point one starts to see just why anyone would hang around the character, and the finale made it very clear that no matter who he was and would continue to be, he’d changed in the best way possible and made that final turn in the show that people were waiting for.