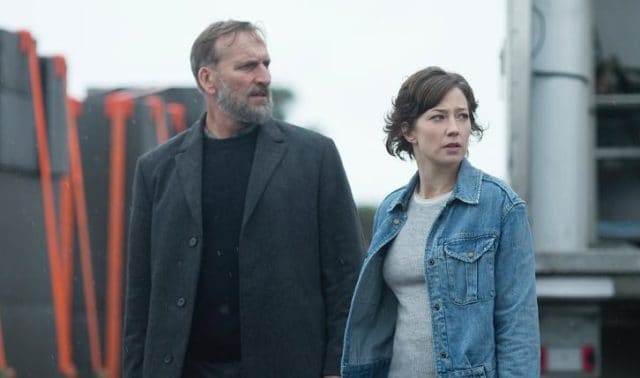 This article contains spoilers for the final episode of The Leftovers, ‘The Book of Nora’

A little over a week ago, The Leftovers aired its final episode, and I miss it already. The show improved each year it was on, fast becoming one of the best shows on the air. As much as I miss, and will continue to miss it for some time, one thing I can take solace in was the fact that it had a perfect ending. ‘The Book of Nora,’ the show’s final episode, which runs at a little over 70 minutes, managed to serve as a perfect encapsulation of the ideas and people that populated the world of The Leftovers, from Mapleton, to Australia, and everywhere in between.

First things first though, it’s probably worth noting that ‘The Book of Nora’ did something that I didn’t expect it to do. It answered questions. Well, a question, but it was an important one, and the one that probably most needs an answer when it comes to the Sudden Departure. In ‘The Book of Nora,’ we find out what happened to the 2% of the population that Departed all those years ago. They travelled to a parallel world, just like the one that we’ve been watching people live in for three seasons, but with one major difference. In that world, 98% of the population disappeared, and only 2% remained. This is something we discover because Nora went there, and then came back.

I won’t spend too much time going into the plot of ‘The Book Nora,’ partly because, if you’re reading this, you’ve probably already seen it. Instead, I want to focus on why ‘The Book of Nora’ serves as such an effective ending to The Leftovers.

From it’s first to final moments, ‘The Book of Nora,’ manages to balance comedy and tragedy even more effectively than The Leftovers has ever done before. A Mad-libs inspired conversation between Matt and Nora serves as a powerful reminder not just of how close the two siblings are, but also how terrifying, confusing, and confounding, the world they live in is. When he talks about his illness, Matt says that he’s scared, that if he beats his illness, he doesn’t know how he’ll ever be able to “stand in front of a room full of people and convince them that I have the answers, when I have no idea what the fuck I’m talking about?” This desire to understand things, to make sense of a universe where nothing makes sense anymore, has been the driving force of The Leftovers for three seasons, especially for Matt, to the point where, when Nora asks if he wants to go with her, he simply says “I think, dear sister, that defeats the purpose.” And he’s right. Matt needs to try and understand things, to try and find the answers, even if he’s terrified that he never will. Trying to find answers led him to writing The Book of Kevin, and to trying to stop an apocalypse that never was. He doesn’t understand things, but he’ll keep trying to, as impossible as that might be.

What might be most important about Nora’s journey to and from the other world is that she gets answers. Not that we get them, but she does. The Leftovers has always been committed to, sometimes in mysterious ways, allowing its characters to understand the world and their lives in it. In a final, lengthy, stunning sequence with Kevin, Nora explains how she felt seeing her husband and children again. “I didn’t belong there,” she told him. That world wasn’t hers, so she went back to where she belonged. “It took a long time,” she tells Kevin, from travelling to where she needed to be, to asking a scientist to build the machine that would take her back. Asked why she’d want to go back after everything to get where she was, she simply said, “because I don’t belong here.”

Belonging has been a central idea behind The Leftovers since it began. People looked for belonging with the Guilty Remnant, or with Wayne Gilchrest in season one. Kevin and Nora keep travelling, first to Texas, and then to Australia, to try and find some sort of belonging. Nora finds where she belongs, and so does Kevin, because Kevin finds Nora.

Finding Nora had become Kevin’s mission in life ever since she disappeared. He refused to believe that she died, or that she disappeared, or Departed. Every year, Kevin would go to Australia to try and find her. And this time, he does, and in the episode’s last moments, the two of them are together again. “You’re here,” Kevin says, seemingly unable to believe what he’s seeing. “I’m here,” Nora tells him.

I didn’t expect The Leftovers to have the optimistic, romantic ending that it did. Based on what the show had been like, I expected uncertainty, bleakness, and loss. Of course, there were some of those things. We learn that Matt died, and that Mary gave his eulogy. “She really loved him,” Kevin tells Nora. But the more I think about it, the more this ending seems so perfect. At its heart, The Leftovers has been about belonging, and about trying to find a way to live in a world you never expected to be in. These ideas are front and centre in ‘The Book of Nora,’ and it seems that optimism might be the best way to explore them. Kevin and Nora have found a way to keep going, to try and have a life better than any they expected to have after the Departure. They’re here, not just together, but in their difficult, broken, unexplainable world, and they’re alive. In the end, all they can do is what The Leftovers has always been about: they keep living. ‘The Book of Nora’ manages to keep the mystery and uncertainty of The Leftovers alive without becoming too obtuse, shows suffering without becoming masochistic, and shows optimism without becoming too saccharine. ‘The Book of Nora’ contains everything that made The Leftovers the incredible, baffling experience that it was. It couldn’t have ended any other way. 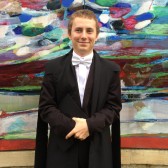 University of Oxford graduate student, and writer of all kinds, always trying to work out the difference between fact and fiction in this day and age. Not as old as my use of the phrase "in this day and age" makes me sound.