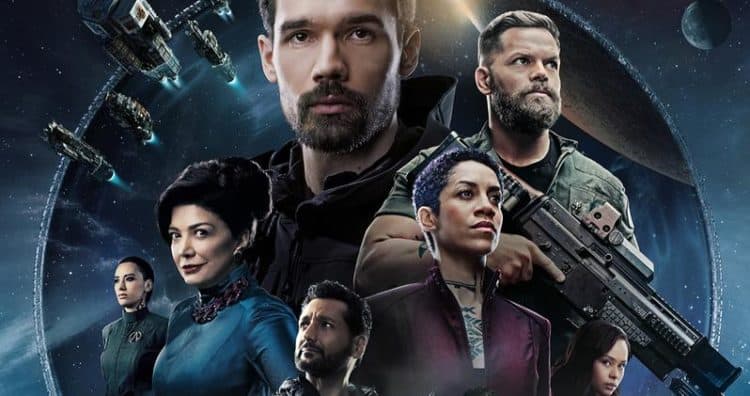 One way or another every story has to face the end at some point. The Expanse has been a fan favorite for a while now and watching it move towards what will eventually be its final season isn’t going to be easy, but since production won’t start until January, which isn’t too far away, one can imagine that there’s still plenty of time to come up with an ending that people will accept and enjoy. That’s easier said than done obviously if the track record of many shows in the past decade is any indication. But the fact that the show has been doing what it can to stay true to the vision that the writer originally put down is a credit to why it’s continued to be a show that people are willing to watch and keep following. If not for this it does feel as though more online forums would have been eagerly ripping The Expanse apart since that is one of the many things that fans tend to do if they don’t get their way. But season 6 is going to be where this show ends as season 5 is currently being set to release. The majority of the cast is coming back, but as those keeping up with the news already know, Cas Anvar won’t be making a return due to sexual misconduct allegations. But the executive producers of the show had this to say per TVWeb:

“From the moment we committed to bringing this show to life up until this final season, we have worked tirelessly to honor the vision of the writers. We have prided ourselves on having one of the most diverse casts on television and giving a platform to stories that matter. A special thanks to Daniel Abraham and Ty Franck, the writers of both the books and series and to Naren Shankar, the series showrunner and executive producer. It continues to be an honor and privilege to work with this team. We also would like to thank Amazon for their continuing support to help us tell this story in its fullest and to bring The Expanse to a global audience.”

It’s easy to think that a lot of fans might be thinking of the term ‘spinoff’ now that they know the show will be ending, but if there’s any word on this it hasn’t hit the grapevine in a big way and could be more rumor than anything if it pops up. The idea of a spinoff isn’t exactly a new one since a lot of people want to keep the ball rolling as long as they can and in whatever direction is possible since simply letting a show go isn’t exactly in the DNA of a lot of fans considering how many petitions have been created in the past decade. Whether anyone will listen though really depends on if there’s enough interest and if someone could pen a script that might actually work for those that are seeking to push for a new angle into the same universe. It’s always possible of course since bringing back old ideas and extending current ones aren’t ideas that are completely alien in concept, but it does stand to reason that once season 6 has come and gone that someone might be willing to say ‘sure’ and go for it. After all, show business is all about making money sometimes and if a new direction with a familiar idea is going to grab the attention of the fans who are going to pay the money for it then it’s likely that such an idea could generate enough interest that would allow the spinoff to work. At that point, it’s a matter of finding the right story and running with it in a manner that will bring about another successful program that people will find convincing and worth following. But there is a good deal of work involved in such a venture and to risk as much as would be needed is a gambit that the studio might not want to take. That’s something we’ll have to wait and see about when it finally comes around, but for now, the announcement that season six will be the final time we’ll see The Expanse is something that people will have to get used to.

It’s very likely that there are already plenty of shows that will be up and ready to take the place of this one when the time comes since the industry isn’t exactly parched for new options that can be exploited and pushed in the wake of those that have gone off the air or are coming up on their final bow. It might sound a little cold and even a bit cynical to say this, but the truth is that if you’re not rising in show business, it’s time to move aside or just fall off the edge of the map, at least sometimes.