Home
Entertainment
Why The Miz Would Make a Solid Johnny Cage 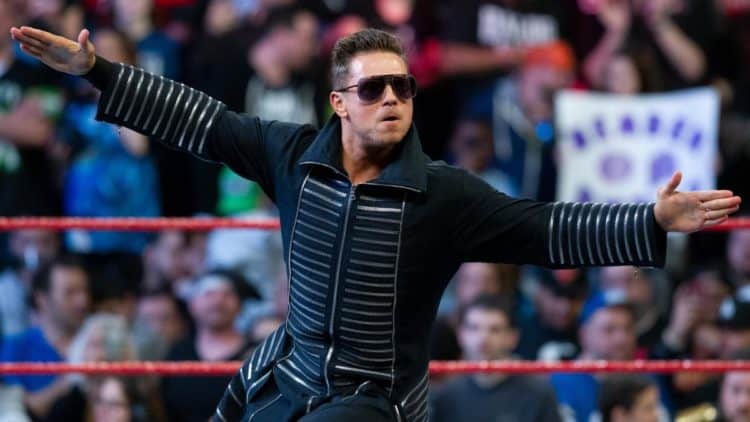 It’s fair to say that after the recent release of the Mortal Kombat trailer that a lot of people were missing one character since he wasn’t shown in the trailer and it’s been made clear that while it’s possible that he might have a cameo appearance, Johnny Cage won’t be a big part of the movie. This is kind of a shock to a lot of fans since Cage is an original character from the first Mortal Kombat game, so excluding him is almost inexcusable to a lot of fans. The aim appears to be to move forward with the idea however by using various groups of people that will make more sense to the overall story, and unfortunately, Cage is the odd man out this time. But if there’s a sequel to the movie it’s been established that a few men might want to take on the role, but one would definitely be worth trying out since he has half of Cage’s pedigree to start with, the fact that he’s a self-absorbed movie star that thinks he’s greater than he is. Well, at least that’s the character that Mike Mizanin, aka The Miz, takes on during his time on camera in the WWE. It’s been heard and rumored that The Miz would actually like a crack at the role and to be serious, it could work.

Anyone that’s watched the WWE knows that The Miz hasn’t really changed his stripes in a long time since he’s been the heel more often than not and has made a rather good showing with this persona given that he’s been the villain so often that he’s grown into it. For another Mortal Kombat movie, he’d have to dial the villainous attitude down quite a bit, but after having seen him in The Marine movies that were started by John Cena, it’s a good bet that he would be able to take on the role without too many problems. The only issue might be when it comes to the moves that Cage uses in the game since it’s unknown if The Miz can do the splits. But apart from that, The Miz and Cage are quite a bit alike since both can exude an aura of arrogance that is hard to miss, while their ability to be comedic in their mannerisms is easy to observe. Neither one of them clowns around that much if at all, but the flippant nature that each one of them can use at will is impressive since it keeps people wondering if they’re ever going to get serious or if they’re just arrogant enough to think that there’s nothing that can touch them. The Miz has been forced to realize that this isn’t the case in the ring while Cage has definitely taken some abuse in the game, but bringing these two personalities together feels like something that could work in a big way since out of all the possible actors that might be selected for such a role The Miz is one of those that has the attitude down to a science and could possibly learn the moves.

That’s always assuming that there’s going to be a sequel in the first place of course since the movie has yet to release and it’s going to be analyzed heavily as anyone could guess since the last few attempts at turning Mortal Kombat into a live-action affair haven’t really gone that well. The first movie was acceptable simply because it was all there was and there was nothing to compare it to save for the actual game. The sequel, Annihilation, was cringe-worthy at best, while the attempts that came after, especially the TV show, were satisfying for a little bit, but kind of failed to continue in a satisfactory manner after a short while. In truth, MK has done better in animation and as a game than a live-action series or movie at this point, but taking a look at the trailer that released only a short while ago, things might change very quickly since it would appear that there’s no holding back this time and that the movie will be using a good portion of the lore that helped to make the games so great. How it’s going to bring everyone together, apart from the tournament, will be interesting since there’s no telling just how many characters are going to be added to those that we’ve already seen. But without Johnny, one can reasonably assume that people are still going to grumble.

But if the movie is received in a positive manner it could be that we’ll see a sequel, and then The Miz would hopefully have his chance to take on the role of Johnny Cage and see if he can make the role work to his benefit.