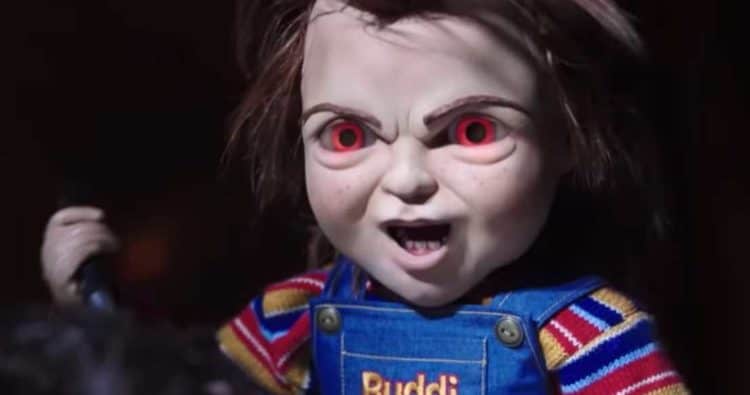 Reboots and remakes are of course the order of the day since ideas seem to be limited in the modern era, but what this tends to mean at times is that fans will seek to call out even the slightest differences between the remakes and the original movies, sometimes for a good reason. There’s no doubt that the Chucky from the new, up and coming child’s Play looks quite a bit different from the original that a lot of us remember from the 80s, most notably the red, glaring anime eyes that seem to take up a good portion of his face. Jeremy Dick from MovieWeb goes onto describe how the look of this killer doll had to be different simply because it’s a reboot of the original and, quite honestly, doing the same exact thing likely wouldn’t work. As fans we tend to become extremely attached out our movie icons and seeing Chucky, the old doll, with a new family and yet in the same body does seem like it might rankle a few people and cause a bit of unrest. Of course one could say the same thing about the Child’s Play movie being remade anyway, but Jeremy makes another good point in saying that a lot of people today wouldn’t even recognize the original Child’s Play movie without seeing one of the newer Chucky movies side by side.

The look of the doll hasn’t changed so drastically that it can’t be recognized at all, but the function and form of it has been altered just enough to not only update it, but to create something that’s unique for the current era. Keep in mind that back in the 80s we didn’t have the level of connectivity that we have now. You couldn’t use your TV or mobile device to access half if not all of your household items. Things were a bit simpler back then, a killer doll actually had to work to really attain a reputation. As Dani Di Placido of Forbes has shown, this new Chucky, or Buddi, or whatever you want to call him, is taking a page from the old Chucky and tearing it up before setting fire to the pieces. The voodoo is gone, the drifting spirit of a maddened killer is gone, and in its place is the programming laid down by a suicidal tech that somehow creates a homicidal doll that is capable of controlling pretty much anything that is made by the same company, and possibly anything that has a wireless connection if you go from the looks of it.

Chucky was a straight-up slasher back in the day and didn’t really rely on anything other than whatever weapons were lying around. That was simple, that was easy, and it was horrifying in its own manner. This Chucky is taking things to a new level by barely lifting a finger at times and going old school at others. One would think that would be enough placate a lot of fans, but there’s still debate over just how great the new movie is going to be and how much it’s already destroyed the original for those that happened to like the maniacal prankster that eventually came to be kind of a shadow of his old self. Remember that? Chucky used to be down and dirty and ready to lay people out without a moment’s hesitation. In his voodoo days this doll was a straight up psychopath that would go megaton at the drop of a hat. But as time wore on and the movies kept coming, much to the chagrin of those that believed that the original Child’s Play was and will always be the best, he became yet another horror icon that became more of a joke than a truly terrifying individual.

Sean O’Connell of Cinema Blend writes that this movie did in fact go for a much different angle since without the voodoo and the spirits we’re meant to accept the fact that a rather demonic AI is now going to be responsible for a body count that is nothing less than horrifying since it means that not only is mankind once again becoming the author of their own demise, but it begs the question of just how many other dolls in this movie might be affected. Think about it, AI is a scary proposition when it’s shown to go bad in movies since it can reach out and touch just about anything that has any kind of circuit board that allows it to be controlled remotely. That means that Chucky could be just the precursor of what we’re seeing in the movie at this point, and that his reign of terror could become something far more epic than we’ve ever seen in the past. Forget what he looks like and how he’s changed, this Chucky is horrifying simply for what he can do.