Home
TV News
Why The Show Friends Should Never Get a Reboot, Ever 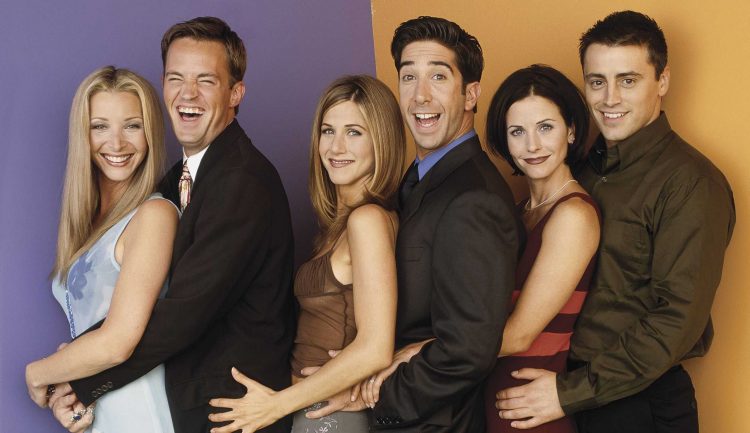 People who remember the late 1990s and early 2000s should remember Friends. In short, it was the sitcom of its time, as shown by how its series final was the single most watched episode of the 2000s. Since Friends was so successful, it should come as no surprise to learn that there has been talk of a Friends revival of some kind for some time.

Is the Return of Friends Happening?

With that said, while there is continuing interest in a Friends revival of some kind from the fans as well as some of the main cast members, there is very little to suggest that it will be made anytime soon. As recently as mid-October, Jennifer Aniston stated that nothing was happening for the time being. However, while the necessary factors haven’t lined up for the time being, that doesn’t necessarily mean that will always be the case in the times to come.

Why Should Friends Never Get a Reboot?

Of course, there is still the issue of whether Friends should see some kind of revival or not. Certainly, there are plenty of people who would love to see such a project come to be. However, whether moving forward would be the right choice or not is a whole separate issue. One that is by no means clear, as shown by these points arguing against it:

What Would Even Be the Point?

Generally speaking, it tends to be a good idea for a project to have a clear idea of what it is supposed to be. After all, it is very difficult to plan out a journey without knowing the destination. Never mind actually setting out on said journey. Given the way that Friends came to a conclusion, it is difficult to see what kind of revival would even be worth the effort. The simplest and most straightforward answer would be a recap of everything that has happened to the main characters in between the past and the present. However, that is nothing but pure fan-service, which can be fun in small measures but tends to be so hollow that it can’t suffice for anything more substantial than that. As such, unless there is mention of some kind of worthwhile narrative for a theoretical Friends revival, it is difficult to get very excited about the thought of it actually getting made.

It Can’t Live Up to the Expectations

Friends was huge. Furthermore, Friends remains huge, as shown by the enormous sums that are still paid out for the syndication rights. Due to this, there are very high expectations for what Friends is supposed to be. Even worse, these expectations haven’t exactly faded over time. If anything, it seems likely that they have strengthened rather than weakened. This is because people who have the memories of the original show fresh in their minds have a solid awareness of its downsides that go along with its upsides. In contrast, people with not much more than a vague sense of fondness for the show rooted in pure nostalgia won’t be anywhere near as objective in this regard, meaning that they are likely to have even higher expectations for what a Friends continuation is supposed to be. Of course, the problem with this is that high expectations are very, very difficult to meet, particularly when they have long since been inflated past the point of reason.

It Could Ruin the Series’s Image

Currently, Friends ended on a high note. The show had a very successful run that came to a conclusion in a way that met with general acceptance as well as general fondness from those who watched it. As such, so long as nothing more comes out for the Friends franchise, it will enjoy a more or less unblemished reputation for decades and decades to come. However, if Friends was to receive a bad continuation, the sheer amount of hype that has built up behind the prospect could sour very quickly into a strong dislike. Something that could have a very strong and very long-lasting effect on how the franchise as a whole is perceived. In other words, Friends enjoys a very good reputation at the moment, meaning that it seems foolish to gamble that for something that has uncertain rewards at best.

The Time Has Passed

Fundamentally speaking, a show’s success is very much reliant on being the right show at the right time with the right viewers. For proof, look no further than the sitcoms that were incredibly innovative by the standards of their times but has since become boring because what was once innovation has since become routine thanks to their influence. By this point in time, Friends is more than a decade gone, meaning that its right time has long since passed. Theoretically, the right time isn’t necessarily a one-time thing. However, just because it is possible for a show to experience the right time not once but twice, the chances of that happening aren’t very high. As such, it seems reasonable to say that a hypothetical Friends continuation has more going against it than not.

There Are Enough Reboots and Revivals Already

Nowadays, the entertainment industries are putting out a lot of reboots and revivals. To some extent, this is understandable. Every generation wax nostalgic for the media that was popular with them in their youth. As a result, they are likelier to buy products based on the sources of that nostalgia, which is on top of them having proven records of success in being sold to interested individuals. However, the result is nonetheless oversaturation by a small number of media properties that crowd out other projects with potential but aren’t quite as attractive to media companies.

For now, there is no chance of a Friends revival. However, interested individuals don’t have a complete look at what happens behind the scenes. As a result, what is true now might not be so true in the future, particularly when interested individuals are already limited to seeing just a portion of what has happened. Due to this, those who are concerned about this particular case might want to keep an eye for more entertainment news to com just in case things change. This is particularly true because there really is considerable interest in seeing a Friends revival, which is very much the kind of thing that can clear even what can seem like near-impenetrable obstacles once sufficient momentum has built up.