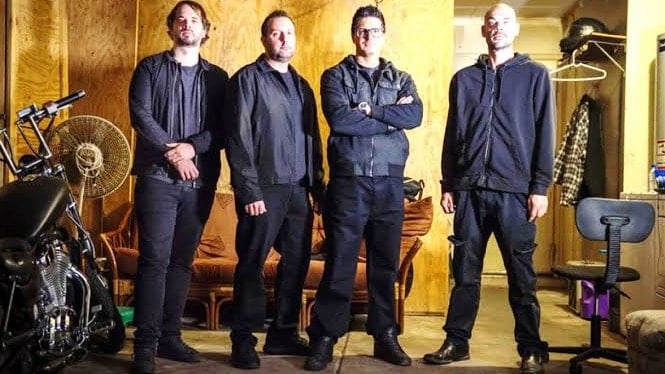 The weekly television reality show “Ghost Adventures” is a series that many who are interested in evidence of the paranormal view religiously. It airs weekly on the Travel Channel and host Zak Bagans leads his team of paranormal investigators to some of the most reportedly haunted locations throughout the world. They travel to the world to capture evidence that proves there is an afterlife and that when we die our spirits move on to the next chapter of existence. While many other shows focusing on the paranormal have come and gone, “Ghost Adventures” has the potential to last indefinitely and here are the reasons why.

Transparency of the operation

When Zak Bagans and his Aaron Goodwin investigate locations which are reputed to be haunted, they offer an explanation of what they’re doing and why. The team uses special equipment that identifies changes in the temperature of the rooms they investigate, EVP meters which record paranormal voice phenomenon and infrared video to capture images of things that cannot be seen in the dark with the naked eye. As they use the various types of equipment that is designed to capture environmental changes, images and sounds, it is all explained so the viewing audience knows what they’re doing and why. They seek to debunk unexplained noises and other events at the locations to determine whether or not there is really paranormal activity in the location, or if there are other explanations for the events people are experiencing. They maintain transparency throughout their investigations with playback of the evidence collected with a discussion of the findings. They keep it all open and above board and audiences learn a lot plus the information that they provide makes the show highly interesting and credible. They also offer a question and answer forum for viewers who want answers to specific questions.

A Consistent stream of locations to investigate

There are thousands of haunted locations that have yet to be investigated. This is another reason why “Ghost Adventures” may go on indefinitely. On one episode, the team may be investigating a haunted castle in Scotland or Ireland and in the next, we see them somewhere in the United States at a haunted house, or institution of some kind. One thing that the locations they investigate all have in common is that there are several people who confirm that they’ve experienced creepy events that they cannot explain away. This gives the Ghost Adventures crew plenty of fodder for plotting out their entire season and they’re not even making a dent in the number of unexplored venues. They will never run out of places to investigate and more are being made public all the time. Nick Groff left the group, but Zak Bagins and Aaron Goodwin remain.

The show appeals to a niche audience

As human beings we know that there is not a one of us that has immortality. Our bodies will eventually succumb to illness, catastrophic accident or old age and every one will die at some point. It’s only natural for us to wonder what happens after death and if our lives will continue in some form. This is one of life’s greatest questions. Paranormal activity is evidence that life does go on after death and we will continue. Another reason that viewers tune in to the show is because they’ve lost loved ones and they’re curious about where they may have gone, what they might be doing and if they are okay in the next life. People want confirmation that there is something more than this life.

“Ghost Adventures” is a popular paranormal investigation show that seeks to find answers to many questions that weigh on the minds of mankind. It takes us into places that are said to be haunted and it shows us that there are a lot of people in this world who experience paranormal events on a regular basis. The team helps to confirm when there are spirits of the departed who remain on this earth and inhabit certain places. This is a topic that has long been an intrigue and great interest to mankind. The show is highly popular and has excellent ratings. Whether you believe in the paranormal or not, it’s something that will continue be be a subject with many unanswered questions. Without a doubt, “Ghost Adventures” is a show that is likely to continue until the Ghost Adventures team decides it’s time to call it quits.