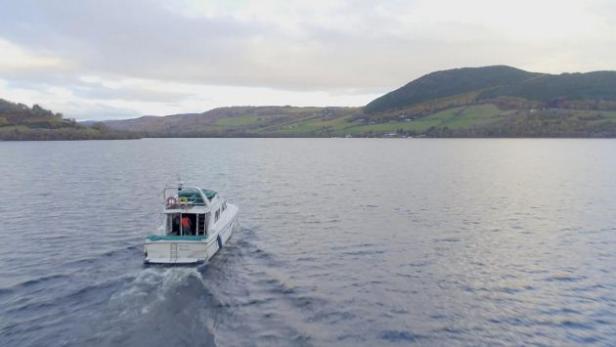 In Search of MonstersÂ is a new show on the Travel Channel. Like its name states, the show is focused on iconic monsters such as Bigfoot and the Loch Ness Monster. However, while such shows are numerous, In Search of Monsters stands out for a couple of reasons. First, In Search of Monsters seems to be going for a scarier feel than a lot of its counterparts. Unfortunately, its choices of iconic monsters have received decades and decades of often-humorous exposure, meaning that it has become difficult for interested individuals to muster the desired emotion in response to them. Furthermore, the show’s presentation is not even close to being impressive enough to sell its intended tone, as shown by its title image that looks like something that was slapped on to the packaging of low-budget shooter games from the 1990s.

Why Is In Search of Monsters Bad for TV?

In short, there are a number of TV channels such as Discovery and the History Channel that were supposed to provide interested individuals with informative content about a wide range of serious topics. Unfortunately, said content wasn’t particularly exciting, which in turn, meant that it wasn’t particularly popular. As such, these TV channels have undergone some serious changes over the course of their existence to make their shows more watchable for the viewers, which is understandable to some extent.

Unfortunately, those changes have seen those TV channels stray from their initial goals. For instance, people love it when they think that they know something that others do not, which is material that was once relegated to conspiracy theories is now a common sight on national TV. Likewise, channel executives love shows that can bring in the viewers while minimizing production costs, which is why so-called unscripted shows have sprouted like mushrooms following a rainstorm. In other words, if these TV channels started out with the intent of offering content that is both educational and entertaining in nature, they are much likelier to offer entertainment disguised as education nowadays. Something that is fine when there is no more than a handful of such shows but becomes much more problematic because it begins to dominate the TV screen.

First and foremost, this is problematic because it instills false beliefs in people. Certainly, most people will recognize that these shows shouldn’t be trusted. However, most isn’t the same as all, meaning that there are still some individuals who will come to believe what these shows have to say, whether because they are susceptible to the claims being made or because they lack the basis of knowledge needed to maintain their skepticism when presented with such claims. On its own, these false beliefs might not be particularly problematic. For example, if someone believes that Atlantis was a real place where ancient humans communicated with ancient aliens, chances are good that it isn’t going to have a huge effect on their day to day life. It is silly, but it isn’t going to hurt either them or the people around them.

Unfortunately, when people believe in one piece of pseudoscience, they become more open to other pieces of pseudoscience. This is particularly true when such people seek out other like-minded individuals on the Internet, which can cause them to pick up a whole host of such false beliefs within a very short period of time. The more false beliefs that said individuals pick up, the higher their chances of picking up something that will have a negative effect on either them or the people around them. For instance, consider the return of measles to the developed world, which has been facilitated by anti-vaxers.

Summed up, In Search of Monsters isn’t much of a problem on its own. Certainly, it seems a bit ridiculous, but a bit of ridiculousness isn’t necessarily a huge, overwhelming reason to reject a TV show. Instead, the bigger problem with In Search of Monsters is that it is one of the shows that make up the torrent of content that is supposed to entertain with no thought spared for anything more. Still, there is no harm to interested individuals catching episodes of In Search of Monsters whenever they have the opportunity so long as they are aware of its issues in that regard. Granted, most people won’t be inclined to believe that the Loch Ness Monster is a time traveler, meaning that this shouldn’t be an issue. However, it doesn’t hurt to make sure anyways.