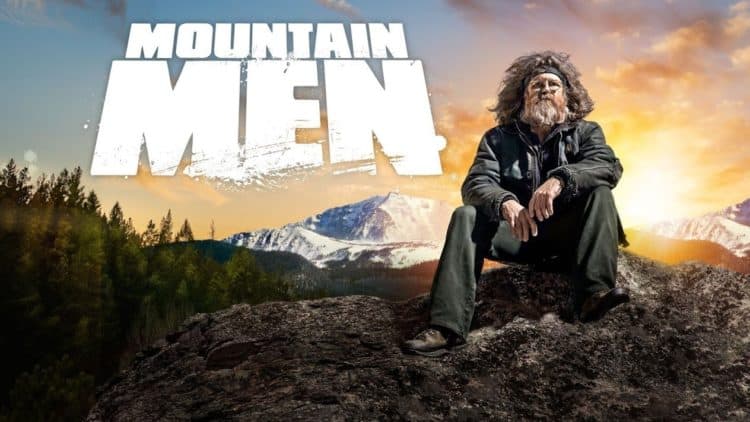 Mountain Men is one of the numerous unscripted shows about people being out in the wilderness. In its case, it is centered on people who choose to live in an off-grid manner. For people who are unfamiliar with the term, the simplest and most straightforward meaning of the term is someone who chooses to live without being reliant on the local power grid, thus explaining the nature of the name. However, it should also be noted that there are plenty of people who choose to take things further, with an excellent example being those who choose to disconnect from not just the local power grid but also all other public utilities. In any case, the choice of subject matter should provide interested individuals with a good idea of what they can expect from Mountain Men, which in turn, should give them a general idea of whether they would be interested in watching it or not. However, if they are undecided, it can be worth looking into some of the reasons that other people choose to tune in on a regular basis. Here are some of the most common reasons that people choose to watch Mountain Men:

Most people in the United States live in the cities rather than out in the wilderness. Furthermore, most people in the United States have very specialized roles, meaning that they secure food, water, shelter, and the other necessities of life by paying with the money that they earn for doing whatever it is that they actually do rather than handle such matters on their own. Finally, it is important to note that a lot of families have been living in this manner for generation after generation, meaning that most have neither direct nor indirect knowledge of any other way of life.

As such, it is natural for said individuals to be interested in other people with other lifestyles. However, there is a limit to said interest in that increased strangeness makes it more difficult for interested individuals to form an emotional connection with the people that they are watching. For instance, a modern New Yorker can come to empathize with, say, an ancient Scythian herder, but said process is bound to be more challenging than the same New Yorker coming to empathize with, say, a 20th century New Yorker because there are fewer commonalities that can serve as a basis for empathy and thus emotional connection. Regardless, the important point is that the titular individuals on Mountain Men strike a careful balance between being different enough to be interesting but not different enough to become alienating. After all, they live in a very different way compared to most of the people who are watching them. However, they are still people with either the same culture or at least a very similar culture living in the same country, thus making it that much easier for interested individuals to understand who they are as people.

There Is a Lot of Drama Packed Into It

When a setup is strange enough, even routine occurrences can provide the viewers with some measure of interest. However, unscripted shows being unscripted shows, it should come as no surprise to learn that the people behind Mountain Men are perfectly capable of providing interested individuals with as much drama as they could ever want. In part, this is because of what the people behind Mountain Men choose to show interested individuals. Yes, the cast members run into a fair amount of excitement because of their chosen lifestyles. However, the crew members capture a great deal more footage than what they will ever manage to show interested individuals, meaning that they can afford to choose the occurrences that will make for the best TV viewing. In other words, even if the crew members choose to stick with whatever it is that they have managed to capture on camera, they can do a great deal to make the cast members’ lives even more exciting than they actually are.

Of course, it is perhaps unsurprising to learn that both the cast members and the crew members seem to be fine with stretching the truth here and there to make the show even more exciting for interested individuals. For instance, it is well-known that Eustace Conway shows a public persona based on what people expect to see, which is something that he outright admitted to the author Elizabeth Grant, who wrote the book called The Last American Man about him. Likewise, there are multiple examples that suggest that the show makes the cast members’ lives more dangerous than what they actually are. One would be Tom Oar’s statement that the show makes his life seem more dangerous on a more consistent basis than it actually is. Another would be the frequent focus on Rich Lewis’s frequent searches for his dogs, which is rather undermined by the fact by they are wearing collars with GPS tracking devices mounted on them.

How Long Can Mountain Men Last?

Regardless, while Mountain Men is far from being a 100 percent truthful depiction of the lives that its cast members live, it is more than interesting enough to be successful. For proof, look no further than it has had seven seasons and counting, which is no mean accomplishment. With that said, one can’t help but wonder how long it can continue on for. It is possible that the elements that make it interesting will wear out their welcome at some point, but a lot of the reasons for their ability to fascinate aren’t going to go away any time soon, meaning that they should hold on to it in considerable measure. Moreover, Mountain Men isn’t as centered on a single family as some of its counterparts, meaning that it is perfectly capable of switching out cast members as needed. As such, it is possible that these two elements will combine to keep it running for a very long time to come indeed.