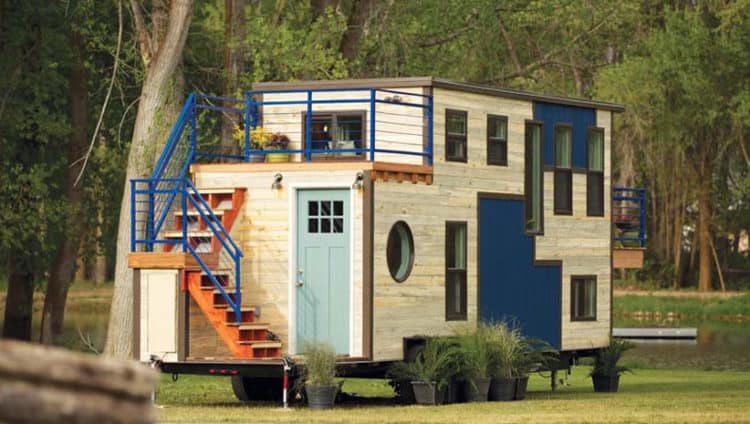 If you’re like me then you might have already looked at a show like Tiny House Nation and thought that there’s no way in hell that this fad can possibly last. Well, the truth is that it can and it can’t. That might sound kind of vague and as though I might be hedging a bet, but there are very real ways why it’s quite true. The trend of tiny houses is something that is seen as worthwhile since to those that want to downsize it’s actually not a bad idea, and it’s also a good idea for those that want to spend more time outdoors and experience as little time possible indoors. With tiny homes as you might have seen on the show this is probably a good idea.

It’s exceedingly easy to see just how the idea wouldn’t last, as if you’ve ever spent enough time with another person in a single room, even if you happen to like them, the chances are that you’ll want your own space after a while. With tiny houses it’s almost like being in that single room with the same person for an extended period of time. And think about it this way, if the weather turns and going outside isn’t an option there’s really nowhere else to go. In a traditional house there are typically more than a couple of different rooms where people can go to gain a bit of distance from one another for a few minutes. Bathrooms are separate rooms, bedrooms exist with walls and doors that allow a modicum of privacy. In tiny homes there’s not a lot of expectation of privacy.

There are a couple of advantages. For one they cost less, meaning that you won’t break the bank when buying one. You can usually purchase a tiny home for a decent amount of money depending on what kind of amenities you want and how luxurious it is, but the chances are that you won’t be spending a truckload of money on one of these things. Plus, there are some homes that can be placed upon mobile structures that will allow them to be towed around from one place to another. It’s kind of like having a trailer, but instead it’s having a home you can pick up and set down, for a cost, just about anywhere it’s allowed.

The downfalls of tiny homes are unfortunately kind of obvious since they’re so glaring when you really look at them. One of the biggest downfalls has already been pointed out, the lack of privacy since there is really nowhere to go to get away from another person if you feel the need. But this leads to other downfalls that might be kind of personal but are still quite real. For one, the single bathroom that these homes have are quite small and, vulgar as it sounds, certain emanations might not be easy to get away from and even opening a window might take a while to really eliminate. Plus, tiny homes are not exactly a place for those that like to entertain, as more than two or three people in one of these things is bound to be a crowd, and more than three or four is just not possible unless you want to feel as though you’ve walked into a can of sardines.

Another thing about these homes is that they’re not typically made for bigger people. It’s a common sense thing really since looking at these homes should give you the idea that if you’re too tall or too wide then you’re not going to be all that comfortable. It’s not a manner of shaming anyone, it’s a matter of common sense that should allow a person to look at these homes and realize that they’re not really designed for those that are taller than a certain height or bigger in girth than can comfortably fit in this space. Tiny homes are, as you might imagine, a little more geared towards men and women that are not all that big and don’t mind being in close quarters with those they’re going to be living with. Upon looking at these tiny homes a lot of people can probably make the statement that they’ve had apartments bigger than these things.

But they could stick around for a while, if not forever. That seems evident since there are many people that have come to enjoy the benefits of a smaller home. There are fewer costs, less maintenance, and the fact that you can put your house on a trailer, in some cases, and motor on down the road to a new spot is something that is admittedly kind of nice. So it’s fair to say that tiny homes could be around forever in some regard, but the idea that they’ll be popular for just as long is kind of hard to say with a straight face.