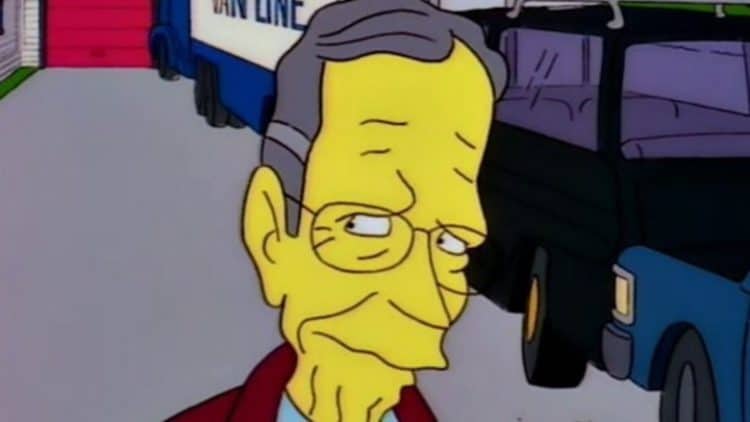 Asking questions such as why The Simpsons haven’t had a single president as a guest star might start up a slew of theories that fans will gladly think up since one thing that fans love to do is theorize on the whys and hows of their favorite shows. The answer to this question is pretty simple though, the presidents didn’t want to be featured on the show. If they weren’t feuding in some minor way with the show they were simply unwilling to demand the office of the presidency, as Bill Clinton put it in different words. That’s kind of funny to be honest since a lot of people should be able to see the irony there considering how so many presidents have been perceived over the years and have in some cases brought less than a full measure of dignity to the office. But for one reason or another, the show had to use voice actors to take on the roles of the various presidents that they featured on the show and to be real, Donald Trump was the only individual that actually wanted to go on The Simpsons. The show actually didn’t use him for its own reasons, which kind of makes it less than possible to feel too sorry for the Simpsons when trying to get added guest stars, as they did take things noticeably easy on a couple of presidents, such as Barack Obama and George W. Bush. There are likely reasons for this, but we won’t go into them here. The point is that the presidents didn’t want to guest star on the show and therefore didn’t lend their voices for their characters simply because they didn’t want to. They either didn’t agree with material, didn’t want to soil their office, or had other reasons that they gladly used to get out of it.

To be certain, the appearance of each president on the show was pretty funny, as seeing them played by other voice actors was something that made a lot of people laugh even as some folks might have thought it was downright shameful. Of course, if anyone really wants to see a shameful use of a former president then watching Family Guy when it parodies Bill Clinton is a greater example of someone taking a huge dig at a former president. Much like anyone that enters a public office, the president of the United States is bound to find that their position will be mocked, ridiculed, and used for comedy as much as is humanly possible since satirizing the most powerful individuals in the country is often seen as great comedy and no matter how people feel it is protected so long as the creator doesn’t push the issue over the top in a way that can’t be dialed back. There’s no desire to insult someone in such a manner that it can’t be laughed off, but there are times when the depictions of the presidents feel fair enough since the reputation that preceded the satire was earned in one way or another. Bill Clinton is a perfect example of this since no matter how he’s turned out in real life, many people will always remember him as a slick-talking individual that was ousted from the White House in a very embarrassing way, and it’s bound to be reflected in humor so long as people find it funny.

The same will no doubt be done, and in fact has been done, with Donald Trump, Bush Sr. and Bush Jr., Gerald Ford, and even Barack Obama to a lesser degree. One can only imagine what might happen when shows begin to parody President Biden in a big way, but in this hyper-sensitive era, it’s likely that Biden won’t be targeted that quickly lest networks find themselves under fire for daring to make fun of the current president. It’s not something that should be stopped and it’s not something that a lot of people would want to be stopped since public figures in all walks of life are able to be targeted by humor since like it or not they’re in the public eye, which makes them fair game for gags and the type of humor that might offend some people. But for their own reasons, the presidents decided not to come on The Simpsons. For the most part, no one cared since it wasn’t exactly an anticipated occurrence that people were waiting on, but it does speak volumes to the fact that a couple of the presidents didn’t care for the show and a couple of others were willing to make excuses that were kind of silly since it was an indication that it might not have done wonders for their public standing. To be honest, it might have helped a couple of presidents to be seen performing a voice role, as it might have made people think that they were easier to relate to.