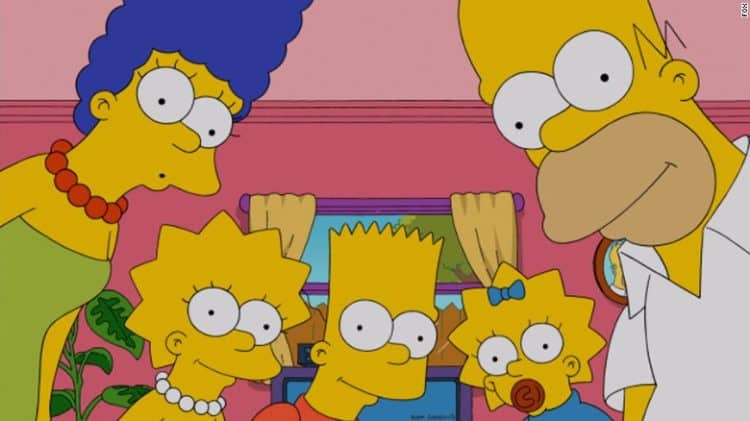 To be perfectly honest it’s not such a strong boast to say that The Simpsons might outlive us all, and that’s simply because when you think the show is about over it decides to go and get renewed and we’re back in the saddle again for another go. But the show hasn’t been without its issues throughout its long and storied past, since if you’ll remember it wasn’t the most loved show when it came on the Tracey Ullman Show to begin with. The animation back in that day wasn’t even close to what it is now, but the idea somehow stuck and The Simpsons soon enough made their way to the mainstream and became an institution unto themselves.

How many of us remember the days of “Cowabunga” and “Eat my shorts” without remembering that it was someone else entirely that coined these phrases that Bart Simpson would eventually pick up? A lot of folks thought it was Michelangelo from the Teenage Mutant Ninja Turtles that quoted the first utterance, while if anyone from the 80s remembers John Bender from The Breakfast Club actually stated “Eat my shorts” to Paul Gleason in that classic Brat Pack movie. But the moment they were spoken by spike-haired little hellion that became the face of the show for so long they were a hit and a bane at the same time since a lot of parents wanted the show banned for its use of certain thematic elements and subject matter that didn’t sit well with their idea of what a family sitcom should be like.

These days that’s kind of laughable since the emergence of Family Guy, American Dad, and several other shows that have only raised the bar when it comes to pointless violence and language that people don’t care for. In fact at this point The Simpsons is as close to being wholesome as many sitcoms ever get without crossing the line and being completely family-friendly. If you look at the manner in which the characters tend to treat one another it’s still hardly the typical image that many family’s want to be depicted as, but it’s also a good bit of satire that those who can take a joke and understand the value of entertainment can enjoy.

In recent years there have been other problems as living in a PC culture has made it less and less possible for some subject material to be seen in a positive light. Try as the show might they still can’t get away from various stereotypes that more and more people seem to have an issue with. The character of Apu, though fun and engaging as a part of the show, has come under fire in recent years as he’s been seen as an offensive stereotype to portray. The man that voices Apu has said that he would gladly step down, though in all honesty if this is the case then how many more characters would need to be eliminated in order to satisfy those that are worried about stereotypes in a sitcom. The old argument of ‘where would it end?’ is one that many roll their eyes at while claiming that they’re not doing anything other than trying to ‘open our eyes’ to how harmful stereotypical behavior and representations of others can be, but in all fairness it’s taken this long for anyone to have a serious issue with this character, enough so that the producers actually thought about turning the character loose.

But honestly, if it’s taken this long to complain this much about one character, then the hypocrisy has run and run until the cup runneth over and the rest of us are near to drowning in it. People have been complaining about the show for a number of years now and this one incident is something that seems to have let loose a flood of problems that people JUST NOW are finally giving voice to concerning the show. Is anyone else really buying this?

With or without Apu, hopefully with, the show is still a phenomenon that has on occasion moved out of Springfield’s confines only to come racing back along the same streets, avenues, and alleyways that were made so popular in the beginning of its run. The issues and various problems that have been brought forth throughout the years have come and gone, being addressed now and again and either laid to rest or allowed to make certain changes in the show that have angered some and satisfied others alternately. But for all that one immutable fact has remained: people like the show. It might matter that certain characters come under fire for various reasons, but the premise of the show, no matter how it’s changed throughout the years, is very much the same. You watch The Simpsons because they’re an unconventional and very dysfunctional family, much as we watched the Bundys throughout the 90s.