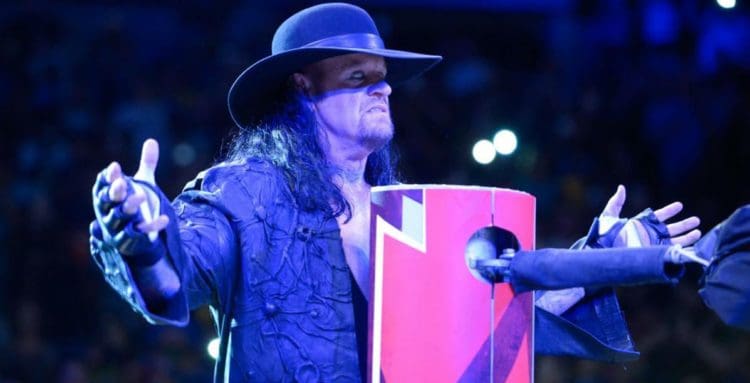 Let it never be said that the WWE doesn’t do anything for its fans. It’s a business to be certain, but even businesses recognize the need to foster goodwill now and again, and in this particular case there was a good reason for doing so when 12-year old Darrell Vice and his father Dwight were the victims of home invasion and robbery. Unfortunately Dwight was killed in the process and Darrell was paralyzed, and while three of the suspects were caught, one was still at large for a while. Being a huge WWE fan, Darrell caught the attention of the company and was given the gift of meeting his two favorite WWE stars, Kane and the Undertaker, and was then invited as their special guest to a WWE event. The WWE didn’t stop there either as Kane and the Undertaker went on America’s Most Wanted to deliver a message requesting that anyone with any information come forward and help. The fourth assailant was captured finally so there was some closure to the case, and it was a big up to the company for taking the time to recognize a fan. Some might want to be cynical and state that they really don’t care and that it was more of a publicity stunt, but for Darrell it was likely one of the best moments of his life, despite the fact that it was born out of tragedy.

Just looking at Kane and the Undertaker it’s pretty obvious that if they were to take on the kind of training necessary for becoming bounty hunters that they might be a couple of the most feared men in the world since their size alone makes them intimidating. But if they were truly able to do the kind of damage that people think they do in the ring and do it legally then a lot of crooks might find themselves attempting to up their game or might find a way to go straight in a hurry. A lot of the WWE superstars could attest to the idea that Undertaker and Kane have for a long time been two of the hardest working individuals in the ring and to be certain, they’ve earned a great deal of respect from a lot of their peers. There’s good reason for this since for 30 years the Undertaker managed to captivate the audience and became the Deadman that everyone loved, even when certain gimmicks appeared to go out of control. Kane, who came in only a short time later, is a very well-respected figure as well in the locker room, but when it comes to the two of them the Undertaker somehow gets a little more respect simply because of who he is and what he’s done for the business.

There are a lot of different reasons why the Undertaker is so well liked, but a lot of it stems from his work ethic and the fact that he’s done everything he could to be the phenom, the guy that everyone looks up to, and the kind of character that’s bound to be a legend to future generations when it comes to the WWE. Look at it this way, there are plenty of kids that still love Hulk Hogan even if they never got to see him wrestle, and it’s likely to be that way for the Undertaker as well, as his legend is bound to outlast his career by quite a ways. There’s a definite shift happening in the WWE, much as it’s happened in professional wrestling before, since the old guard, as those of a certain age might know it, is finally looking to step down and hand the business over to the younger wrestlers. This happens pretty frequently since at one point even the Undertaker was a rookie, though by the time he hit the WWF he’d already been wrestling for a while, much like anyone else. But now that favorites such as The Rock, Stone Cold Steve Austin, Shawn Michaels, Triple H, and many upon many others have stepped down, retired, passed away, or otherwise left the ring, legends such as the Undertaker and Kane are finding their way forward as well and are moving on from the life as they leave the squared circle for those that are younger and have more to give to the business.

Stories such as Darnell’s however are proof that even if the WWE is just a business, it does recognize at times that the fans are a big reason why they’re still able to conduct business, since without the fans there’s no market for performance art of any kind, which in a large part is what the WWE is. So it is nice, and uplifting, to see that the WWE does tend to take care of its fans every now and then.