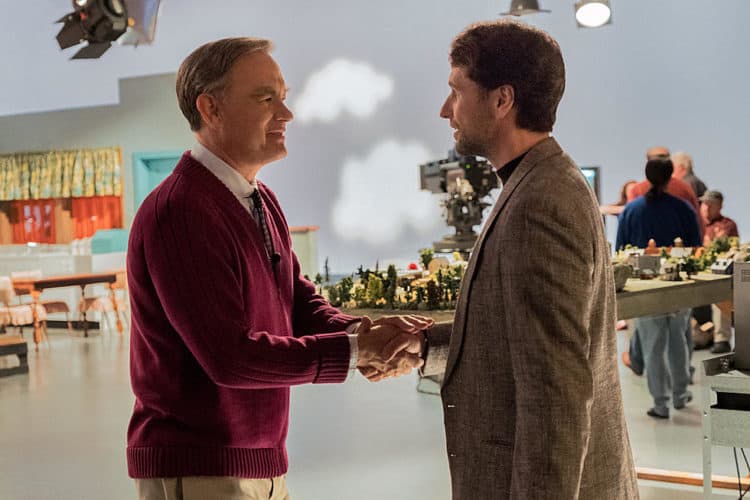 Just because someone seems perfect for a role doesn’t mean that they’re going to say yes to it right away. You might think that actors don’t like to pass on roles since they might be missing out. In fact some actors do very much regret passing on certain roles due to the fact that the movies made so much money. But had they not passed there’s no guarantee that the movies would have made just as much, especially given that people tend to like certain actors for various movie roles. Tom Hanks as Mr. Rogers just made sense to a few people, but initially it sounds as though he passed on the project. The daunting prospect of taking on the role of one of the most iconic men in children’s programming was something that many people might have passed on, but Hanks, Hollywood’s resident ‘nice guy’ was still against the idea to start with, likely because he didn’t want to do a disservice to the role. That’s easy to understand, as anyone screwing up Mr. Rogers would likely be jokingly tied to a stake and threatened with a torch since the man was such an important part of so many peoples’ childhood days. But as Kevin Polowy of Yahoo! writes, the screenwriters were too excited to hear that he’d said yes finally, as they stated:

“When Marielle came on, she asked us, ‘Who have you always wanted to play Fred Rogers?’ And we were like, ‘Well, Tom Hanks, but let’s get real. And she kind of cut us off and was like, ‘Whoa, whoa, whoa. Lemme ask him. Give me a shot.’ She called Tom Hanks, as one does, and he said yes and then Micah and I lost our minds.”

This was of course a dream come true for those that managed to work on the project since Mr. Rogers being the person he was, it was enough to think that a great number of people would have their reservations and possibly think that not even Tom Hanks could pull this off. Hanks has been a great actor throughout his career and has done many wonderful things, but there are limits to the acting talent of every individual, and this part is something that anyone might have to think twice about largely because not doing so speaks of the kind of arrogance that’s hard to stomach when it comes to not paying the proper respects to those that have had such a huge impact on so many. Some might go so far as to state that Mr. Rogers was simply the host of a popular kids’ show, but thankfully those voices are easy to drown out since along with Sesame Street and several other shows that many of us can remember from our childhoods, this show was something that taught us something about life, not just about what it took to excel in a classroom. You could say that Sesame Street taught such lessons as well, but as Alexandra Fleksher of Orthodox Union puts it, Mr. Rogers taught us just a bit more and went to greater lengths to teach people how to be human and how to look past differences towards the similarities that we have in common.

There’s no doubt about the talks that are already in place for the Oscars and the numbers of accolades that people are going to be heaping on this movie, nor is there any speculation about Tom Hanks being anything but the overall nice individual he’s been lauded as for so long. He’s human of course so he’s going to make mistakes here and there with his wording and possibly have an attitude now and again, but overall he was the best person for the part of Mr. Rogers since he gave the role something that many others couldn’t have done given the material he had to work with. He gave people a look into a real-life character that was instrumental in teaching and catering to children in such a way that he ended up explaining himself and his point to the US Senate, as per Maxwell Strachan of Huffpost:

This is what I give. I give an expression of care every day to each child, to help him realize that he is unique. I end the program by saying, “You’ve made this day a special day, by just your being you. There’s no person in the whole world like you, and I like you, just the way you are.” And I feel that if we in public television can only make it clear that feelings are mentionable and manageable, we will have done a great service for mental health. I think that it’s much more dramatic that two men could be working out their feelings of anger â€• much more dramatic than showing something of gunfire.

Anyone that didn’t balk at playing this man the first chance they received would have needed a serious reality check.