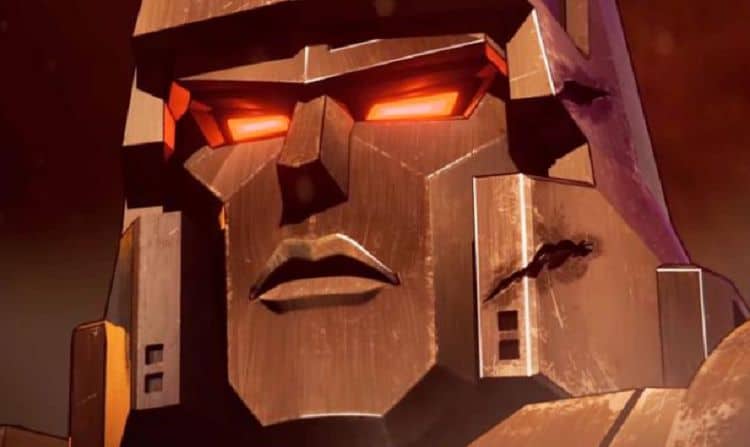 It looks like Paramount is moving forward with more Transformers and G.I. Joe movies. Recent reports have suggested that Transformers has two ideas for their next movie that will be releasing sometime next year. One will apparently continue where the Bumblebee movie left off, while the other revolves around Beast Wars. For those who are unfamiliar that concept, it was an old cartoon about the Transformers we all know about, except they weren’t really robots. They transformed into primal beasts and duked it out like they always did. Hence, Optimus Prime became Optimus Primal and turned into something that wasn’t exactly Optimus Prime. Megatron kept his name, but if I recall correctly, he transformed into a tyrannosaurus rex. Weird? Very much so, but if the reports are true, we may be looking at the Transformers in a totally new light.

There’s something about these reports that bother me, however. Paramount has their release date set for their next Transformers film, but they’re not sure what kind of Transformers film they want to show? Perhaps they’re considering their options, or perhaps the reports aren’t completely true. Personally, the idea of a live-action Beast Wars movie seems pointless to me. Watching the cartoon all those years ago was fun at the time because it was a cool idea. The thing is, that cartoon was our window for seeing the Transformers in a new light. It worked at the time, but let’s face it, nothing beats the original. They are robots in disguise and should stay that way. If another Transformers movie is happening, then Paramount needs to keep that momentum going that they started with the Bumblebee movie.

And now we move on to G.I. Joe. Lucky for Paramount, the upcoming Snake Eyes movie completed shooting before the lockdown happened. It will be released this October (assuming theaters reopen by then) and is meant to reboot the franchise. That’s definitely a good thing, because it really needed one. Rise of Cobra and Retaliation were pretty underwhelming and didn’t really do the characters justice. Much like the cartoons, the silent ninja commando Snake Eyes was the star character that carried the weight. It’s always fun to see him in action, which is probably why they opted to give him his own movie instead of making a third G.I. Joe film.

It was a smart move on their end, but it seems they haven’t completely given up on bringing his fellow Joes back to the big-screen. Paramount has confirmed that they are planning a follow-up film to the Snake-Eyes movie. It may seem premature, considering the Snake-Eyes movie hasn’t been released yet. However, this news does reassess my faith in the Snake-Eyes film. If they weren’t confident about its success, then it’s likely they wouldn’t bother considering making more G.I. Joe movies. Maybe I’m being mister positivity here, but as a fan of both franchises, I really do want them to have successful films.

If the Snake-Eyes movie is a hit, then more G.I. Joe movies will likely be on the way. I’m guessing it’s already set in a rebooted G.I. Joe universe and it will end with Snake Eyes being approached by Duke, but that’s the fanboy in me speculating. I’m excited for it, but to be honest, I think Paramount should think bigger. Another cinematic Transformers and G.I. Joe universe would be the typical and logical movie, but why stop there?

I believe Paramount would greatly benefit from doing a Transformers/G.I. Joe crossover film. It’s an ambitious idea, but overall, it is a fun idea. The idea of Transformers and G.I. Joe was to always entertain us and not dwell too much on compelling storytelling. Does that mean the story has to be bad? Of course not, but their past movies kind of lost sight of that. When the Bumblebee movie was first announced, I thought it was the mother load of risks. To say what everyone’s been thinking, Michael Bay has tainted the Transformers name. To over sexualized female characters, to racial stereotyped transformers, his ideas certainly rubbed many fans the wrong way. Because of this, I was convinced the Bumblebee movie would be swept under the rug pretty quickly, but it surprised me.

Fans liked it, critics liked it, and it made money. It showed how a young human can form a special friendship with a giant robot and I’ll admit, it made me tear up a little. For the first time a long time, I was actually asking for another Transformers sequel. Second chances come for a reason and I hope it’s not wasted. The same goes for the G.I. Joe reboot and I’m confident the upcoming Snake-Eyes movie will be a fun martial-arts flick. Can it really warrant the reboot for a whole new G.I. Joe franchise?

In this case, I’d say go big or go home. I can’t imagine many people are very excited about more G.I. Joe other than Snake-Eyes. The same can be said about Transformers, but I feel like they have more characters to offer. I’ll just say it, but I think Cobra Command has more interesting characters than G.I. Joe. From Storm Shadow to Baroness and of course, Cobra Commander himself. These villains brought me back to G.I. Joe and I would love to see them be done properly. The same goes for all of the Transformers, but here’s the thing about both teams: we’re all very much used to seeing them fighting each other.

A crossover means the Joes and the Autobots joining forces to battle Cobra Command and the Decepticons. Both sides like using technology to their advantage and what’s more advanced than a Transformer? Megatron has never liked working with humans, but he shares Cobra Commander’s views on world domination. Both villains are treacherous, but both have their resources and hate their archenemies with a passion. Just thinking about this makes me imagine what the action scenes would like. A lot of explosions, a lot of shooting, and just tons of ingredients for an epic action movie.

If you’re Transformers or G.I. Joe-fatigued by now, just think about a crossover movie with all of them blowing things away. Cobra Commander using Megatron in the form of a gun to use against Optimus Prime or Snake-Eyes using his ninja skills to sneak up on Shockwave to take his eye out. Sounds a lot like the comic. Yes, it was a comic, and if it worked on the page, then there’s a high probability it will work on the big-screen. After all, this is all about fun action.