Home
TV News
Why US Agent Deserves a Solo Series/Movie 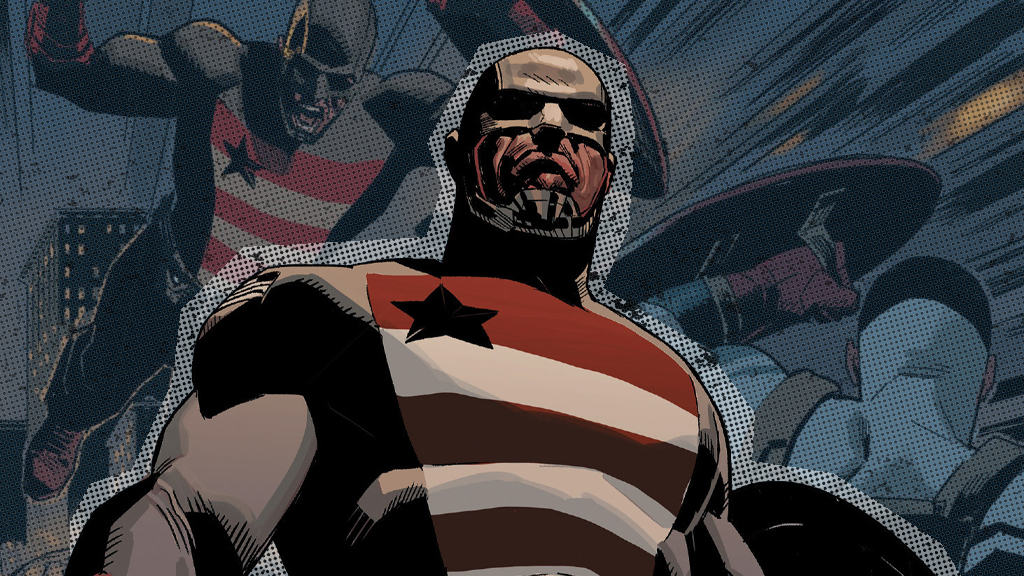 It kind of feels like this might be happening at some point anyway, doesn’t it? John Walker in The Falcon and The Winter Soldier isn’t such a bad guy really, but it’s obvious that he doesn’t like being treated with disrespect and he’s not about to relinquish the shield and role that he’s been given as Captain America. The downside of this unfortunately is that he might not have the right temperament to be Captain America. That statement alone might be kind of awkward, but the fact is that the hero is, in the comics, kind of an emotionally loose cannon and no matter how much people might want it to be different, he’s NOT Captain America. At this time he’s an exceptionally trained individual that was given a title he didn’t exactly earn. Some might want to argue that point, but US Agent has kind of a sordid history since he’s so incredibly rigid in his beliefs that he doesn’t bend easily and he’s not the type that can be talked down that quickly given that his convictions will often carry him forward without fail. He’s fought some of the toughest individuals in the Marvel universe and a lot of times he’s proven to be extraordinarily tough and capable of fighting some of the strongest characters around, but he’s also been taken down a few times and has shown that he’s the kind of guy that can let his temper get to him.

Seeing this in the Disney+ show feels likely for John Walker since it’s already been established that he’s tired of taking crap from Bucky and Sam, but whether or not he’s really going to be able to impose his will on either man will be interesting since there are moments in the show’s trailer that show both Sam and Bucky wielding Captain America’s shield, so it does stand to reason that Walker might lose control of the position for a bit. The fact is that Walker is the type of character that has strongly-rooted beliefs and is, as some might have already guessed, the type of American that believes deeply in his country, but also has huge reservations about various ideas that are present in America that he doesn’t support. Walker isn’t exactly a huge fan of the superheroes in the comics and turns out to be more of a plant in the Avengers than anything, a means of keeping an eye on them for the government to make certain that things don’t get too out of hand. Given what’s already happened in the movies it feels easy to think that US Agent being given his own series or movie down the line wouldn’t be that big of a stretch since it could possibly show how Walker came to be the impressive person that he is and can help launch an expansion of the Avengers as things go along. It’s still going to require a lot of work no doubt and quite a bit of imagination, but first Walker has to drop the shield and pick up the US Agent identity since it does sound fair to say that even now a lot of fans are still confused by his turn as Captain America since Chris Evans kind of nailed the role and a lot of people aren’t ready to move on.

It was a little confusing to see a Captain America lookalike back in the day since US Agent came in as a much more aggressive and less compassionate figure that wasn’t above beating the living hell out of people to get a result. The differences between the two were so great that the character established himself quickly and made it known that he wasn’t Cap and was bound to do things very differently, which is one reason why things could be kind of interesting if he was to be given his own show. It does feel that the Avengers would have to be mentioned and/or shown in a greater way to make this character stand out a bit since otherwise, a show would need to create a solid base around his life and everything he’s done in the Marvel universe, before his appointment to the team. That could be kind of interesting as well, but it would remain to be seen if people would really respond to the character simply because of his similarity in appearance to Captain America and the feeling that he might be a bargain basement kind of character. It sounds a bit cynical to be certain, but at the same time, it’s not too far from the truth since while US Agent is a powerful and useful character he’s not exactly a person that many people are clamoring to see. Perhaps a limited series might be enough to build up the kind of interest that would be needed to put him in a movie.