Home
Movies
Why We Need The Black Adam vs. Superman Fight In The DCEU 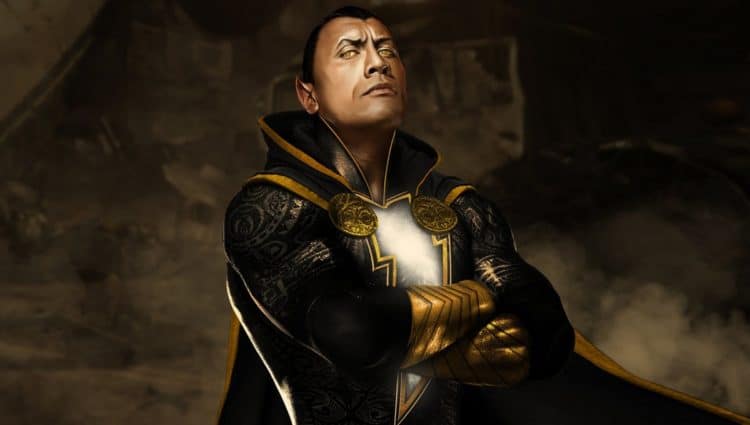 How long have we been waiting for the Black Adam movie with Dwayne “The Rock” Johnson? The short answer is forever, since I remember it was announced back when I was in high school. First he was going to be Shazam, but then he decided he wanted to be Black Adam. I must say, that was the right call on his end. A guy who’s very tall, insanely buff, and has the dark skin tone to play the Egyptian anti-hero known as Black Adam seems like a no-brainer. But let’s face it, The Rock is The Rock and he can pretty much do whatever he wants.

He’s got to be the busiest man in Hollywood right now, but after a while, we have a tendency to be impatient. Even I had my doubts that the Black Adam movie was going to happen, but then again, when The Rock wants something, he tends to get it done. Ever since the DC Cinematic Universe got rolling in 2013 with Man of Steel, we DC fans got our first glimmer of hope. Well, Dwayne Johnson scored a director in Jaume Collet-Serra, with Johnson himself also serving as producer.

So the ball with the Black Adam movie is finally rolling, especially with that little teaser they gave us last year at the DC Fandome event. Dwayne Johnson looked super awesome as the character and he even gave us an idea on his backstory and the setting. In short, it sounds like everything that Black Adam is supposed to be. He was a once the champion chosen by the Wizard known as Shazam to protect the magical city of Kahndaq. However, Teth-Adam (his original form) used his power to brutally usurp those in power. The comic version believed that he was fighting those who oppressed Kahndaq, hence his brutal use of his powers. However, he also became convinced that the only way to bring order to Kahndaq was to rule the country with an iron fist.

Over the years, Black Adam has shifted from a violent villain, to a brutal anti-hero. He has blood on his hands (a lot of blood) and firmly believes that he was doing what was right for Kahndaq. This has led him to conflict with Shazam, the Justice League, and the Justice Society of America. Speaking of which, the Justice Society of America will make their DCEU debut in Black Adam. So far, the only confirmed members we’ll be seeing are Hawkman, Cyclone, Atom Smasher, and Doctor Fate. Boy, now that’s an exciting line-up.

However, I just cannot help but wonder if we’ll be seeing another DC hero. Let’s just cut to the chase here, because we all want it. Henry Cavill’s Superman vs. Dwayne Johnson’s Black Adam. That’s a fight we all need to see and both actors have been teasing it for a while now. And yes, I think it will happen. Will it happen in the Shazam sequel, or in the Black Adam movie? Well, apparently Superman won’t reappear in the next Shazam movie, but there is a chance he’ll appear in Black Adam.

Let’s take a look at what we know so far. Black Adam was already teased in the first Shazam movie and it’s heavily implied he’ll fight the Shazam family in the sequel. That’s destined to happen and we can’t to see it. I must say, however, that a Superman vs. Black Adam fight sounds much more epic. At this point, Superman is a more experienced hero and is capable of fighting villains like Black Adam. Sure, Henry Cavill is a tad smaller than Dwayne Johnson, but that will only make it more challenging. It would be like watching the light heavyweight contender moving up to fight the heavyweight champion in the UFC. Except, you know, they have awesome superpowers.

What time period is Black Adam set in? I initially believed it was going to be an origin story, but the teaser from DC Fandome implied that will only cover a small portion of the film. I think that’s a better option, but we also need to keep in mind that Black Adam is thousands of years old. The wizard Shazam mentioned that he was chosen long ago and when he proved he wasn’t worthy, he was stripped of his powers. So if the film is set in modern time, that means Black Adam somehow retrieved his powers. It also means he is planning on another uprising and seizing control of Kahndaq once again. That will surely attract the attention of the Justice Society of America, but what about Superman?

Even with the line-up the JSA has, it probably won’t be enough to stop Black Adam. If they want to beat him, they’ll need someone who can match his strength. Superman can definitely rival his strength, but he’s also vulnerable to magic. That’s something he hasn’t discovered yet in the DCEU, but this weakness can be revealed when he fights Black Adam. This will force Superman to use strategy above brute force to defeat Black Adam. He’ll discover another weakness of his, but he’ll also learn to fight beyond it.

Now let’s just think about the Justice Society of America for a minute. They were the first superhero team ever in the history of comics and the predecessors to the Justice League. Now that they’re being brought in to the DCEU, what does that mean for the Justice League? In the comics, Superman was a prominent member of the JSA. In some versions, he was actually a founding member.

We don’t know the future of the Justice League in the DCEU after the Snyder cut. Will his version live on? I sure hope so, but I can see Superman becoming a prominent member in the DCEU JSA as well. If that happens, the JSA can take full advantage of having Superman on their team by having him fight Black Adam. It’s a fight that will be epic to watch and we need it to happen. If it doesn’t happen in the Black Adam movie, it must certainly happen in future DCEU movies.

And let’s not forget that Dany Garcia, Dwayne Johnson’s ex-wife, is one of the producers of the movie. Dany Garcia is also Henry Cavill’s manager. You see where I’m going with this. I’m willing to bet that she is already working on getting Henry Cavill to suit up just so he can take on Dwayne Johnson’s Black Adam. It sounds like this fight is just meant to be.