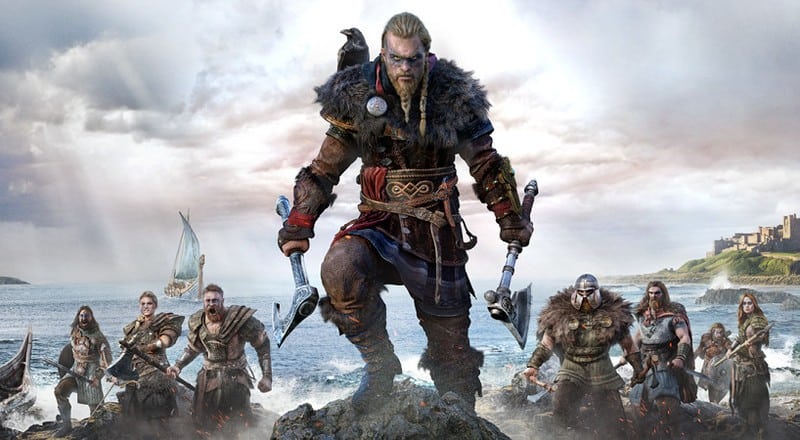 Anyone that’s played the Assassin’s Creed games in the past knows very well that since the first game things have changed quite a bit since Altair, who was believed to be one of the greatest assassins of all time in the story, and still is by many, was the person that set the tone. Obviously things have changed from game to game as Ezio Auditore and then Edward Kenway and so on and so forth have come forward to continue the line, and they changed even more when Origins and Odyssey came along, but one direction that a lot of people might not have thought that Assassin’s Creed might have gone is towards Norway to include the warrior culture known as the Vikings, who throughout history have never been known as the stealthiest of fighters since they’re often written as being loud, boisterous, and not particularly given to sneaking up on people unless it was absolutely called for. As Jennifer Locke of Android Central tells it though a player will have more than one option when it comes to this upcoming arrival since it sounds as though the idea will be to allow one’s character, which will be able to be customized, to do as the player wants and either be a roaring, axe-wielding savage intent on conquest, or a hidden-blade wielding tactician that will gain and advantage through deception and hidden violence. The last aspects don’t sound much like the Vikings of lore, but the process of win at any cost is definitely something that one can see a Viking embracing since throughout history they’ve been known for many things, but the Vikings were definitely revered and respected for their ability to pull a win out by any means possible, even if they had to use their bare hands to do it.

Obviously we’ll see a bit of a stretch when it comes to the truth, but the ideas that are being implemented in this game thus far already sound enticing enough to pre-order the game as it’s supposed to be coming out for the holidays. It’s not known if the pandemic will affect order dates or not but the hope of course is that nothing will be stalled and people will be able to enjoy their gaming experience on schedule. One aspect of the game that sounds very interesting is that the customary eagle that has been present in so many of the games and in different forms will be replaced by a raven in this instance, as the ravens Huginn and Muninn, or ‘thought’ and ‘memory’ respectively. It does sound as though there might only be one raven that will follow the character around, and the game will be set between various spots in England and Norway, though there are apparently a few surprises that aren’t being released just yet, and for good reason. Glenn Carreau of GameRant had more to say in his own opinion. The idea behind making a berserker into an assassin however is still somewhat confusing, but it is also highly intriguing since it offers another skill set to a character that, throughout history, was known for being one of the most absolutely terrifying forces on a battlefield and were known to lay waste to entire towns and cities for no better reason than conquest. Obviously the Vikings had their time and were eventually seen to fade into history, but their fierce and savage ways are still well documented and as such have become legend and even myth that many people have allowed to mislead them when it comes to just what they were all about.

In fact the opening trailer seeks to defame the Vikings even as it shows what they were truly about, as Vikings did in fact have very ordered communities that weren’t perfect by any means but were far more civilized than many give them credit for. Ryan Goodrich of Live Science has more to say on this subject. Plus, the lack of horns on their helmets is a nice touch since there’s no real proof that Vikings ever adapted this fashion trend into their culture as was believed, though there are plenty that would argue the point that the idea was picked up from somewhere. What does look accurate enough is that they were in fact fierce warriors that did tend to favor axes, swords, and spears, which makes use of the hidden blade even more enticing since it adds a layer of depth to the character that will be played by those that purchase the game. As one of the many that has pre-ordered the game and watched the trailer several time by now I can state that this looks like an entry into the Assassin’s Creed franchise that should hopefully bring about a new level of excitement to the fans and new experience that will keep players invigorated for hours on end once it finally gets here. It’s time to enter the fray once again, Valhalla awaits.