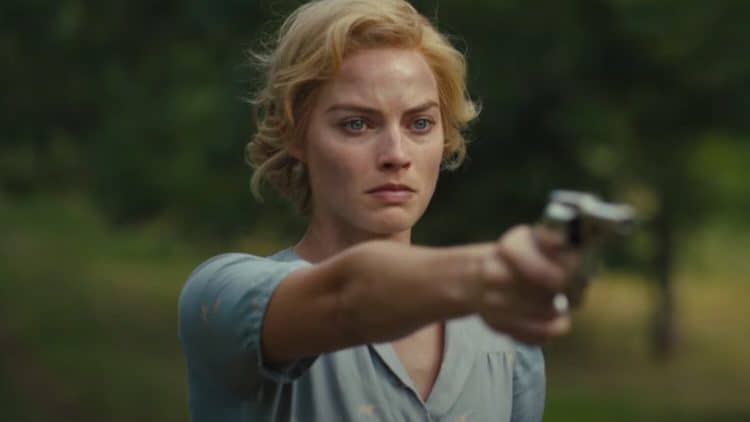 We’ve seen Margot Robbie in a few tough roles before so her time as Allison Wells shouldn’t come as any surprise given that she’s a bank robber and is pretty friendly with a pistol. The story looks compelling enough, especially since it’s set during the time of the Great Depression when a good part of the country was down and out and looking for a way to survive. Bank robberies during this time weren’t exactly unheard of, and in fact, they were one of the ways that America happened to notice some of the most famous outlaws in history since stealing from the bank was considered, by some at least, to be the least likely way to hurt the hard-working people of the nation since banks were insured, or so the belief went. But to be honest, robbing banks was taken as a serious offense since everything from trains to banks were getting robbed at one point, and the thieves were getting more inventive and more desperate at times, and in some cases were more likely than not to kill someone if they did anything to hamper their escape. No one wanted to go to prison after all, since freedom was one of the few things that thieves ended up coveting as well as the money they stole.

The likelihood of a female thief wooing a young man that lived on a farm in what could have possibly been in the middle of the Dust Bowl doesn’t sound unlikely at all since so many people were absolutely desperate at this point to simply move on or find a way to thrive that just about any offer would have been taken by those that were needing something to look forward to. The only problem that would arise in these times, and it’s seen in the trailer, is that trust was in short supply at that time since there was no telling who was going to ally with a person on the run and who would gladly turn them in for a reward, should on be posted. Some might think it’s their civic duty to uphold the law and simply turn in criminals for the sake of it, and because it’s the right thing to do, but those same people might be amazed to learn that relinquishing any information aiding in the capture of a criminal isn’t usually what some people are thinking since very few things in this world are ever given for free, and that includes information, and loyalty.

With Finn Cole, Garret Hedlund, and Travis Fimmel helping to round out the cast it does feel as though this movie might be worth taking a look at since the cast alone is a big draw, while the story might be worth the effort. It also looks as though Finn’s character is going to be joining Margot’s for a bank job, and that Fimmel and Hedlund are going to be targeting her, and possibly both of them at some point in the movie. One thing about any movie made in this time period is that one has to remember that life was increasingly tough since there weren’t as many jobs, families had to give up their homesteads, and people were doing just about anything they could to survive. Not everyone turned to crime since many people still had a strong sense of morality and, as misguided as it likely was at times, they didn’t stoop to shoving a gun in anyone’s face to get what they wanted. Plenty of criminals justified their actions, and some even made a bit of sense, despite the fact that they were still firmly in the wrong. The movie is likely to give some reasoning behind why Wells would become a bank robber and a killer, and there’s probably bound to be a bit of sympathy that’s being sought for the character, and it will make sense to a lot of people without any doubt. The morality surrounding the Great Depression and those that had to live through it is a quandary to many people since in hard times it’s difficult to say just which way people will turn, but the one certainty is that hard times divide people just as readily as flush times, especially when it comes to what’s considered right and wrong. One of the biggest differences is that in hard times, the desperation that people feel can cause some to take steps down a path that there’s no coming back from.

From the trailer, it does feel that the movie is going to be picking up on this and making it clear that things weren’t easy back then, but that every decision made carried a huge price with it. This is definitely one that history buffs might want to watch just to see if it’s worthwhile.