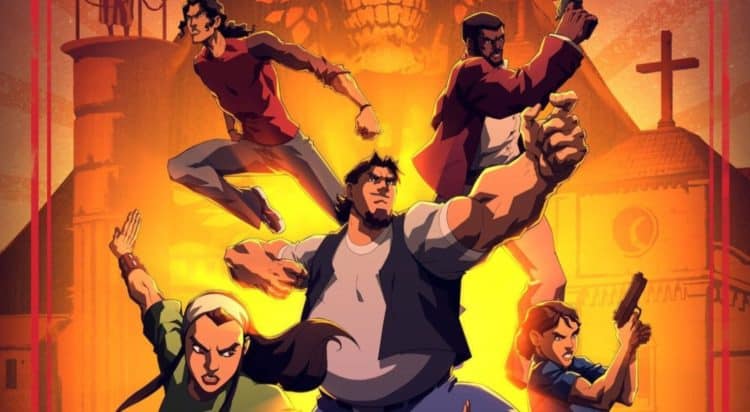 Right now it seems as though there’s a few reasons to check out Seis Manos, and those are the fact that it’s going to be on Netflix, it’s about three Mexican orphans that are trained in Chinese martial arts, and it’s going to have Danny Trejo. Those are enough reasons for just about anyone to at least take a look at the show and think that it might be okay enough to continue with. After all a lot of us have been liking Cobra Kai for the past two seasons and the diversity there has increased quite a bit, right? This show starts off being diverse and doesn’t look as though it’s going to be anything but as it continues on. It sounds as though the series is going to be starting up coming October 3rd and so far it would seem as though it’s going to be worth the watch since not only is it an adult-themed show, but it’s already looking as though it has plenty of action and will be something that people can get behind.

Another fact about the show is that it’s set in the 70s, which as a lot of us might realize makes it a bit retro and might even give it a slightly Tarantino-esque feeling to it, at least that’s the hope. Perhaps we’ll get to hear some 70s beats (the whole wocka wocka bow wow feeling) while the main characters are kicking some major butt and even get to experience some of the themes from that era. The 1970s were actually an interesting time for martial arts since some of the best and most memorable movies came out during this time. Plus, the 70s had a very distinct feeling that set it apart from other decades but also made it less memorable than others for one reason or another. Plenty of things happened in the 70s, but for some reason being sandwiched between the tumultuous 60s and the flamboyant and rapidly-changing 80s didn’t help. It’s almost as though the 70s were a slightly more peaceful time by comparison, but it’s also kind of hard to say that with a straight face.

All in all this show looks like it might be a good time since it might take a lot of people back if it stays accurate to the time period and keeps things from being modernized as much as possible. There are a few names on the cast that are fairly well known but Danny Trejo definitely trumps them all since just about everyone knows about him at this point. He’s been seen a number of movies and has been a TV star as well, building his reputation one act after another as he’s played the tough guy on many occasions and even the villain on several others. But when he plays the good guy he becomes the grizzled old fighter that’s seen and done a great many things but is still ready to stand up and take on the next opponent. There’s even a rumor about another Machete movie coming out, despite the fact that Trejo is in his 70s at this time and is looking pretty wizened. His stints as Machete and in the Badass movies have cemented his already impressive legacy as a tough guy, but he’s also taken on other roles that show he has other dimensions to his character that some people don’t know that much about.

Another thing that’s already sounding pretty cool about this show, as mentioned by Richard Whittaker of Austin Chronicle is that each individual will have their own fighting style that will no doubt accommodate their body structure and match their movements to what seems appropriate for their personalities. This is kind of important since in a lot of movies featuring martial arts you definitely want to pair the style with the character since otherwise it might become a little awkward. A good animated movie to use as an example is Kung Fu Panda, which was a big hit because of the humor but also because the martial arts was, admittedly, well over the top but still grounded enough that it felt authentic until it went cinematic in a flash. The point of it is that each fighting style was selected for each fighter to compliment the rest of the group and to accentuate certain characteristics of the cast. Tigress was more aggressive, Monkey more agile and limber, and so on and so forth. Po went on to find his own style which is a blend of many but still a far more lumbering attack that works for his body type and personality. That’s what it seems to be like in the trailer to this show thus far, as each character is using a fighting style that is best served for who they are and how they tend to move.

It looks like an interesting show and worth watching at least once.