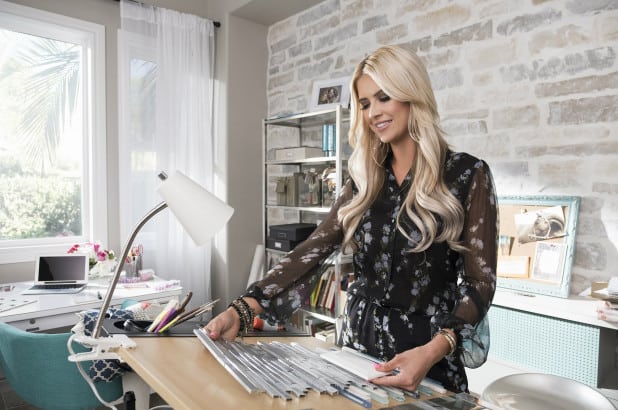 It seems that some folks might actually want to see how Christina on the Coast will go and some are already saying that they really don’t care any longer. For a long while when she was with her ex-husband Tarek it really seemed as though she was either stifled or was kind of pushy now and then as she tried to get her own style to reflect in part of the projects that were being created. As Candace Braun Davison of House Beautiful has said Christina could probably execute a house flip in her sleep, but with Tarek she had her ups and downs since she didn’t always get to shine as much. Now that she’s going to have her own show however it seems that things are going to get a lot more personalized as she’s doing jobs for individuals rather than prospective buyers that might come in and love parts of the project but not others. What this does is give her a chance for a lot of one on one time with the clients and also allows her to get to know them and their personal styles. This in turn allows her to get to know just what they’ll like and how best to suit their needs when it comes to designing a home that both she and the owners can be proud of.

Megan Elliott from Showbiz CheatSheet has mentioned that it might not be too surprising to see her ex show up on her program in some capacity but since Flip or Flop is still very much an active show she hasn’t quit just yet and is still working with Tarek. How things go on the show now is kind of different from what you’ll see on her show since she’s in charge and she’s the one calling all the shots, at least after she gets the information she needs from her clients. As far as Tarek goes, he’s always going to be a part of her life since they have a history and children together and there’s no getting away from that part of their relationship. But she’s been excited to move on and begin her own show as she’s definitely wanting to put her expertise to the test and to prove that she has every bit the same kind of skill and drive to make this work as anyone. Her current husband also seems ready to get in on the act when she needs him since he’s been quite supportive and has taken a great interest in what she’s doing.

What might make the show a little bit difficult for Christina at this juncture will be the fact that she’s pregnant with her third child, this one by her current husband, and will likely continue filming throughout most of the time. At this point though, as Erin Jensen of USA Today has written, she’s a bit hormonal and things are a little nuts since being pregnant and trying to do a variety of different things in one’s life is enough to drive a person cuckoo occasionally. Pregnant ladies all over the world know this too well since the kind of hormones running through your body at that point make life a little emotional at times, a little difficult, and sometimes as up and down as a rollercoaster. Thankfully her husband is there for her and has already proven to be a great dad to her children as he has his own kids as well from a previous marriage. So honestly she’s in good hands since not only do the two of them get along, but she’s also able to rely on him as a parent, a husband, and if need be another set of hands for her show.

How a person feels about Christina really depends on whose side they took when she and Tarek split. In terms of the show Flip or Flop there’s no doubt that she’s been a big part of the whole process since day one since she and Tarek have worked as a team for the entire time. But whether you think she was the one that made things fail between them or it was all Tarek it doesn’t matter. They split, that’s it, they went their own ways and things got crazy for a little bit, but now they’re both back doing what they know how to do and she’s attempting to make it work with her own show, which seems like it might be worth a look since it’s not as impersonal and it’s bound to make a lot of people happy since she’s had her finger on what people really want when it comes to their homes for a while now. There’s no doubt that her show is going to be a success, but how long it will last is anyone’s guess. Hopefully she’ll be around for a while to come.