Home
Movies
Why We’ll Be Watching “Above Suspicion” 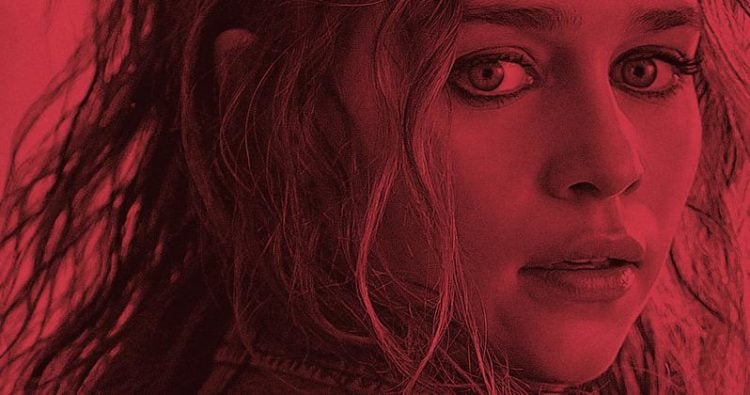 The trailer for Above Suspicion kind of plays out like a cross between Fatal Attraction and Jerry Springer since Emilia Clarke takes on the role of a woman that’s initially turned into an FBI informant to solve a case and ends up being tossed to the curb by the same agent that used her and started an illicit affair with her during the case. Based on a true story, Clarke plays Susan Smith, a woman trying to get out of a small mining town in Kentucky that has no prospects and no future, at least not for her. When she’s made an informant by a newly married and relatively new FBI agent played by Jack Huston she thinks that she’s found her way out of a dead-end life, but when the agent breaks off their affair after the case is over, Smith isn’t ready to simply lay down and take the dismissal without firing back, especially when she discovers that she’s pregnant. One can just imagine how that sparks the intense conflict that comes next, though from watching the trailer one has to wonder if there’s going to be a little more to the movie than this since casting Johnny Knoxville and several other known actors in the movie kind of begs the question as to whether or not something else is going to pop off. Given that it’s based on a true story though one can imagine that not too much else is going to happen unless it happened in real life. But seeing as how this story is already intriguing enough, it might not need to have too much else, considering that the acting might be all that’s really needed.

Watching Emilia Clarke sans her regular accent again is kind of different since it’s odd to see her speaking American English, and with a southern accent no less, after watching her for so long on Game of Thrones. It would appear that she brought the madness with her from the show since Smith is easily seen as the type of woman that won’t let a perceived slight, and especially a real slight, go without comment or without some form of payback. That appears to be the general idea of the movie since after the FBI agent goes home to his family, Smith begins to show up in an attempt to get back at him for what she feels is a slight that demands payback of the sort that is meant to terrorize and intimidate. From the looks of things, the matter is going to get serious pretty quickly and likely won’t end in a peaceful fashion.

This is definitely a different look for Clarke since taking on the role of Sarah Connor and a few others since GoT has definitely made it appear that she’s more than ready to take on just about anything that can be tossed her way and can likely also take on much bigger roles if they happen to be the right ones for her. Let’s be honest, Sarah Connor probably wasn’t the right role, but until we watch this from front to back it does look as though she can easily impress just about anyone apart from the fact that no matter how stringy her hair is or how much she’s given the white trash trailer park treatment, she doesn’t really embody the down and out type of look as some folks have done in similar movies. Johnny Knoxville can affect that type of part and many others can as well, but for one reason or another, Emilia is the type of actress that’s either a little too elegant or just a little too fresh-looking, the type that hasn’t been worn down by a hard life and hasn’t really experienced the hardships that her character has supposedly been through. If there’s one criticism to stick to, that would be it, since anyone that’s been through a hard life knows that quite often it takes a toll on their appearance as well as on their body, mind, and emotions. If there’s one thing to watch for it’s how she takes on this part from the start to the end of the movie since that will be a deciding factor on whether it’s worth watching or not.

That’s probably being way too nitpicky, but it’s fair simply because when looking at other movies like Monster, the feeling is that Charlize Theron couldn’t have played the role of Aileen Wuornos had she gone without the makeup that turned her into a rather homely individual. The same appears to apply to Clarke since there are plenty of good-looking people in small towns across America, but her Hollywood good looks really push the boundaries of belief for such a small burg, so it’s a big hope that her acting is on point.