Home
Movies
Why We’ll Be Watching Documentary “The Donut King” 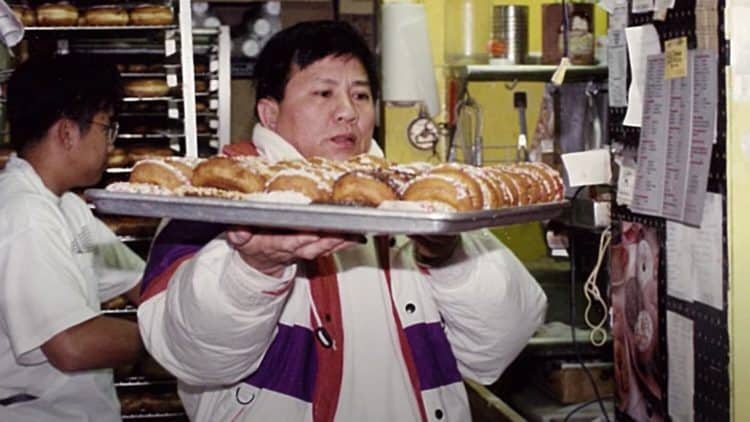 Imagine coming to America without a penny in your pocket and somehow filling a need that so many people didn’t know they needed and then watching those pockets fill with money over the years. That appears to be the life of the Donut King, a Cambodian refugee by the name of Ted Ngoy, who came to the country without much and over the years went on to become such a huge name in California that many people claim that he’s the reason that Dunkin Donuts didn’t do well in California. Hey, that’s easy to believe since looking at the businesses he opened up and the people helped come into the country his efforts to build up his fortune and help others was nothing short of amazing. But as the trailer for the upcoming documentary points out, money isn’t always easy to keep hold of since in any part of the world there are always bound to be ways to lose it, and the implication is that he lost a lot of money gambling, which is an addiction that a lot of people find difficult and nearly impossible to shake sometimes since like anything else it can grab hold and not let go. But in the years following the loss of his fortune, it does appear that Ted found his way to redemption at some point.

It might be hard to imagine that someone can find success in a donut shop, but if you’ve ever just sat in a bakery and noticed how many people come and go you’ll be surprised since people happen to love the treats that are doled out at any bakery considering that so many of them tend to have their own specialties and of course many delicacies that are pretty common wherever a person goes. Donuts are nice and simple though, even if they can be as complicated as anything else since a person’s love for donuts can be accommodated in so many ways it makes the mind boggle. From coast to coast a donut is one of those things that is taken as comfort food no matter how it’s decorated since it’s basically dough and sugar, and sometimes mostly sugar, which is enough to make some people salivate just thinking of them. The idea that anyone could make a fortune selling donuts isn’t that hard really since some folks will walk into a bakery, order a cup of coffee and a donut, and then some will come in and order a few dozen for the office or for a crew, or something along these lines.

The fact is that in the food industry anything can be a big moneymaker, but donuts are a safe bet since one can find donut shops pretty much anywhere in some towns since they happen to be a popular snack or even a breakfast food for some folks. Ted obviously knew he had something since donuts are a food that many people can easily agree on when it comes to their popularity and their variety. But making a fortune on them would be enough for a lot of people. Unfortunately, Ted started gambling, which is a dangerous proposition for those that can’t stop or those that love to take unnecessary risks, as he appears to have done. A lot of folks might think that having too much to lose would keep a person from risking it all, but that’s not always the case. Sometimes people can’t control themselves and for one reason or another have the need to risk it all and so something incredibly stupid. Why he decided to do this will no doubt be covered in the documentary, but it’s likely that people are going to be wanting to comment on it the moment they hear that reason since some will defend it by stating the statistics when it comes to gambling addiction while some might just shake their heads and think that willpower should have been the answer.

Whatever we get to hear from the documentary it’s bound to be worth it since this is the kind of rags to riches to nearly rags story that a lot of people are going to be interested in since it does kind of prove that America is the land of opportunity and that, whether people want to admit it or not, one can build themselves from the ground up no matter who they are. Ted’s story is one that a lot of people can possibly relate to in some way since starting out in life, especially when you’re in a new place, can be extremely intimidating. But by moving forward and keeping a positive attitude it’s definitely possible to become someone of importance and create a fortune if one knows what they’re doing. It should be fairly interesting, and worth watching at least once.