Home
Movies
Why We’ll Be Watching Lionsgate’s “The Protege” 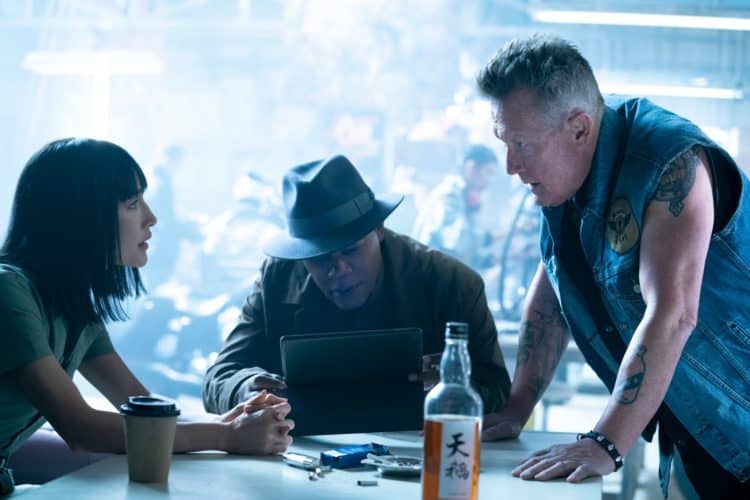 It’s a wonder that Maggie Q doesn’t get as many lead roles in high-priced action movies when watching this, since the fact is that she’s quite good at what she does and she’s a decent to good actress. So perhaps sticking to action is a good way to go for now, or maybe someone will see the value in making her an even bigger star at some point since The Protege looks like non-stop action with a good bit of humor and wit that should get the attention of many a moviegoer. From what can be taken from the trailer, Maggie and Samuel L. Jackson, or Anna and Moody respectively, are high-caliber killers that are the best in the business at what they do. When Moody is killed, Anna swears revenge and goes on a tear trying to find the individual that killed him. Something kind of indicates though that there’s going to be more to this than what we’re seeing in the trailer since otherwise, it would be a straight-up revenge movie that would also be something the likes of which we’ve seen over and over. But the hope is that this story will be something that will not only get the audience thinking but will deliver the kind of high-octane sequences that knock people back a step by giving them some of the most fun and amazing special effects and stunts. In terms of what the main character will be able to do it’s already looking a bit over the top simply because at one point she does grab a fire hose and drops from several stories up to land safely on the ground. Maybe Anna is wearing some kind of high-tech gear that allows this, but it’s still kind of an eye-rolling moment that a lot of people are bound to think is a bit cheesy.

The downside of action movies is that a lot of them start to look like the same thing as they’re released over and over to audiences that either start to age and realize they haven’t seen anything like this in a while, or are delivered to younger audiences that are still enjoying the genre since they haven’t seen everything yet. The action, the revenge story aspect, and the actors are almost always appreciated by the audience, but every movie needs something that sets it apart since otherwise it becomes the same story with a slightly different twist and different actors to fill the roles. While some folks can watch action movies until the cows come home, some of us want a little more variety and want to see something that might not make a lot of sense but can tell a great story when everything is played out. The Protege appears to denote that the closer that Anna gets to the person that killed her mentor, the tighter the web of intrigue is going to get and the closer she might get to an answer she might not want. Seeing as how the movie has Michael Keaton as an important figure and Robert Patrick as a biker it’s bound to get a little crazy, so it could be that things will be popping off in a way that might set this movie apart from many others.

A lot of people can remember the first time they saw Maggie Q. and it was likely that they were impressed or underwhelmed depending on the movie since to be fair and honest, Maggie is a woman with a lot of talent, but her acting has had to improve with each role since at one point it was hard to believe she had that much emotional range. But as of now, it’s far easier as she’s been growing in skill with each role she’s taken on, and it’s fun to think that she might really tear it up in this movie and create something that people might finally realize is worth praising in a big way. It’s likely that The Protege will still be considered to be just another action movie, but with a female lead taking over and creating a stir in the movie it’s possible that Maggie might be able to elevate her own career. Some might want to claim that it would be due to the help given by Jackson, Keaton, and Patrick, but after watching the trailer it does feel that she’ll be able to take on the role of a competent action star that can kick some serious ass. To be serious, if Charlize can take Atomic Blonde and get the kind of praise that was heaped on her, Maggie Q. should be able to keep that type of feeling going since she’s already shown more than once that she can tear it up on screen, and in some ways, she’s more believable than many women that have been trying to do the same thing over the years.