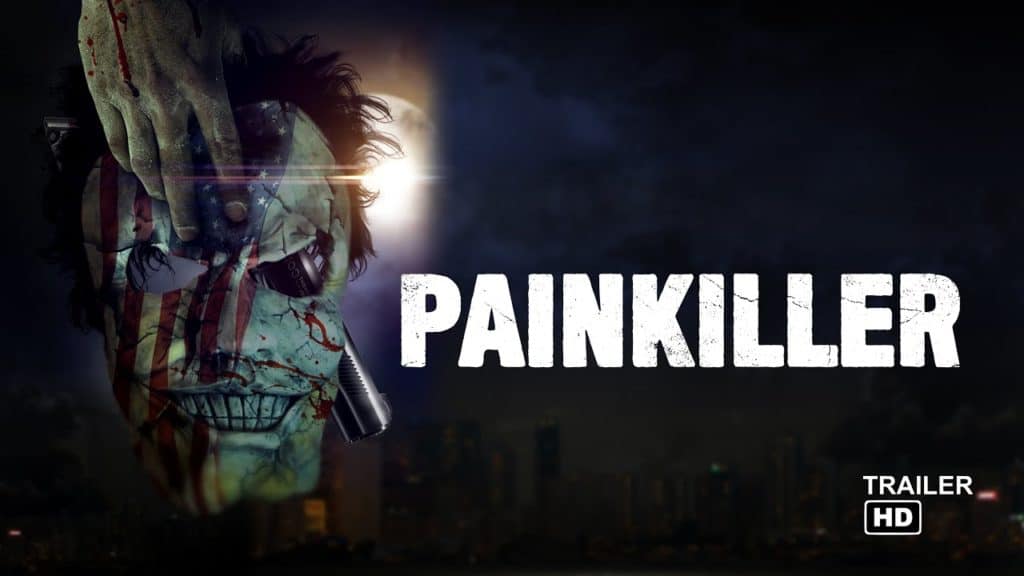 It’s very easy to imagine that someone might think about going on a tear like this when it comes to the opioid crisis that has been a part of America’s history to this point, but perhaps not to the degree that they would show their face so blatantly. Painkiller looks to be the type of movie that might come from the mind of a person whose life has been touched by the opioid crisis in a very big way or might have at least known those that have suffered through such hell. These days it’s harder to find someone that hasn’t had any exposure to opioids, however slight, than those who have since the unfortunate truth is that prescription drugs have opened a gate through which a flood began to pour as the demand for more and more prescription meds kept coming in. It’s tough to know who to blame to be fair, but a lot of people are more than willing to blame the doctors and the CEO of the companies that make the drugs, which is what this thriller is showing from the start. The punishment is something that a lot of people might figure is adequate but not enough, but to be fair the consequences for those that sit atop the companies might need to be something a little stiffer or different entirely since the level of involvement that goes on within each company that doles out types of substances that people get addicted to isn’t always the same as those that are involved in the movie. But the message is loud and clear since going after those that peddle the drugs to the populace in amounts that can cause addiction, as well as death, is something that many people have been fighting against for a while. Unfortunately, the argument hasn’t been settled as of yet, nor does it appear to have an easy explanation that can satisfy everyone since when it comes to personal accountability many people would make it known that they believe that those that become addicted to such substances need to be able to mind their own habits instead of blaming those that are attempting to help them by prescribing the medication. And of course, once that argument gets put into play, the cycle begins again.

Those that have lost loved ones can possibly relate to this movie, but whether or not that many would watch it is hard to say since it’s a tough subject to broach with anyone. The fact is that opioids are still a pretty big problem but have taken a back seat to many other issues in the country at this time. Those that do watch this movie would no doubt feel something, though it’s questionable to say that they would want to see justice taken as it is in the trailer since some might want to argue that the doctors and others that are being blamed aren’t always in it for the dollars and are genuinely trying to help people. In a world that’s becoming increasingly more difficult when it comes to trusting people, it’s beyond difficult to know which side to land on, if in fact either side is really in the right. Becoming an anti-hero to take down those that are likely unaware of a good amount of the damage they’re doing feels good to some folks no doubt, but to others, it might be questionable since the whole ‘eye for an eye’ belief isn’t followed by everyone. Justice at the end of a gun is another big issue in the world today since too many are ready and willing to see a smoke trail rising from the barrel of a gun as a call to arms.

In other words, this movie is troubling on a couple of levels, but it’s also far more honest in depicting what a lot of people would love to do in times of great injustice, no matter that many won’t since becoming a vigilante isn’t the best way to gain justice, as it’s seen in the movies. The idea is still interesting enough to give the movie a watch if only to determine that it’s one of the worst reactions that anyone could give to the opioid crisis. Losing loved ones to drug addiction and eventual overdose is beyond difficult, largely because the blame has to fall somewhere, and even if the drug companies and the doctors aren’t to blame, many people will see them as the easiest and most convenient target. A movie such as this is to be taken just as it is, a work of fiction that describes what some people might like to do, but hopefully won’t. It’s a fact that movies designed to hit a nerve are going to do so, but like always, it’s important to remember the difference between fiction and reality.