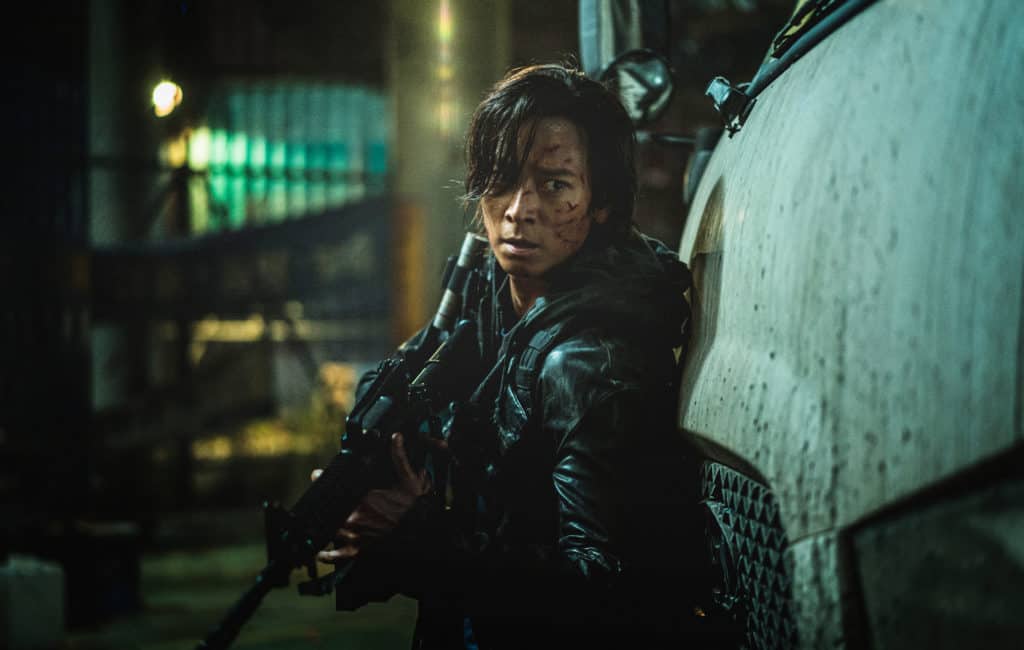 Train to Busan was a horror movie unlike many in its class since featuring a zombie movie on a speeding train is undoubtedly one of the more terrifying locations since there’s no getting away and only so many places that one can get away from a growing horde of infected individuals that turn at an alarming rate. The success of the movie can’t be denied and the fact that it spawned a prequel was kind of expected, but with Peninsula, the horror only expands as the action element is brought into it in a big way. While the open ground is a little less terrifying since it grants the survivors the ability to move about, the horde of undead makes that possibility more difficult since the idea of having zombies run instead of shamble has been one of the most horrifying developments in zombie movies that could have ever been conceived. While Peninsula didn’t do as well from a monetary or critical standpoint as Train to Busan, it’s still been able to capture the attention of many people that want to see a thrilling story and are entirely stuck on the zombie genre. Perhaps one thing about this movie that’s kind of disappointing is that in terms of doing something new with zombies it doesn’t exactly find its way out of the box, but it does run a pretty convincing chase within the known parameters that people have become accustomed to.

One thing about Train to Busan that might have contributed to its success is that it tightened things up in a big way, both in its storyline and its setting. One might think that there’s only so much that can be done in a smaller space, and while the movie didn’t take place entirely on the train, there was enough of it that happened in a confined space to make some folks think that not a single person should have survived. But that’s the trick, taking a smaller space and trying to work with it in a way that will be convincing and thrilling at the same time since there’s limited mobility and, as some might think, limited space for a story to expand. But one thing that zombie movies reveal is that when things are at their worst some people manage to step up and some will fold in a heartbeat since the terror takes hold and makes them utterly useless, or worse than that, will cause them to turn on their fellow human beings. The latter is what’s seen in Peninsula, like the fact that an underground fight club exists during a post-apocalyptic era is bad enough, but living humans pitting other living humans against a horde of undead is beyond repugnant. But again, movies like this seek to show that human nature, imperfect as it is, will be revealed in all its different ways as people try to survive not just the zombies, but each other.

One of the main reasons to watch a zombie movie is to see how people survive the zombie horde this time around and what obstacles will be put in their way to keep them from attaining their goal of getting away. Considering this movie takes place 4 years after Train to Busan, one might think that people would have come up with a way to not only survive the zombies but to take the undead down in the most efficient ways. In fact, the only way that such a thing shouldn’t be happening would be if the undead started to evolve as they did in Zombieland: Double Tap. Watching any zombie movie, whether the undead are quick and agile or slow and shambling, makes one wonder why people wouldn’t load up on ammunition or come up with ways to dispose of mass numbers of zombies in order to take care of the problem. But that would kind of negate the whole idea of the story in some ways since headshots aren’t always as easy as people might think, and once again, that idea of human nature takes over and reminds us that people would probably start to hoard supplies and form their own tightly-knit groups for safety. There are a lot of different moving parts to a zombie apocalypse and while Peninsula features a few of them it’s fair to say that it’s an action movie that is there to be enjoyed as an action movie, without worrying too much about why something is happening the way it is.

One of the main reasons to watch Peninsula, and the reason we’ll be watching, is because it looks like an interesting continuance of the zombie outbreak and another situation in which the protagonists quickly run out of space and have to make do with what they have. The undead tend to close in quickly and without mercy, and that’s a part of the thrill when one wonders how the protagonists will escape.