Home
Movies
Why We’ll Be Watching “Safer at Home” 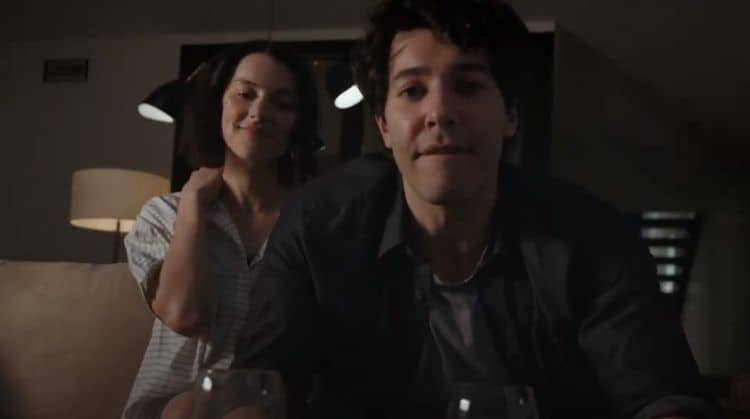 Is it wrong to cash in on the pandemic as part of a story idea? Obviously not since movies such as Songbird and Safer at Home are taking off with their own narratives as people are being given entertainment that isn’t too far removed from what could be the truth one of these days, though we certainly hope not. The story here is that the pandemic was apparently thought to be over, but instead of COVID simply going away it came back with a vengeance and in the year 2022 is far deadlier than it was to begin with as the mortality rate doubles and people are now kept in quarantine and can apparently be prosecuted if they don’t stay in their homes. Just imagine that, for all of those that think that staying in their home for a longer period of time is bad enough. Think of what it would be like to have to upend your life entirely and need permission to be out on the streets past a certain time, and have to conduct yourself as the government says while in public without fail or be subject to legal action. After establishing that, the trailer narrows in on a group of people sharing an online experience from their own respective homes, deciding that it doesn’t matter if they can’t be together since they can still see and hear each other and therefore have a good time.

But of course, no movie is complete without some less than intelligent decisions and the fallout that comes from being high on something and having your inhibitions lowered to ground level. When the participants, most of them anyway, partake of a drug that is said to loosen them up and let them have a good time, things get a little kooky. One couple actually starts to make out where everyone can see them, while another couple starts to argue about something that eventually erupts into a verbal altercation that just as quickly transitions to a physical altercation as the man pushes the woman backward. One should be able to guess that she’s going to fall, hit her head, and require medical attention since she’s not breathing, but it’s also expected that everyone is going to start freaking out since not only have they been taking drugs, but those that were watching this fight go on are witnesses to a possible crime since the man eventually leaves the scene. The remark that it’s a private chat elicits the kind of scorn that the paranoid would be willing to dole out since privacy is a long-forgotten commodity in the eyes of many people, and the involvement of law enforcement officials is kind of a certainty.

Imagine the idea of being REQUIRED to stay indoors, as in, it’s no longer an option, since unless what you need can’t wait or it’s approved, you aren’t leaving your home. A lot of people would need to re-evaluate their beliefs that being home during this pandemic is like being in a prison since so far people have been largely able to come and go as they please without fear of being arrested. But in a situation where the pandemic is even worse and there’s really nowhere to go one can easily guess that things are about to get worse. Movies like this do play to the paranoia of those that are already insanely worried about what’s been happening during the current pandemic, but the hope is that there are plenty of people who will see this as entertainment and nothing else, and possibly think that it’s there to help take the sting away from what’s been happening over the course of the last year. There’s no denying that a lot of people have been through a great deal, and blame, aspersions, and more blame have been heaped on a great number of people as the country has continued to divide during the pandemic, much as it would appear within this small group of people. But as bad as things have managed to get over the course of the past year, there has always been at least some hope, and though it’s absent in this movie at this time it’s fair to say that life is still moving forward, much as it should.

Safer at Home is one of the many movies to come out lately that people might find some fault with since it’s touching upon a subject that’s considered to be sensitive and definitely capable of affecting people on a very deep and personal level. The same could be said of the movie titled Run Hide Fight that premiered on The Daily Wire, but there’s one trick to both of them. They’re entertainment and should be taken as such. As many lessons as we can take from pop culture, the one thing that should always be taken is that it’s an effort to take the power from the things we fear. If that becomes impossible, then entertainment becomes propaganda without a purpose.