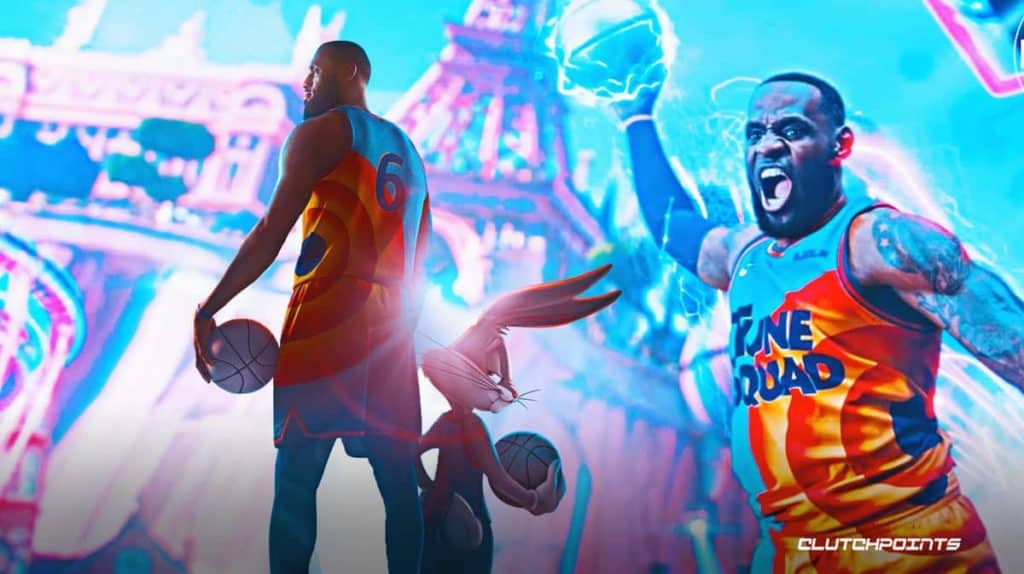 It makes a ton of difference when Warner Bros. decides to unleash its properties for various cameos, since Space Jam: A New Legacy, doesn’t look like it’s about to hold any punches, as bringing LeBron James into the fold looks like it will energize the Tune Squad once again as things go CG this time to take on the new Goon Squad that will be sporting abilities that MIGHT be close to a match for the Looney Tunes, but not quite. This time around though it looks as though the stakes are higher and the villain, played by Don Cheadle, is going to be taking things to a new and entirely unfair level. As Harley Quinn might tell us though, that’s what bad guys do, right? But there’s no shortage of star power in this movie so far as the cameos that are being rolled out are plentiful and the universe-building looks to be shifting gears and speeding up considering the opening seconds of the trailer. It’s also pretty obvious that we’re going to be getting life lessons along the way as LeBron tries to get his son excited about the prospect of playing ball only to get shot down by the kid when he announces that he doesn’t want what his dad wants, which is pretty standard at times and will create more of a conflict.

As far as the wealth of cameos that are bound to happen in this movie it’s not exactly something that stands out as a bad thing, though it does almost feel as though Warner Bros. is attempting to remind the audience that they still own quite a few of the more popular characters and ideas and are worth checking out. That could be a matter of perspective, however, and apart from taking anything away from the movie it might actually act as filler in a big way since there are divided opinions about whether this movie will surpass or even match the original, which was something of a pleasant surprise when it came out back in the 90s. It does sound as though the movie will be pulling a few tricks that the first movie did since it will be bringing in several other NBA players for cameos, and there’s even a rumor that several WNBA players will be making an appearance as well. But what we’re really looking for is the overall story that will elevate this movie above the low expectations that many started out with since, unfortunately, the sequel could flop no matter that LeBron is in it. If the movie does end up doing well then it will likely mean that there’s some quality or unseen aspect that the trailer hasn’t revealed yet and if it’s enough to keep the movie from failing then so be it. But as a lot of people know, sequels have a much harder time succeeding since there’s more to live up to.

There have been a few changes that many people have been monitoring since the announcement that the movie was on the way was given, such as Lola Bunny being given a bit of a makeover. While the sexual nature of the character raised concerns for many people there have been several others that have been looking askance at those folks, wondering why the issue of a female bunny being turned into an appealing character was that much of an issue. That argument’s way too long for this article thankfully, since the issue is usually a personal thing that each person has to deal with in their own way. Seriously, how many of us, as kids, really worried that Lola wore a crop top and was a little bit seductive in her ways? She was a perfect match for Bugs Bunny since she had attitude and athletic skill, and was able to kick butt. That was a problem? It didn’t appear that she made young boys reach puberty any quicker or set an unattainable standard for young girls back in the day. But oh well, she’s been given a more ‘professional’ and PC look and it’s not horrible in the least, so it’s easy to move forward. But the idea of giving Yosemite Sam his guns back for the movie, and allowing him to shoot up Daffy accidentally (which is still great comedy) does make it easy to question how Warner Bros. can say this is okay and yet still keep Pepe le Pew off in the shadows. Oh well, that’s the PC world we live in at the moment, where some standards are kept and others are loosened while following a very arbitrary set of moral standards.

The movie looks like it will be interesting enough to give a look, so that’s something. Apart from that, going in with moderate expectations might be wise.