Home
Movies
Why We’ll Be Watching the Animated Movie “Vivo” 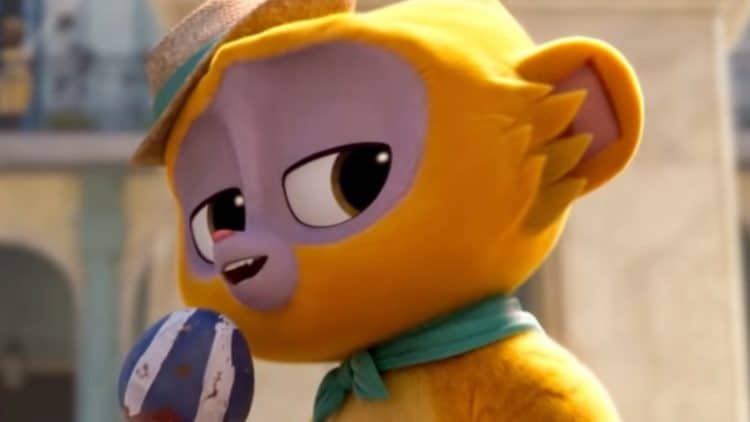 Almost anything with Lin-Manuel Miranda’s name on it these days is like solid gold since the Hamilton star has been on a roll for a while now and with Vivo, it’s bound to be the cuteness and his reputation that will get us watching, as well as the story that’s being pushed with this teaser and the overall description. It’s amusing to note that the idea for Vivo was brought to Dreamworks around 2010, but since the idea was turned down it prompted Sony to pick it up and Netflix to acquire the rights to distribute it. Hey, what one studio doesn’t want another will likely pick up if they have any faith in it at all, and it’s fair to say that after his reputation took a steep climb, Miranda has been getting the look from many people as a real talent that has the kind of promise that is worth cultivating even further as he’s proven to be a sure bet more often than not. Vivo is one of the many animated adventures that’s going to be coming out throughout the rest of the year, but it also has the look of one that’s going to be a touching story that a family can get into and might also be kind of humorous at the same time. One thing about Netflix is that it hasn’t been shy when it comes to snagging various properties that are seen to be promising in some way. Vivo will be one of the many that will no doubt be seen as worth the effort since right now it does look like something that will be able to get the attention of many a viewer.

Skeptics might take a look at Vivo and think that it’s just going to be another animated movie that will feature a very predictable plot that won’t really challenge anyone and will be filled with plenty of singing that will drive the movie more than its storyline will. That’s not exactly inaccurate to be certain since it doesn’t feel as though Vivo is going to be that challenging after watching the teaser, and after learning that there are 11 songs that Miranda will be unloading throughout the movie it’s even wise to think that the pacing will be something that people talk about. But pushing all that to the side one has to remember that this is bound to be for families and kids, so the content isn’t about to be as complicated or as hard-hitting as other movies since the intended audience is bound to be fairly young, meaning the movie won’t really be meant to get that serious unless the moment calls for it. To be certain, it’s very easy to take a look at the animated shows and movies on Netflix and go ‘meh’ since a lot of them do appear to have a very simplistic theme and don’t always go to the greatest lengths to entice people to watch. But the thing is that Netflix is snapping up content and using it to bolster their site just as much as they’re snagging up quality shows and movies to get the attention of their subscribers. It’s not always a matter of quality, but quantity is indeed watched carefully since a lot of streaming sites are loaded down with similar material, and whoever can deliver the most, and who has the most quality programming, is bound to get the most attention.

Is Vivo bound to get the attention of the people? We think so since the cute factor and the fact that a lot of kids love movies with songs in them should work for this feature in a big way. It does feel that Vivo might need a little extra push since Miranda’s name is very likely a good hook to use in trying to get people to watch, and it’s bound to be effective, but it might require a little more, such as a full-length trailer at some point. But it is quite likely that the same man that was seen as so great in Hamilton could provide his voice talents for this movie in a very effective way. From the teaser, it already looks like it will be kind of sappy and possibly a little corny, but thankfully most movies like this one are bound to be similar in many ways since it’s highly dependent on the reaction of the audience. There’s no much doubt that kids and their parents will get into this and that they’ll be talking about it for a while, but until it releases this summer it might be wise to find out more about it and to learn about the region that it will be taking place in. Vivo is bound to be one of the delights that Netflix has to offer this summer.