Home
Movies
Why We’ll Be Watching “The Empty Man” 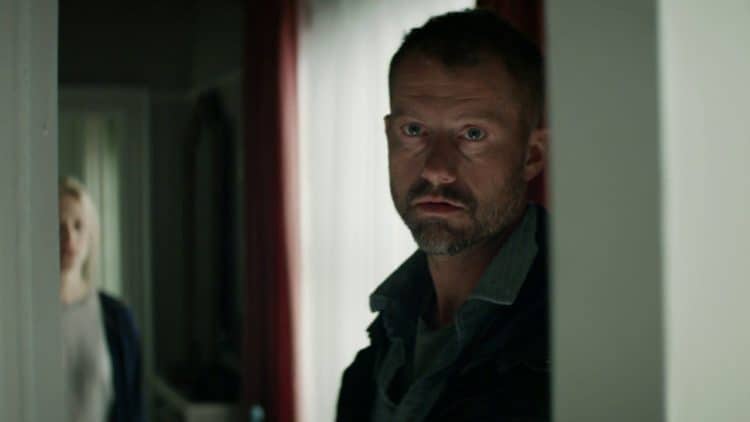 Is it me, or are the requirements for calling spirits becoming kind of vague with each movie that comes out? Bloody Mary and Candyman require a mirror and the utterance of their names, the Bye Bye Man only requires someone to think about him, and demons and devils usually require an Ouija board or some insane ritual to summon them. So how often is it that a person finds a glass bottle on a bridge? What if it’s plastic, does it work then? Yes, these are very nitpicky questions to ask of a movie that does look like it’s kind of impressive when it comes to the scare factor, but the blowing into a bottle routine really feels like it was put in there at the last second just to mess with viewers. The trick with urban legends, a designation that The Empty Man falls under, is that typically they are as simple or as complicated as they need to be, but there are moments when some legends do become a bit odd. But the whole idea here appears to be that the spirit within the story is something that, when summoned, takes a certain amount of time to manifest and then, once it does, there’s no getting away from it, kind of like Samara from The Ring. If you hadn’t guessed already, a lot of urban legends tend to share a great number of traits since they tend to fall into the same pattern.

A good legend doesn’t have to be true, it just has to be convincing enough that people will be afraid to call upon the entity that the legend speaks of, largely because they don’t want to push their luck. Some will go ahead and do it since they either have no fear or they want to prove to others that they’re not chicken enough to be fooled by legends that are often created as cautionary tales for one reason or another. The Empty Man is one of those that many people would likely scoff at since apart from being a graphic novel that was acquired so that 20th Century Fox could make the movie, it’s also a tale that could very easily be overlooked since it doesn’t appear to have the same ability to hook a lot of people in since the main antagonist is largely unknown and is more an implied threat than anything. What little we do see of the antagonist is likely a good thing, but it does make this feel like more of a cerebral horror movie than a visceral one, and in this case, it feels as though the movie could have altered the trailer a bit in order to create a little more suspense.

I know, I know. I’m a writer, not a filmmaker or a director or a cinematographer, but as a writer, it’s easier to get a picture in your head of how things should go, and while this looks as though it could be an interesting movie, it also feels like something that could have been given a much more chilling trailer, without as much being given away and possibly more of a tease that would hook people in. Maybe there’s a lot more we haven’t seen yet, and a lot more content that’s yet to come, but it does feel that if this isn’t the case that this might be a movie that will be lauded as a great work of art but not something that will be seen as the next big thing to hit the theaters. Considering that it’s already in the theaters, one can rightly guess that people are already making up their minds about it and more chatter will be incoming eventually as folks start figuring out just what they think of it. In all fairness, with this being the Halloween season and all, it does strike me as a movie that might be the type that people would enjoy on a dark, moonlit night, and very likely in the company of others in order to feel safe, since the jump scares do appear to be ready to make their move in this movie whenever the possibility arises. Some folks would say that jump scares are a low form of entertainment and can be misused in a big way, but when used properly they can usually be very effective.

A combination of the visceral and cerebral qualities that horror movies are known for appears to be at play here, but until one sees the movie it’s hard to know which one is going to dominate. The whole idea of a supernatural threat that has to be summoned in some strange but haunting, obscure way brings to mind some of the most frightening killers in cinema history, so hopefully, The Empty Man will live up to that standard.