Home
Movies
Why We’ll Be Watching “The Green Knight” 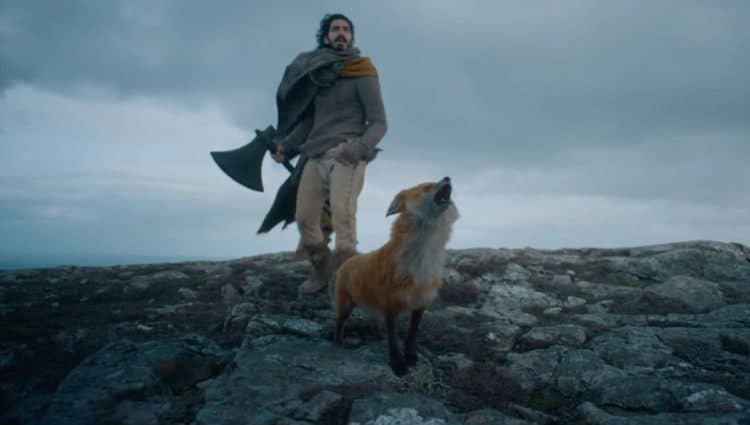 Arthurian legend is still alive and well these days since The Green Knight is something that many of us that studied and enjoyed the legend of King Arthur and the knights of the round table might recognize from long ago. It’s bound to take a bit of research and reckoning to fully remember the Green Knight and the story of Sir Gawain, but it’s bound to be an interesting trek down memory lane for a lot of people since this is one of the stories that has managed to enchant quite a few individuals throughout the history of humanity. Many would argue that no one such as King Arthur ever did exist since the legends are scattered and the best explanation that has been given is that King Arthur was compiled from the histories of many different individuals and turned into a single, mythological being that has been seen from many different angles and has inspired a host of stories that continue to entertain people to this day. The story of Sir Gawain is one of the many tales that have endured all this time and its one that people might want to take a look at now since the movie is already showing that it’s headed in a very mystical and over the top fictional direction that looks pretty cool thanks to the effects. The only downside is that if we’re being shown the best parts then there’s not much else to look forward to. Fortunately, it doesn’t appear as though this is the case since the implication that there’s much more than what’s been revealed is kind of obvious, and therefore uplifting.

Dev Patel looks as though he’ll be putting in a pretty good performance as Sir Gawain, the nephew of King Arthur, as he journeys to meet up with the fabled Green Knight, a mysterious figure that I’ll say no more about it this time since it’ll be better for those that watch to find out for themselves just who this character is when the time is right. But what’s amusing is that the movie will also be starring Joel Edgerton, who took his own turn playing the role of Sir Gawain in the movie King Arthur, in which Clive Owen played the titular role. That particular movie didn’t feature any magic or supernatural aspects to it since it was attempting to show a historical record that many still want to believe in when it comes to the truth of King Arthur. But Edgerton did play a role that was interesting enough even if it was buried more often than not beneath the press of the other characters. In that movie, Gawain became more of a seasoned veteran that was there simply because of orders and would follow Arthur wherever out of loyalty and, in some cases, love of adventure.

This version of Gawain already looks and sounds different than the scruffier version than Joel gave, but Dev does make it appear as though he’s hanging onto the idea of what many people might think of as a knight’s glorified purpose, the honor, and the sense of duty that many would love to think that all knights aspired to. Far be it from me to besmirch any knight throughout history, but the Arthurian legends are a very idealized set of stories that don’t paint everyone in a perfect light but do manage to play up to the fantasy that many people have read about and watched throughout the years. One of the most attractive parts of any King Arthur legend is that it deals with adventure, a sense of the dramatic, and of subjects that do correlate to this time period, but in many different ways that people tend to interpret in their own way. Taking a look at the trailer makes it possible to think that this will be something that will be yet another worthwhile entry in the Arthurian legends that have been seen to come to the big or small screens now and then. The popularity of said legends tends to have a lot to do with how they’re presented since there have been several stories that have veered away from the time period and have attempted to bring the legends into the present day by speaking of one aspect of the King Arthur legend in a way that is meant to appeal to the intended audience. People no doubt recall that even the Transformers managed to get in on this legend in their own way, as did Guy Ritchie with King Arther: Legend of the Sword.

Every now and then it’s nice to see another line of focus spring from these legends, especially since there are plenty of stories that are just as interesting but not nearly as well-known. This will be an interesting movie to watch, bet on it.