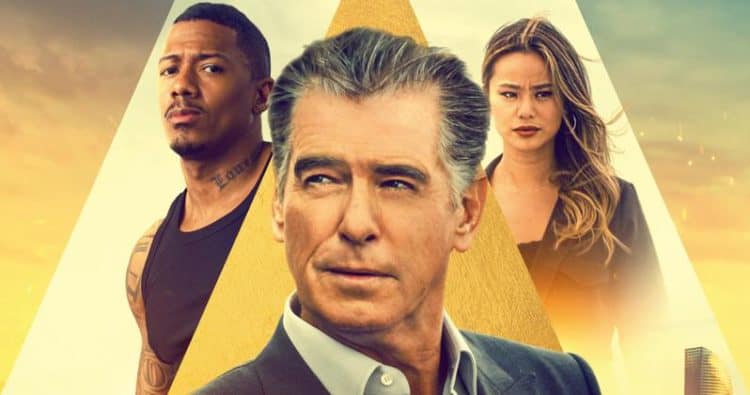 There are two big reasons why we’ll be watching The Misfits, and they’re named Pierce Brosnan and Julie Chung since both of them are fun to watch given that their acting is definitely good enough to lend a bit of comedy as well as drama to this heist movie. Nick Cannon on the other hand is someone that people are going to be haranguing for a while since comments that he said online concerning people of color and Caucasians, but it’s fair to think enough folks are going to let him be for the duration of the movie. That’s so long as his own acting is on point though. Pierce Brosnan might be getting kind of old, but he’s still more than a little slick and capable of making this movie feel as though he’s going to be the elder statesman teaching the kids that their technological wonders and methods might be great and definitely useful, but his methods are still tried and true. He’s also likely to be the character that has forgotten more about thieving than anyone else on the cast has learned. Tim Roth is bound to play a worthy role in this movie as well since he tends to play a villain very well when he’s given such a role. But overall this movie is going to be a heist, something that needs characters that can fill certain roles that will be needed for the job. Heist movies are usually kind of convoluted since the trick is that betrayal ends up being the name of the game as those that thought they could trust each other are in league with someone else, or are just out to get as much as they can for themselves and will do anything to doublecross their partners. That’s one of the common storylines for movies like this, as is the idea that things will have to take a circuitous route and the team will have to prep for a certain amount of time before they decide to rob whatever it is they’re planning on robbing.

Heist movies are definitely popular with a lot of people, and Pierce Brosnan knows how to do them since the role he played as Thomas Crown in The Thomas Crown Affair remake was brilliant and made use of his suave and charming nature in such a way that his age wasn’t even close to being a hindrance. This time around though it already looks like he’s going to be the guy that’s good at what he does, but is living in a world where his methods are able to work, but aren’t valued by those that grew up with the technology to make things that much easier. It’s bound to be the type of movie where age and youth clash and tried and true and new and revolutionized will be used at different moments in order to get the job done. That alone makes it feel as though this movie is going to be a bit comical since Brosnan is definitely past his prime and it’s a bit too obvious in some scenes. He’s still the kind of guy that can play a part to perfection, but this time around he’s not going to be the same kind of character, at least not in the same way he used to, since the fact is that he’s much older, he’s not going to be getting as physical, and he’s bound to be there not just to star in the movie, but also to be kind of a figurehead for the other actors to measure up against. That’s how it feels at least, we’ll have to wait and see what happens and how this feeling will change as we watch the movie.

The fact that the story goes that these thieves are stealing from a supposedly very bad person, making them modern-day Robin Hoods, is all well and good, but it feels like a setup that’s using a group of specialists to score a huge payday that won’t be shared by the group and will likely be taken by whoever comes up with the most ingenious way to cut everyone out of the deal. That is how a lot of these movies go since otherwise there tend to be weak links that get everyone pinched eventually and while this could make for an interesting story that might continue forward, this movie has the feel of a one-off that isn’t intending to entertain a sequel, at least not at this point. In that regard, it’s easier to think that the thieves will be doing everything they can to get the gold, get away, and then trick or possibly end one another in order to be the last person standing. It’s not out of the realm of possibility, but again, we’ll have to wait and see.