Home
Movies
Why We’ll Be Watching The Movie “Nine Days” 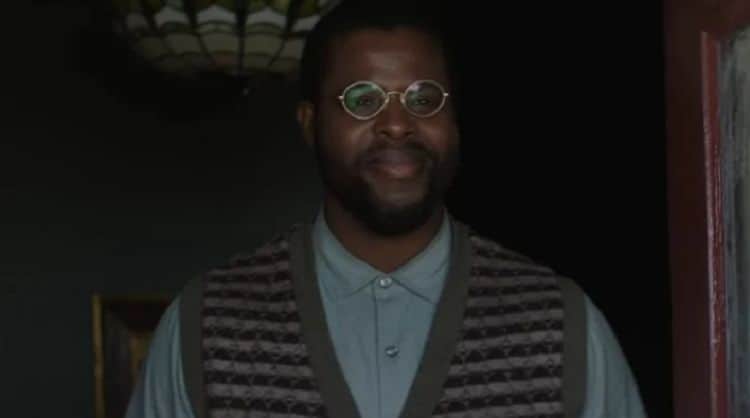 Some of us think about this kind of thing all the time, either as an obsession or part of our overall worldview, while some folks might not give much thought to the idea of what happens when our souls move on and possibly get lost. The gist of 9 Days appears to be that a recluse in the middle of a metaphysical nowhere gathers wayward souls to be reborn, a process that takes up to 9 days to accomplish. During this time it would appear that these souls are given the opportunity to choose, to ruminate, and to possibly reflect on why they would want to go back and where they would choose to return to. To some, this might be a fantasy that has no bearing on what they believe will happen when we die, but to those that harbor some idea of what might happen and why, this is a movie that might need to be watched since it does open up a lot of questions as to what a person might think about when it comes time to face that ultimate step in the next direction. Some people might want to think we either move on towards reward or damnation, but the idea of what might happen if we get lost along the way isn’t something a lot of people want to consider.

From a personal standpoint, this movie feels like a call to the idea of old souls, those that are often far more mature and introverted than others because they somehow don’t fully connect with modern times and will go off on their own path when others tend to follow. This would explain the ‘old soul’ feeling quite easily it feels since it appears to show souls that are being given a chance to be born but are also given a chance to determine what’s important, what they value, and where they would choose to be born if they make that choice at all. The cast is definitely a plus since there are a few very noticeable faces such as Winston Duke, Zazie Beetz, Benedict Wong, and Bill Skarsgard. One thing that Bill states in the trailer makes one think that not all souls would welcome the chance to be born again since the world does offer a lot of challenges and a great deal of struggle and strife, and many might feel more comfortable staying as removed from it as possible. Others would recognize the fact that the world is a hard and very harsh place at times, but would still choose to be a part of it since the hard times are often offset by the good times. To be certain, the world we know is a terrible and very harsh place for anyone and anything that simply tries to survive, but it is also a wondrous and beautiful place that will take care of those that know how to take care of themselves. It’s a place of balance to be sure, and one that can tip in either direction very easily depending on the choices we make.

There’s no doubt that this movie will appeal to those that take a much broader look at the world and can still somehow manage to look inward and factor in all the different aspects that are known to them, and still acknowledge those that aren’t. A lot of people don’t like to think this deep since it takes a good deal of introspection and it might even conflict with their own beliefs, but the interest of many when it comes to the idea that souls are reincarnated and given another chance at life does bring up a lot of interesting points, namely whether a soul feels that it’s a personal need to be born again to a world that they can remember is more than a little difficult. This is where that old soul line of thinking comes in again though since there are many people in this world that can rightly be called old souls since the world somehow makes sense to them even if it doesn’t appear to make sense in the least to others. These people tend to think that the general mess that is the world isn’t anything to stress about like so many others since things are going to happen no matter what anyone does. That’s why an old soul is easier to spot sometimes, they don’t tend to stress as much about things they don’t control. In fact, one might say those old souls are far more comfortable because they KNOW that control is an illusion when one moves outside their sphere of influence.

The movie releases in January, and already one should be able to get the feeling that it could be the topic of many a discussion that might come as a result of its intriguing story.