Home
Movies
Why We’ll Be Watching “The Sinners” 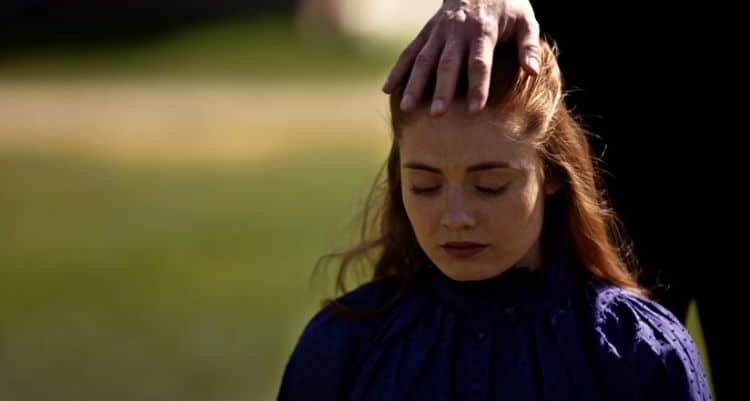 It’s not hard to see why this movie would be likened to a cross between The Craft and Se7en, especially since the main characters are a group of girls looking to break free of the religious bounds that have been placed upon them by their ultra-religious community. But where it gets a bit creepy is that it reaches a little deeper into the psychosis that grips this group of young women as they take on the labels of the deadly sins they attempt to emulate and create a core group that is greatly disturbed and willing to go to lengths that they might not have gone before. In a big way, this shows that pushing religion is not quite as effective as offering it as a convincing way for others to lead their lives. Forcing religion upon many people can become a reason why some will actively work against it since the limitations and the demands that many religions tend to foist upon individuals are often seen to stifle and hamper the creativity and natural growth that a person might experience. Plus, living in a town that is small enough that every indiscretion is noticed, there isn’t a great chance that anything such as a disappearance or a murder is going to be allowed to slide. Plus, the idea of a religious school cracking down on those who call themselves “the Sins” is bound to happen and it’s bound to elicit an overbearing response.

Some might not want to think that The Sinners carries any realism, but the teenage years are rough times for many people and uncertain for others even in the best of times. Thinking that a group of like-minded girls can’t get up to some sort of mischief that could eventually go wrong is a fallacy that many people might still believe in since no one wants to think that the movies can carry even a hint of truth to them. No, I’m not saying there are packs of girls out there that are going feral and committing crimes against each other and those they feel deserve it. But the fact is that such stories have a way of inspiring others to think that this could very well be the way to get back at society, to show them that girls are not weak and that they can be every bit as devious as anyone else. That might be terrifying and more than a little negative in the eyes of many people, but the fact is that folks still look at movies and TV shows when it comes to how they act and to pick up on various social cues.

The Sinners is, more or less, a movie that a lot of people have found amusing more often than not and also one that has not been taken quite as seriously as others since the premise of a group of young women taking on the names of deadly sins and eventually turning on each other becomes defeatist very quickly. The ability, or inability, to trust one another causes the group dynamic to break down just enough that one can see from the trailer that things do begin to unravel at some point and the story does become a bit uncertain. In other words, it follows what might happen in real life if such a thing were to occur, at least from one perspective. But giving the movie a chance to at least entertain and thrill is a wise move since it becomes a story that one can’t help but feel has been told in a few ways at this point and is seeking an outlet that it might fall just short of, but could possibly inspire others to come up with a similar or different tale that might build upon this or even possibly extend from it in a very meaningful way. The movie doesn’t release until February, but the trailer already tends to indicate that there are many ideas that can be gleaned from the movie that might be used at a later date, and in many, many different ways.

One thing about religion-based or inspired movies is that they do tend to focus on sin quite a bit, which is common, and they will tend to delve deeper into the idea of what sin is, what it can do, and how far an individual or a group will sink into the ideas that abound from religion and the defiance that they seek to exhibit. Adherence to religion in such movies usually tends to come in the form of fanaticism that can be seen as strong and resolute or tyrannical and unyielding, leaving those that turn from the religion to appear as though they’re in the wrong, or that they have no choice as they’re seeking to escape the oppression of something they don’t firmly believe is right.