Home
Movies
Why We’ll Be Watching “The Sparks Brothers” Movie 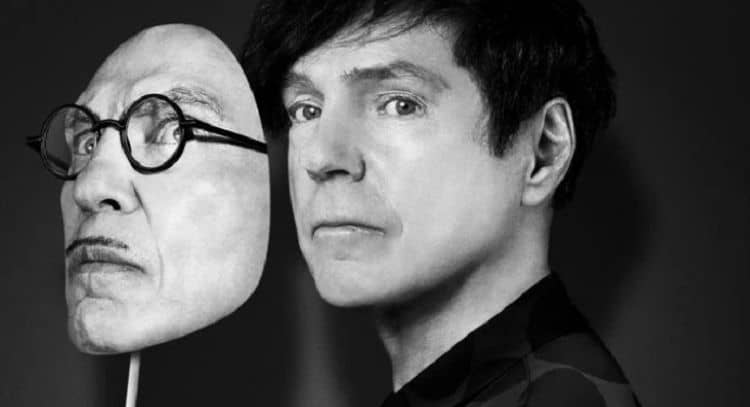 When other musicians and actors start to talk about their inspirations it’s usually time to pay attention, especially if those celebrities that are citing a source happen to be as famous as some of those that will be speaking on The Sparks Brothers documentary. It would appear that one thing that a lot of fans tend to forget is that for every celebrity out there, inspiration has still been an important aspect of their career and has helped to shape who they’ve become today. The Sparks Brothers have been around for five decades or so now and while in all that time it might have been possible to create a documentary like this, there’s always the issue of timing, desire, and of course getting such a project together in the first place. The list of celebrities that will be speaking about the Sparks in this documentary is extensive enough that one can’t help but wonder how many people were inspired by this duo over the years. The Sparks are a well-known duo that has been around and seen plenty during their time in the business, but looking at their material it really feels that they were ahead of their time for quite a bit of their career, as some of the stuff they’ve done throughout the years has been more than a little odd and has defied what a lot of people have thought was conventional at the time. The thing with what’s new and hip in every generation is that it might very well offend and defy what others think is normal and acceptable, but the Sparks have continued pushing the line in their own way for so long that people couldn’t help but think of them as eccentric, but inspirational as well when it came to creating their own vibe.

It’s possible that this documentary will turn people on to the Sparks in a new and exciting way since it’s very possible that current generations have no idea who the Sparks are or why they’re so important. It’s understandable really since as generations continue to pass, many great names are going to be pushed to the back and would likely be forgotten if not for ideas such as this. It’s very fair to say that the Sparks have been underrated and overlooked since as anyone could mention, we don’t tend to see their names that often when talking about music. And yet, for all that, many musicians have decided to speak up and mention that they gained a great deal of their popularity by taking a look at the Sparks and adjusting their own performance accordingly. While it’s not likely that anyone has copied them exactly without giving proper credit, at least hopefully not, it is fair to say that the celebrities commenting have taken note of the Sparks and have been impressed for a pretty good length of time, enough that they’ve been able to see how the duo has influenced the different trends and growth of various musical acts throughout the years. It’s a funny thing really, how influence can do so much and still not bring nearly as much notice to the influencer.

If there’s one definitive reason to watch The Sparks Brothers, and it’s as good a reason as any, it’s to find out more about them and why they’re an important part of pop culture, since ignoring anyone that’s done enough to the point that they’ve made it this far and managed to gain this type of notice is kind of an insult. A lot of people won’t care and some will wonder why it matters, and the truth is, it doesn’t. It matters to those that make it matter, while to others it’s another part of life that will pass them by without ever being known. Some folks aren’t as up on pop culture as others, or at least say they’re not since they choose not to pay as much attention to the many different shows, the music, the movies, and anything and everything else that goes on around them. That sounds like a very boring existence in some ways, but there are those that simply choose to get away from all of it and experience the world as it is, not the world where pop culture is the major influence when it comes to what people do, watch, listen to, and believe in. There are times when keeping up with pop culture is quite difficult since it means keeping up on a daily parade of facts, opinions, and data that might mean everything to someone and nothing to another person. But it might be worth it to watch The Sparks just to see what they’re all about and how they came to be regarded as a duo that helped to shape the face of pop culture throughout the years.