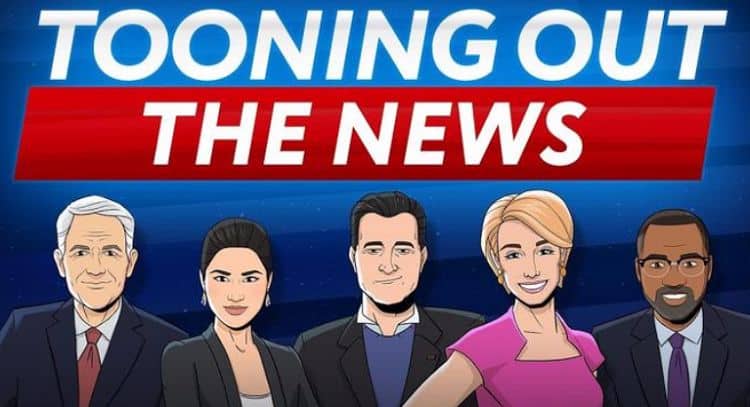 One might think that any news show or parody that has Stephen Colbert as the executive producer would be another way to bash the current president, but as Peter White of Deadline puts it, Colbert is really more into digging on everyone as this animated news show will be interviewing actual people and offering up a funny and engaging way to look at the news. Even better though is that this isn’t violating the quarantine and is still allowing those working on it to practice social distancing as the work is being done from home and as a result can be pieced together to create one cohesive unit. At this point anything that’s designed to lessen the otherwise depressing and sometimes frustrating newscasts that come across the TV every day is something of a relief as we get to laugh and possibly just forget, for a moment at least, the struggle that everyone is likely going through. A lot of people want to blame those in government and it’s a little too easy for a few reasons, since it does feel as though those that are struggling against one another when it comes to helping America are doing so just to have their say and to push their own agenda. In a big way the country has been divided for the past four years in a way that has been seen in the past but is still considered to be one of the greatest schisms of modern times.

Given that a lot of people are going loopy during quarantine without some of their favorite programs to watch or simply because they’re not used to being on lock down in this manner, a lot of our entertainment has had to change, and Tooning Out the News is likely one of those that will be seen as a big help since it could very easily get people to laugh in a time when humor is one of the best tools left to us. Laughing at politics and the government is something that might divide people further, but a lot of times it’s easier to laugh than it is to really pay close attention to what anyone is doing. There are a lot of reasons for this since those in government sometimes bring this upon themselves and at other times they act in ways that one can’t help but find kind of ridiculous since it makes them appear to have less than the best interests of the people in mind when they speak. In a way it all depends on how a person feels about the American government and its many working parts when it comes to humor, as many people tend to feel that at this moment the US government is kind of tripping their own feet when deciding what to do from time to time, and it shows.

The program will be interviewing actual people apparently and will be taking on issues that might be covered in various late night shows, which means that the humor is likely to be plentiful and will likely take aim at the US president more than a few times since he tends to be a favorite target of many late night hosts. Whether it will treat each politician in the same manner is hard to say since being produced by Stephen Colbert it’s not hard to think that there could be a slight tipping of the scales when it comes to who receives the most criticism, but the hope of course is that things will remain as even as possible if only to enhance the comedy and give people a fair look at things and how they stand. If nothing else it’s another show to have fun with and enjoy as the lock down continues and the virus is still being fought as the many upon many different workers out there try to keep our country running and attempt to find a vaccine for the disease. Everyone’s trying to do something to keep up peoples’ spirits and at this time comedy is sometimes the best medicine to be found.

According to Rick Porter of The Hollywood Reporter this show will be coming to us around the 7th of this month, so not too far away, and will hopefully be something that many people can get behind as the need to laugh is pretty important right now as people are continuing to find being stuck in their homes a bit unbearable, especially in the case of extroverts and those that are having to homeschool their children thanks to the closure of so many schools. Shows such as this are bound to be seen as kind of a boon to those that want to see the late night shows but won’t be able to for some time.